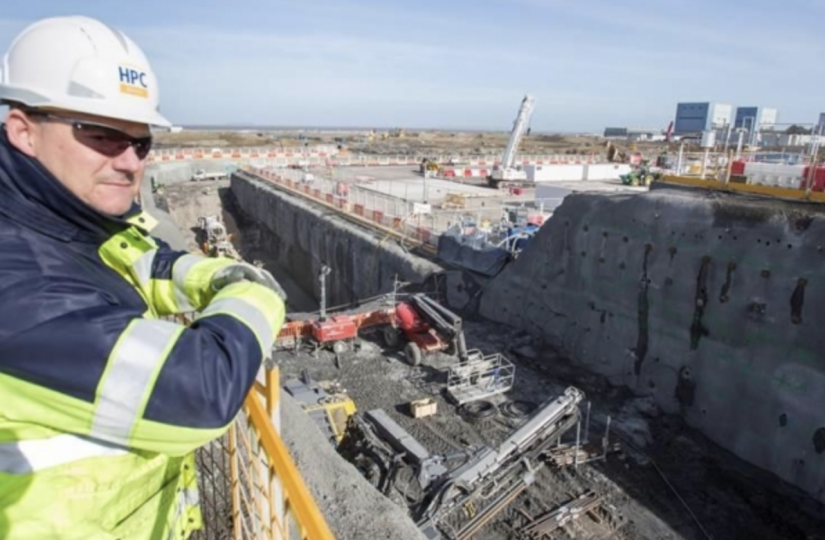 By TruePublica: As the Conservative party gets thrown about in its storm of chaos and instability, other major policy decisions are in disintegration mode whilst the gaze of scrutiny is focused on ‘bloody’ Brexit. Universal Credit is a social engineering project that has universally failed. Instead of helping vulnerable people, thousands have died waiting for it to do something – its failure has cost billions. HS2 the high-speed rail project has ground to a halt, mainly because it’s just a political vanity project that makes no financial or practical sense. It has cost billions. And so it comes to pass that another huge taxpayer-funded project is proving to be nothing more than ‘a white elephant.’

It’s the world’s most expensive power plant ever constructed by mankind. Like HS2 it is massively over-budget and even at this late stage the technology is not actually proven. The £20bn Hinkley Point C project will cost energy bill payers £92.50 for every megawatt-hour of electricity it produces for 35 years. It is a price well above both the UK’s wholesale energy price of around £55 a megawatt-hour and the new breed of offshore wind farms that have just reached all-time lows for price.

The taxpayer is also on the hook to compensate nuclear investors if the project were scrapped. It is the same model used to fund London’s £4.2bn super-sewer project, the Thames Tideway tunnel, which has drawn criticism for raising water bills while investors reap financial rewards.

EDF Energy, the main contractor and the forerunner to the Hinkley C project, at Flamanville in Normandy, is expected to cost four times original estimates. It was supposed to begin generating electricity in 2012, but its latest announcement means firing it up won’t be until  2022 at the earliest – 10 years late. Likewise, in Britain, doubts about the Hinkley nuclear plant being built on time intensified a couple of months ago when EDF announced fresh delays to a prototype in France caused by defective welding.

Then last week, EDF raised the estimated cost of the Hinkley Point C nuclear reactors by as much as £2.9 billion pounds ($3.6 billion) and said there’s a higher risk of a delay to their completion. The project is now on the approach to £23 billion, which saw the price raised to £19.6 billion pounds in 2017 from its original price of £14 billion.

It’s yet another setback for Britain’s plan to have nuclear power play a big part in reducing carbon emissions. The Hinkley Point C units, the country’s first new reactors in decades, had already been heavily criticized for their high cost to consumers.

In the meantime, as this price hike was announced, the UK’s offshore wind sector has smashed records for price in the government’s third Contracts for Difference auction round, with prices running as low as £39.65/MWh.

This is just one-third of the cost to energy users that Hinkley Point C will be. That price is 30% lower than the lowest price seen in the second CfD auction in 2017, when projects came forward at £57.50/MWh. By the time Hinkley Point C comes to the energy market, it will be producing power at a cost expected to be four times renewables.