Hinkley point C: Will the most expensive building project in the world grind to a halt? 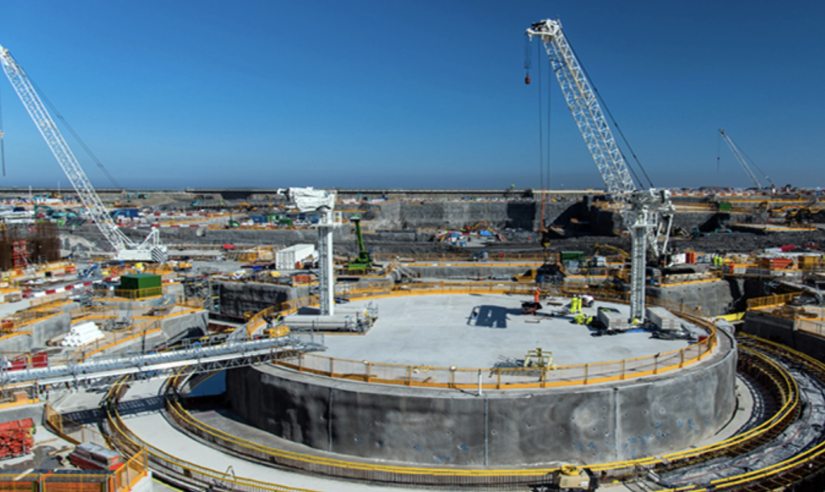 By Paul Brown: The edifice already heading for the status of the largest and most expensive construction project in the world, the Hinkley Point C nuclear power station in the UK, is dragging its builder, the French giant EDF, into ever-deeper debt: the company’s flagship reactor is facing still more delay.

This has led some city analysts, notably S&P Global, to downgrade the company’s prospects to “negative” − which is essentially a recommendation to shareholders to sell.

Apart from the problem that EDF’s fleet of reactors in France is operating well beyond their original design life and are in constant need of safety and maintenance upgrades, the company’s main problem is its flagship, the European Pressurised Water Reactor (EPR), which is getting into ever-greater difficulties.

In Europe there are four EPRs under construction: the two barely begun at Hinkley Point in Somerset in the west of England; one in northern France at Flamanville in Normandy; and the original prototype in Finland, known as Olkiluoto 3 (OL3).

The extraordinary fact is that, although OL3 was due to start up in 2009, it is still incomplete, and its start date has just been put back again – until 2021.

In the midst of the Christmas festivities news was slipped out of another further substantial delay to this reactor, which is being built on Finland’s southwest coast.

Construction began nearly 15 years ago and was due to be completed within four years. But now the reactor is not expected to produce power until March 2021, instead of by the most recent estimate, September 2020.

Bizarrely, the delay is because some of the equipment in the station requires new spare parts to replace earlier versions that have never been used.

Or, as OL3 project director Jouni Silvennoinen said in a TVO statement: “Because of numerous delays we have to do maintenance to equipment and components already installed to ensure fluent start-up and continuous operation. The manufacturing and deliveries of the spare parts take time.”

The second EPR being built, at Flamanville, is in even deeper trouble. Work began in December 2007 on the 1650 megawatt unit, which was originally expected to start commercial operation in 2013, but that has now been put back to 2022.

The latest problem in this catalogue was the discovery of faulty welds inside the reactor’s containment vessel. These require replacement, an incredibly difficult, time-consuming and expensive operation. Because of these problems EDF has been forced to adjust both the schedule and the estimated cost of construction, to €12.4 billion ($13.85bn), three times the original estimate.

Because it has learned lessons from building these two prototypes, EDF says, it is confident that the giant Hinkley Point C twin reactor project will go much more smoothly. The first Hinkley reactor is due for completion in 2025, although cost overruns and potential delays because of unforeseen “ground conditions” have already been announced.

But it is the delay at Flamanville that is having a knock-on effect at Hinkley Point C and is partly causing EDF’s debt problems. The company was granted cheap loans to pay for the UK construction by the British Treasury, considerably reducing the cost to the company by saving it the need to borrow money at commercial rates.

Some with expert knowledge have wondered how on earth EDF can still go forward with a project (Hinkley) that looks like financial insanity for its own accounts.

However, the loan was conditional on Flamanville being up and running by the end of 2020, a condition clearly not going to be met. As a result, the company is financing the build directly from its balance sheet – a big ask, because the estimated cost is more than $25bn (£19bn).

For comparison, the most expensive building in the world to date is the giant Abraj Al Bait hotel, in Mecca, Saudi Arabia, at $15bn. The latest EDF prediction is that Hinkley Point’s reactors will cost from £21.5bn to £22.5bn ($26.6bn-$27.9bn), and that is expected to rise.

David Toke, reader in energy politics at the University of Aberdeen, UK, in his regular blog on energy, puts it this way:

“EDF faces massive financial losses as they continue to fund the building of Hinkley Point C. This is because they are paying for the power station from their balance sheet rather than use much cheaper UK Treasury loans that were originally agreed with the UK Government.”

Toke continues: “In short, paying for the construction costs out of shareholders’ dividends is very costly, something that depresses share prices and in effect loses tremendous amounts of money for the main shareholder, the French Government.

“In order to complete Hinkley Point C, EDF can only do so by issuing its own bonds, and thus accumulating debt that rests on its balance sheets. Such mounting debt reduces the possibility for issuing dividends to shareholders and thus depresses share prices.

“Some with expert knowledge have wondered how on earth EDF can still go forward with a project that looks like financial insanity for its own accounts.”

Dr Toke argues that the only reason for continuing with the project is French pride.

But so far the French Government, which ultimately foots the bill for the nuclear industry’s investments − and its failures − has continued to back all three projects.

The cost to the French taxpayer is already astronomical, and while none of the four reactors produces any power, their costs continue to escalate. How long this can continue, nobody knows.