How bad will it really get under Boris Johnson? 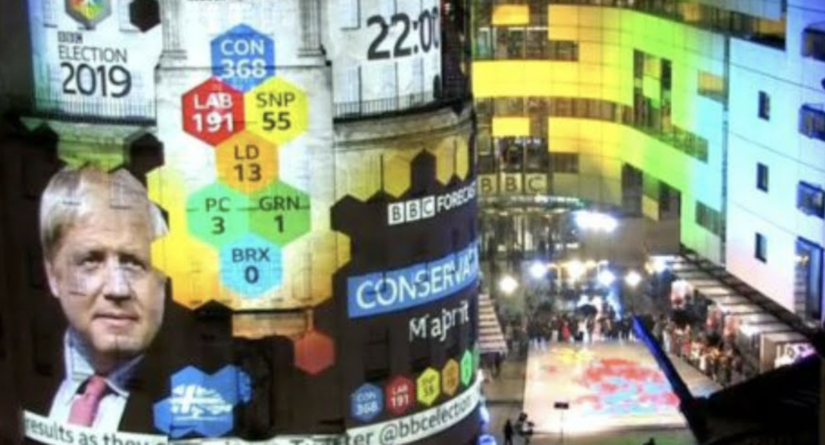 By TruePublica Editor: Many people are deeply despondent about the election loss by the Labour party under Jeremy Corbyn and many are speculating what might now happen over the next few years of another Tory term in office – one with a good working majority and no real opposition while Labour internally combust over who should lead them. But there is some good news to consider.

There’s a hint of what the future looks like under the Tories. Take for instance Boris Johnson’s promise to employ an extra 50,000 NHS nurses. I’m sure we’ve all seen the cringeworthy interview with Nicky Morgan, the culture secretary, who said the additional nurses would be in place “if you look in 10 years’ time” and struggled to explain how the government would convince current nurses not to leave. It turns out that 18,500 of the 50,000 extra nurses promised in their election manifesto would not be new recruits but simply existing staff that the government will try to persuade to stay in the NHS. In other words, there won’t be another 50,000 NHS nurses either in this parliament or the next at best, so we’re looking at beyond 2030 if they actually reach their target.

Social care is another Boris Johnson Guarantee in the manifesto. It said they will ensure that no-one has to sell their home to pay for the cost of their care in later life and that £5 billion in additional short-term funding would be made available to plug the gap for the immediate crisis. Just two days after the Conservative win, senior Tory MP Damian Green publicly states that’s not quite what they meant. What they really meant to say was that social care cannot be funded solely out of general taxation, that “wealth from homes will be needed in a controlled amount” and – yes – a social care insurance backed scheme will be implemented. “I very much hope and expect that this will be an early priority for the government to settle on a scheme, fund it properly and address this big social issue.”

There are other things going on that the Conservative party are very comfortable with. Yesterday, the news emerged that one newly elected MP, Miriam Cates, who won the seat of Penistone and Stocksbridge in South Yorkshire in Thursday’s election, and her husband Dave are behind an app called Foodbank. The app charges charities to register in order that they can list products they are short of. Leaving aside the fact that anyone would actually develop a system to charge charities that feed starving citizens – the morality issue is somewhat overshadowed by the fact that an MP is profiting from the policies they inflict in the first place. In any other business in Britain, this would be regarded as a conflict of interest.

However, I think there is a glimmer of hope in all the despondency.

There is a genuine fear that under a new Conservative government led by Boris Johnson – Britain is heading for a hard Brexit at the end of 2020, that a pro-US trade deal will be done, that constitutional changes will give the PM unprecedented powers and that the union will fall apart pretty quickly. Well, it’s 50/50 at best – and by that I mean the union will likely disintegrate and Boris will attempt to rig the constitution to keep the Tories in power for a generation or more. But a hard-Brexit might not happen and therefore a UK-US trade deal won’t either.

The truth is – power means more to Boris Johnson than governing for the good of the country. He’s a coward as we have all seen with examples of delining broadcast interviews to the extent of hiding in fridges to avoid the scrutiny of journalists. He is not a great statesman but wants to be seen as one.

He may well get Brexit done by simply agreeing with whatever the EU asks – as he did with Theresa May’s deal that he now claims is his own. It’s a worse deal but it convinced the electorate he can get it done. Extrapolating that forward – if that happens, a trade deal with the USA is highly unlikely because standards will have to remain the same. And he gets Brexit done by the stated timeframe of end 2020.

Another thing that has been demonstrated in the last year is that no-one really cares what Donald Trump thinks. He’s so politically toxic (that Johnson didn’t want to be seen with him at the London NATO summit) that doing a deal with him is likely to lose a lot of voters – another reason to do a deal with the EU.

Austerity will continue but in a way that might be more limited. The markets all agree that fiscal policy is now likely to loosen and it’ll probably be targeted at constituency areas that just voted Tory for the first time. There will be some sort of green deal to promote the government in a better light given that the environmental crisis in five years and ten years time, could, be politically catastrophic if nothing tangible is done on election days.

In the meantime, I suspect that other more toxic voices of the neoliberal extremes within the Tory party, such as the shrill voices of the ERG, will be silenced to preserve the false illusion that they are swinging back to the centre-ground.

In the end, for Boris Johnson and his techno-Stalinist advisor Dominic Cummings – winning and staying in power drives and motivates policy. When Brexit is done, the Conservatives will have to be electable – likeable even – if that’s possible, at the next election.

In short, Johnson is a populist but will actually want to be popular and he will create policies to effect that end in order to keep the reigns of power. That means, no mass protests on the streets to keep Trump’s chlorinated chickens out of the UK, which means doing a deal with the EU.

On the downside – public services will not get dramatically better, but as we have just witnessed, every element of the mainstream broadcast media and each billionaire media baron will be aligned to say Johnson is doing the best that resources can stretch to. Needless to say, that won’t be the truth as the health care crisis, social care crisis, homelessness and poverty will continue as a crisis of everyday life for many people. And the political lying will continue – aided by the MSM.

It’s bad – but because of Boris Johnson’s weak spot – that of retaining power –  it could be worse.