Is Johnson planning to renege on his Brexit deal? 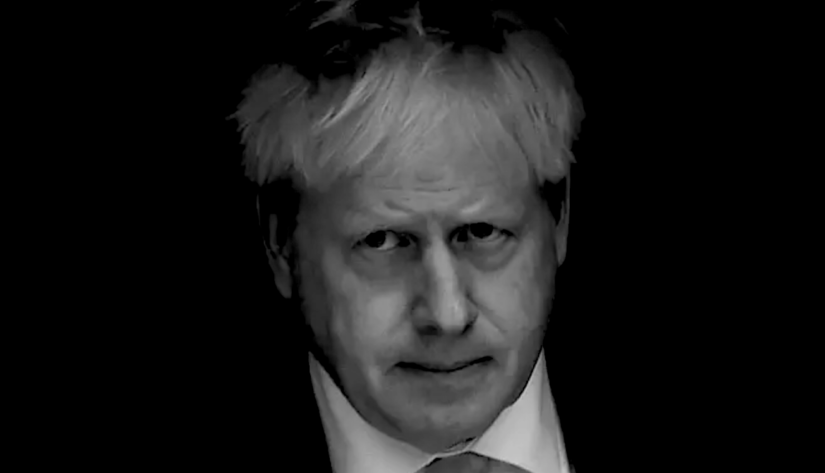 By TruePublica Editor: “There is not a soul in the long corridors of Whitehall who believes the prime minister is telling the truth“. These are the words of Financial Times columnist Philip Stephens whose article is entitled – “Boris Johnson’s lies are plunging Britain into a dark morass.” Stephens is right to point out that deceiving the Queen, someone so widely respected around the world for her probity and commitment to public service has, through tradition, been exposed to the wreckage tactics of Johnson’s mendacity and lack of integrity. But it gets worse than that – much worse.

The challenge to Britain’s judiciary and age-old representative democracy is little more than deliberate subterfuge and double-crossing to suppress parliamentary debate – mainly because the Brexiteers arguments don’t stand up to much scrutiny. The entire language of Brexit – from ‘taking back control‘ to ”no-deal is better than a bad deal‘  – has all been decoded to mean – nothing of any substance at all by those far more respected and knowledgable. They were just slogans that turned out to be the spurious words of the Brexit snake oil salesmen.

The delusional somehow got a foothold that ended with an internal back-stabbing festival among senior Tories, leading to the expulsion of nearly two-dozen life-long Conservative die-hards. It was blue-on-blue. It speaks so much about the utterly appalling condition and betrayal of British Conservatism.

Right now (13.25hrs Thurs) Boris Johnson has announced a deal has been struck. Questions remain about whether it can gain enough support back in Westminster – of course.

In this general atmosphere is it any wonder that this next piece of information that has just leaked out from the Foreign and Commonwealth Office via former British Ambassador Craig Murray goes public:

There is currently considerable alarm in the FCO that Legal Advisers have been asked about the circumstances constituting force majeure which would justify the UK in breaking a EU Withdrawal Agreement in the future. The EU did not fall for Johnson’s idea that a form of Northern Irish “backstop” would only come into effect with the future sanction of Stormont, as this effectively gives a hardline unionist veto, and Barnier was not born yesterday. The situation that Johnson and Raab appear now to contemplate is agreeing a “backstop” now to get Brexit done, but then not implementing the agreed backstop when the time comes due to “force majeure”.

There are two major problems with this line of thinking. The first is that it will give unionists an incentive to foment disorder in order to justify breaking the backstop agreement – indeed there is a concern that might be the tacit understanding Johnson is reaching with the DUP. Remember the British state conspired with the same people to murder the lawyer Pat Finucane and destroyed the evidence as recently as 2002.

The second problem is one of bad faith negotiation, and this is what is troubling the diplomats of the FCO. To negotiate an agreement with the secret intention of breaking it in future is a grossly immoral proceeding, and undermines the whole principle of good international relations. I should like to be able to say that I am sure this cannot be the intention. But when I look at Johnson, Raab and Cummings, I am really not so sure at all. It is possible that Johnson will succeed in the apparently insurmountable challenge of securing a deal all parties can agree, by the simple strategy of promising some parties he has no intention of honouring it.

If I had to put Murray’s word up against any single Conservative politician today – I’d back Murray. So you read it here first. Johnson will concede on issues to push his version of a Brexit deal, make promises to the EU and NI, wrap them up in propaganda that he has delivered and as soon as anything like reality or scrutiny pops up – his government will renege on the deal. Will this fakery enable an election victory?

Perhaps his deal won’t get that far because as the first sentence in this article says – “There is not a soul in the long corridors of Whitehall who believes the prime minister is telling the truth.”

The Cummings and goings of this government is quite extraordinary.