Is Liz Truss about to sell out our environment for a trade deal after Brexit? 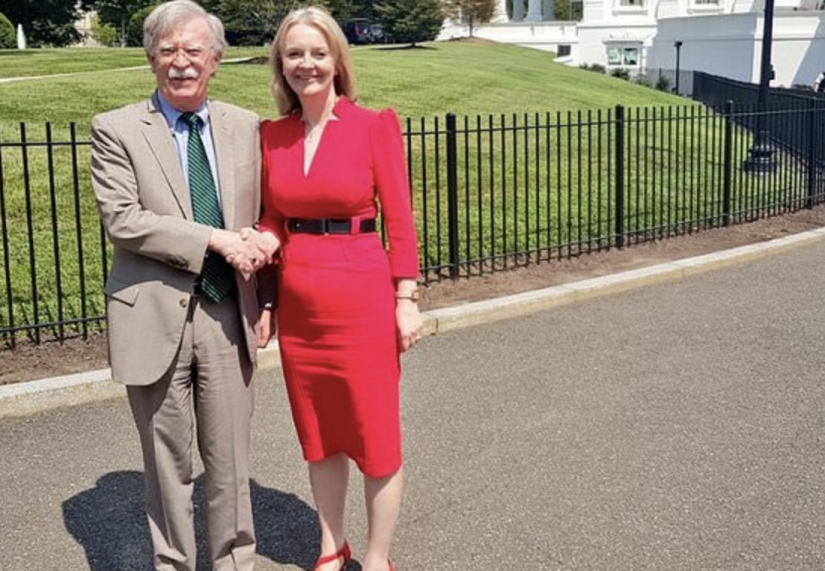 By Faisal Rashid – Labour MP for Warrington South and a member of the International Trade Select committee. For the first time in 46 years, the UK is developing its own approach to international trade. As a member of the International Trade Select Committee, I know from first-hand experience that scrutinising this approach can be a frustrating task. Just over a week ago, newly-appointed Secretary of State Liz Truss refused to appear before the committee prior to the prorogation of parliament. Angus MacNeil, chair of the committee, was quick to point out that since her appointment as Secretary of State, “Truss has found the time to cross the Atlantic to meet with Trump administration officials, but has been unable to cross Whitehall and appear before the select committee responsible for monitoring the work of her department”.

Days later, a number of my parliamentary questions to Truss’s department were also met with silence and dismissal: “It has not proved possible to respond to the hon. Member in the time available before Prorogation”. This is the blunt reality of prorogation: at a time when far-reaching and unprecedented political changes are taking place in our country, there is no place for proper scrutiny of the government’s position. Now that the trade bill has been “dropped” due to the sudden prorogation of this parliamentary session, MPs could end up without a meaningful vote on any of Britain’s post-Brexit trade deals.

Nowhere is the need for parliamentary scrutiny more urgent than in the Department for International Trade (DIT), where the government’s apparent commitment to combat a global climate emergency seems to have barely registered in policymaking terms. In 2017, under Liam Fox’s stewardship, DIT civil service documents photographed on a train revealed the Government’s plan to “scale down” some “economic security-related work like climate change”. There is no evidence to suggest that Truss, whose personal aversion to environmentally friendly policies is well documented, will deviate from this path. A former Shell employee, she has spoken derisively of UK climate protesters as “a bunch of anti-capitalists that glue themselves to public transport”. Now she opts to consort with climate change deniers in the White House while literally writing the rulebook on UK trade policy without being held to account.

“Nowhere is the need for parliamentary scrutiny more urgent than in the Department for International Trade (DIT), where the government’s apparent commitment to combat a global climate emergency seems to have barely registered in policymaking terms.”

Recently, we have seen the inspiring example of young people from all over the world taking a stand against the degradation and destruction of our planet. They have catalysed a truly global, grassroots movement: in March this year, children walked out of schools in 2,233 cities and towns in 128 countries. I was proud to protest alongside them; I was also embarrassed that it should take a group of schoolchildren to pressure our political leaders to act. They offer a political message in short supply at present, one of hope, solidarity and shared ambition for the future.

But I do fear that the critical role of trade policy in our fight against the climate crisis is being overlooked. Without radically re-thinking our approach to international trade, we will fail to achieve concrete, systematic change, and the voice of future generations will be silenced until it’s much too late.

In their present form, Free-Trade Agreements (FTAs) do almost nothing to protect the wellbeing of our planet. They are totally unfit for purpose and represent an outdated, destructive instrument of global governance which benefits the interests of a tiny elite, all at the expense of our shared environment. Under current FTAs, binding trade rules severely restrict the role states can – and must – play in reducing their carbon emissions. Investment protection provisions are used to defend and extend investments in fossil fuel extraction, shipping and consumption. Investor State Dispute Settlements (ISDS) are also regularly used in FTAs, mechanisms which allow international investors to legally challenge states where government action may negatively affect the profitability of an investment.

“In their present form, Free-Trade Agreements (FTAs) do almost nothing to protect the wellbeing of our planet. They are totally unfit for purpose and represent an outdated, destructive instrument of global governance which benefits the interests of a tiny elite.”

This means that extreme fossil fuel extraction methods like fracking, for example, can continue against the wishes of a democratically elected government, or perhaps more importantly, against the wishes of local people forced to live in dreadful environmental conditions. A government report from 2015 concluded that fracking increases air pollution, with substantially higher impacts at the local level where extraction activities are clustered. Fracking also generates large amounts of wastewater, which poses contamination risks to local ecosystems from spills and mismanagement. We know the harm which fossil fuel extraction causes, but if we fail to incorporate this knowledge into our international trade policy, these practices will continue unabated.

When considered in this context, Truss’s evasion of parliamentary scrutiny is all the more alarming. Her dogmatic approach to trade is one which prioritises the opening up of “free-markets” above all else. With UK trade policy unshackled from EU regulations and democratic accountability, environmental protections that are essential to the survival of our planet could be reduced to a mere bargaining chip in backdoor trade deals with the US. The former Director-General of the World Trade Organisation, Pascal Lamy, has warned that “without new safeguards to ensure there is strong and continued co-operation and alignment [with the EU], Brexit could destroy environmental protections”. There can be no mistake that in the coming years, trade will be the key battleground in our fight for climate justice.

At the next election, Labour must adopt a just trading policy founded on two core principles: democracy and care for our planet. We cannot simply insert pro-climate policies into the UK’s pre-existing approach to trade, as though protecting the survival of our species were an aim somehow subordinate to the unchecked profiteering of global investors. Radical, wholesale change is necessary. In an era of climate emergency, protecting people and planet must be the organising principle of a just and humane international trade policy.

(Main Image: Liz Truss meets former US security adviser John Bolton August 2019. Bolton has since been sacked for being too dangerous over his desire to attack Iran)