Is this Boris Johnson’s biggest lie? 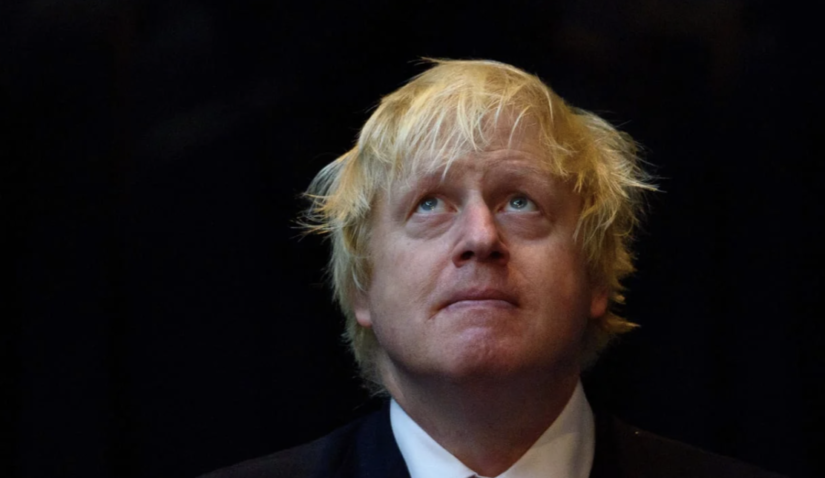 By Rob Woodward – TruePublica May 5th 2020: The government has privately conceded there will be post-Brexit checks on goods crossing the Irish Sea, months after Boris Johnson insisted there would be no such trade barriers. This is not a mistake or an error of judgement or the result of being badly advised – this was concocted as a lie. And it’s a big one. There is no possible way of denying this is the case.

In a letter to the executive office in Stormont, the government confirmed there would be border control posts in three ports, Belfast, Warrenpoint and Larne.

Declan Kearney, one of the two junior ministers in the executive office, the regional equivalent of the Cabinet Office in London, confirmed the details at a select committee session in Belfast on Wednesday.

“The sum total of that, and without breaching executive confidentiality … [is that the] British government has confirmed it will urgently put in place detailed plans with the executive, which does include the physical posts at ports of entry,” said Kearney.

The Northern Irish protocol was always important. It was one of the main sticking points of the withdrawal agreement, which was signed in January after Johnson led the Conservative party to an 80-seat majority in December. Johnson always assured the public and business leaders that there would be no checks between mainland Britain and Northern Ireland.

The protocol will become law whether there is a deal on trade or not. Unsurprisingly, the EU had become seriously agitated with Johnson’s constant reassuring claims that there would be no checks because they knew this was crossing a red line. They’ve said so all along – from the very beginning.

What this confirms, as has been said on so many occasions before by many, many experts, by many politicians and political commentators – or indeed anyone with more than just a basic grasp of what Brexit actually means is this. The British government have deliberately lied to the public to ‘Get Brexit Done.’ They have knowingly signed a contractual obligation knowing they would break it. They have done this knowing this would be politically unacceptable, knowing it would be divisive for NI and Ireland and for their communities. Border checks also potentially means the rise of sectarian violence and they knew this too.

A Cabinet Office spokesman said: “We want to work with NI businesses and the executive to ensure new admin procedures are streamlined and efficient. The protocol puts legal obligations on both sides. We are committed to complying with ours, just as we expect the EU to comply with theirs.”

That’s not a misrepresentation or a distortion of the truth – that is an outright lie. It’s not even a clever use of words.

If you are a Brexiteer – ask yourself – did you vote for a government that may or may not do a deal with the EU? Did you vote for a government who may or may not do a deal with America? Did you vote for the Union of Britain to disintegrate, for the nation to fracture, for entire communities to divide? Did you vote for GMO foods, hormone-injected meat, chlorine-washed meat products, for no origin of country labelling, for decades of environmental standards and hard fought for employee protections to be brushed aside in favour of corporatism? Have you ever lived in a deregulated country like America or any other country that operates solely under WTO rules? If the answer to that last question was no – you should try it – it’s truly awful.

No-one should point the finger at Brexiteers and apportion blame. They were very cleverly duped by the most sophisticated propaganda machine in human history. It cost billions to develop and was tested in many countries on hundreds of millions of people before it targeted you. You don’t have to admit you were wrong, simply recognise that they got one over you – and you are by far, not alone.

I have lived in a country that has the type of regulations that will allow for a free-trade agreement with America. The basic experience of it is this; you’ve no idea where most food comes from and even if it says so on the label, or says it’s organic or any other claim – there’s a very high chance it’s not true. I once bought a pair of driving glasses that snapped in half the very first time I took them out of the box – and the retailer blamed me and refused to do anything about it without even looking at the glasses. I’ve bought electronic items that when you get them home and register the product – an error message returns the news that the product is not supported in that country. I’ve owned a car where the dealer revoked the entire warranty because I was a week late getting it serviced. The medical system in such countries provide some of the biggest companies in the world to exploit any weaknesses in your personal health and welfare and believe me when I say this – you come a long way down the list behind profit margins.

In this environment, almost everyone is attempting to get one over you. You are permanently on alert – and permanently upset about being conned. You trust no company and no brand. These countries, more often than not ramp up libel laws, designed to protect business, not their consumers.

Under this regime, knowing all this, would you still vote for Brexit and have no idea where it is leading you or your country. Voting to leave the EU is one thing, but not knowing what you voted for at all is like going to a local election and not knowing who is standing or what party they represent.

We don’t know if Britain is heading for a hard-Brexit on December 31st this year – because we don’t know what was really being voted for in the first place.