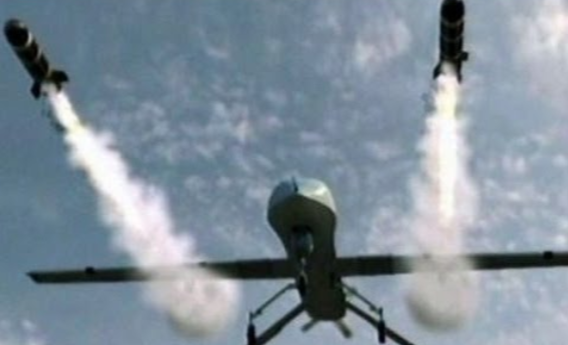 Britain continues to sit at the feet of America as it’s European poodle and do loyally as it is told. With a desperately needed trade deal already negotiated (but not yet announced), Britain cannot afford to rock the military and surveillance industrial complex on both sides of the Atlantic – as confirmed yet again by the Defence Secretary. Britain will continue to fight wars even when there is no war to fight.

By Chris Cole – DroneWarsUK: On Saturday (23 March) the Syrian Defence Force announced that ISIS’ last stronghold, the small town of Baghuz on the banks of the Euphrates, had been captured. With that, ISIS’ so-called Caliphate was at an end.

When British MPs voted for resolutions supporting strikes against ISIS in Iraq and Syria, these had specific aims. Firstly, in 2014, strikes were authorised to aid Iraqi security and then in 2015, to eliminate ISIS’ safe haven in Syria. Now, more than four years later, Iraq has declared victory over ISIS, and the so-called ‘safe haven’ for ISIS has been removed

Over the weekend, however, British ministers have been quick to insist that the battle goes on. In a clearly coordinated message, both British and US Defence Secretaries argued that while the caliphate is over, the ideology remains. British Defence Secretary Gavin Williamson, wrote in The Telegraph:

“We cannot say this fight is over. The terrorists are as much an evil ideology as a geographical entity. We’ve always known that cutting off one head of the snake could lead to others springing up elsewhere. We’re painfully aware of the threat these extremists still pose whether to Iraq, the wider region or to our own shores.”

And lest his intent to launch air strikes wherever deemed necessary was not clear enough, he went on:

“As I said to RUSI recently, a Global Britain must to be ready to intervene, using all the hard power at our disposal to defend the international rules-based system.”

Meanwhile, acting US Defence Secretary Patrick Shanahan welcomed the “critical milestone,” but warned that “our work is far from complete. We will continue our work with the global coalition to deny Islamic State safe haven anywhere in the world.”

It may be true of course to say that the ideology remains and that ISIS will continue to launch attacks despite the loss of territory. However, it is far from clear whether continuing air strikes by US and British drones and other aircraft will do anything to weaken such an ideology. Likely just the opposite.

Despite some making bellicose noises, it is not clear at this point whether British drones and other aircraft will continue to launch strikes now the ISIS has lost its territory.  But efforts to stretch four-year old parliamentary resolutions to legitimise air strikes against an ideology – perhaps even beyond Iraq and Syria – would be laughed at if politicians and the public were not so distracted by Brexit.

Some, thankfully, are paying attention. Last month, shadow Foreign Secretary Emily Thornberry insisted in the House of Commons that MPs did not vote for an open-ended military commitment and that once ISIS has lost their territory, “the 2015 mandate for military action will need to be renewed if our engagement in Syria is going to continue.”

While the US has long deemed itself to be in a global war on terrorism, the UK – along with most of the international community and international law experts – has taken a different view. Attempts by some ministers to join the US in a boundary-less war on an ideology – no matter how abhorrent – must be resisted.  British drones and other aircraft should now cease launching air attacks and the UK should instead turn its attention to aiding post-conflict stabilisation and reconstruction in the region.