Johnson’s biggest lie is that he’ll get Brexit done 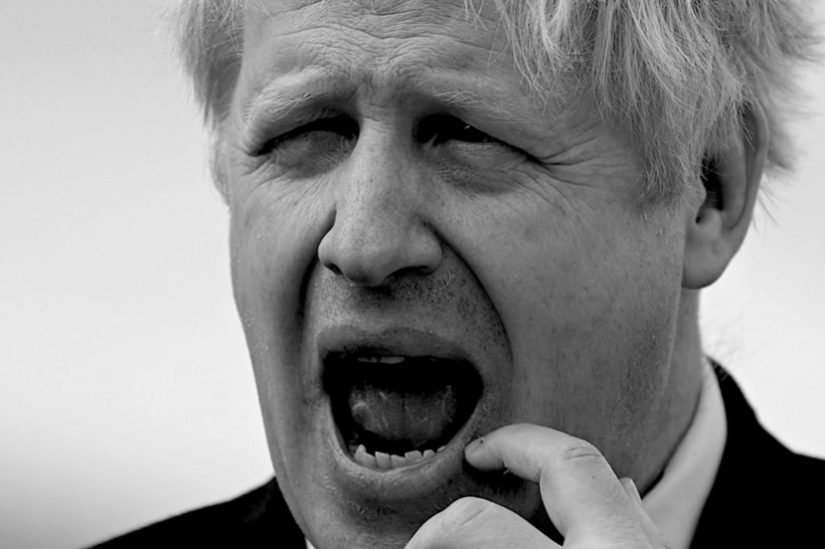 Here are eight reasons why voting for the Tories won’t put an end to Brexit.

Boris Johnson boasts about his “great new deal”. In fact, his Withdrawal Agreement is a “surrender deal” which gives the EU pretty much everything it wants. What’s more, it only covers our divorce. Talks on our future relationship will only start in earnest if and when we leave.

To extend or not to extend?

If Johnson wins the election, he will have to decide whether to extend the “transition”. To cushion the blow of Brexit, he has agreed that we will have access to the EU’s market until the end of next year. But we will then face the full force of the divorce unless the Prime Minister either delays our exit again or agrees a trade agreement in record time.

He says he won’t extend the transition in the manifesto. So if he did, he would have to break this commitment. He would also have to agree financial terms with the EU. (See the Withdrawal Agreement, Article 132, paragraph 3).

Observers think the cost would be at least £1 billion a month, with no money coming back to us. A deal on extending the transition has to be agreed by July 1. So much of the spring could be spent wrangling over whether to ask for a delay and how much to pay for it.

Johnson has agreed to try to reach a new fishing deal with the EU, covering “access to waters and quotas shares”, by July 1. (See the Political Declaration, paragraphs 73 and 74).

It’s true that this is not a legally-binding deadline. But some countries including France care passionately about keeping access to our fishing grounds. They won’t let us move ahead with the main trade talks until they have got what they want. They also won’t give us an extension – if the Prime Minister does a u-turn on that – unless we agree on fishing. So lots of next spring will be spent arguing about that.

The Prime Minister wants a so-called Canada-style deal with the EU but without “political alignment”. This is what he promised in the infamous video which led to Nigel Farage standing down his Brexit Party candidates in half the country to give the Conservatives a free run. He repeats it in the manifesto.

Forget for a moment that Canada has a far worse deal with the EU than we do. Johnson won’t be able to get even this second-rate agreement unless he follows lots of EU rules to ensure a “level playing field”. This is not conjecture. The Prime Minister himself has agreed to uphold standards on “state aid, competition, social and employment standards, environment, climate change, and relevant tax matters”. (See the Political Declaration, paragraph 77).

The trouble with starting negotiations with an impossible ask is that it will take time even for somebody as expert at eating his words as Johnson to perform the required u-turn.

Canada took seven years to agree its second-rate trade deal with the EU. The Prime Minister claims he can reach an agreement by the end of next year. The only way he can possibly do that is by again giving the EU everything it wants – signing up to another surrender deal.

Crashing out ≠ getting Brexit done

If Johnson doesn’t extend the transition and doesn’t get a trade deal, we’ll crash out of the single market at the end of next year. That will be so catastrophic for our economy that we’ll be desperate to get some access to the EU’s market. The early part of 2021 will be spent arguing over that.

The EU accounts for half our trade. Deals we have with 70 or so other countries such as Canada and Japan by virtue of our EU membership account for another 12%. We will need years to copy them all – and they’ll have us over a barrel.

There won’t just be wrangling between the Prime Minister and the EU. There will be endless infighting within the Conservative Party about whether to tough it out or surrender.

As a result, day after day, we’ll wake up to news about Brexit. It’ll be like Groundhog Day.

If you don’t want that, kick Johnson out of Downing Street. If you want our politicians to fix the country’s real problems rather than obsessing about Brexit, vote against the Tories on December 12. We’ll then get a new referendum and the chance to stop Brexit. After that, we’ll never have to hear about Brexit again.

Written by James Early for InFacts. InFacts advises tactical voting in the coming election. Pro-Europeans should back the candidate with the best chance of defeating the Tories, so long as that candidate supports a new referendum.