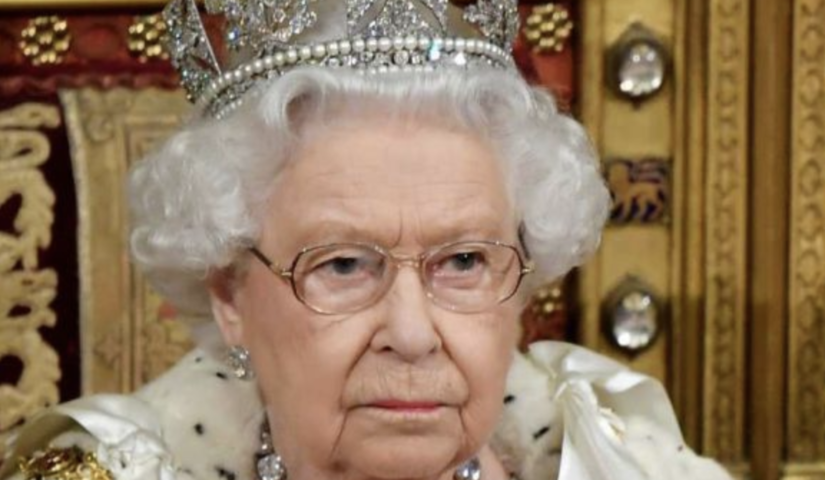 TruePublica Editor: One of the things to admire about our 93-year-old Queen is that she manages to use the same non-committal tone and language regardless of the drivel she is required to read out by her duplicitous government. By any stretch of the imagination, it was little more than a piece of pre-election propaganda by Boris Johnson and, as they say, a legislative agenda the government has no intention to pursue, no majority to pass, and no capacity whatsoever to deliver. The Queen would have known all this in advance but has no choice but to keep up appearances – and she would not have been amused.

Trashed in lightning speed this year, the only thing that most people were concerned about in the Queen’s speech was if there was any news on Brexit. As we already know – Johnson’s Brexit plan, to Leave on October 31st, leaves the UK economy £50bn worse off and every household in the country about £2,000 worse off to pay for it. It’s not as if the experts haven’t hit their calculators hard enough in the last few weeks and told them so. They even said that the best scenario possible was a hit to the economy of £16 billion.

Academics at King’s College London said the current plan that is the subject of intense negotiations between UK and EU officials would be worse for the UK economy than Theresa May’s deal – and that was deemed to be the worst deal of all deals ever – so it was rejected three times over – including by Johnson and his acolytes.

This speech also confirms the end of the union. For Scotland, this is more ammunition to call for independence. War has been declared – Ian Blackford, the SNP leader at Westminster:

“Boris Johnson’s toxic Tory agenda would be devastating for Scotland – ripping us out of the EU, single market and customs union against our will, destroying jobs, and inflicting lasting harm on living standards, public services and the economy.

The Tory leader’s time is up. The SNP will do everything we can over the coming days to bring this failed Tory government to an end – and prevent it imposing its tired, damaging policies, including by opposing this hijacked Queen’s Speech if it ever comes to a vote.”

With reference to Brexit, DUP Brexit spokesman Sammy Wilson, when asked about Commons Leader Jacob Rees-Mogg saying is willing to “eat his own words” and back a customs plan he once branded “completely cretinous”, responded: “Whatever appetite he has for his own words or whatever, we will not be eating our own words. Our position is clear, the government knows what our position is and we will not be dining from a different menu.”

Sir Jeremy Greenstock, Britain’s former ambassador to the UN, warned that the UK’s position on the world stage had been damaged by Brexit.  “We’ve fallen back in international esteem and we’ve lost an awful lot of ground.”

But here we are all the same.

It true Trumpian populist style – Boris Johnson promised in late July to make the United Kingdom ‘the greatest place on earth’ by leaving the European Union on Oct 31st. We’ll see if we leave but there are no chances of becoming remotely like a great nation again with words and nothing concrete to back it up. For a start, the money is on the United Kingdom breaking up – because the hedge-funds will be aiming their profits at that next. If Scotland’s bid for independence is successful – and it will be, Britain loses a very large chunk of its territory, waters and with the latest oil find – wealth.

In the surreal world of Brexit Britain, we have to consider the machinations of the driving force behind the Conservative party strategy – keeping their funders happy. If not, there’s no chance at all that they would win the expected snap general election. The reality is that a crazed techno-freak in the guise of Dominic Cummings is playing to the tune of the hedge-funds.

In August, Cummings even bragged to Tories about raising money from “billionaire hedge fund managers” for this election campaign. His ego really does get the better of everything.

It was widely reported that pro-Brexit politicians and investors, including Crispin Odey, Jacob Rees-Mogg, and Nigel Farage, allegedly profited in various ways from Brexit, including short-selling. And this continues to this day. It’s easy, isn’t it? Make a negative announcement and Sterling falls – make a positive announcement and the opposite occurs.

It is plausibly speculated that these and other investors stand to make huge profits from these currency fluctuations, and the big prize, is of course, from a no-deal Brexit.

Donors for Boris Johnson included individuals from companies like Melbury Capital, Montanaro Investment Managers, Perella Weinberg, RK Capital, SRM Global, and Christofferson, Robb & Co – and more. Does anyone really think that they are happy to throw money at a political party that will not transform their investment into handsome returns?

The funding of a ruling government by what can only be described as disaster capitalists raises some pretty serious questions.

Just for starters, would Eurosceptic Tory MPs have been empowered to trigger the Brexit referendum in the first place without help from their banker and hedge fund donors?

And where is this leading? There’s a trajectory that surely even the most ardent of Leave voters must be able to see by now. There is no good news on the horizon, it just gets worse and worse by the day and Britain could easily now stumble from crises to crises that make the poor more vulnerable, the middle class less able to manage and the rich hedge fund owners even richer.