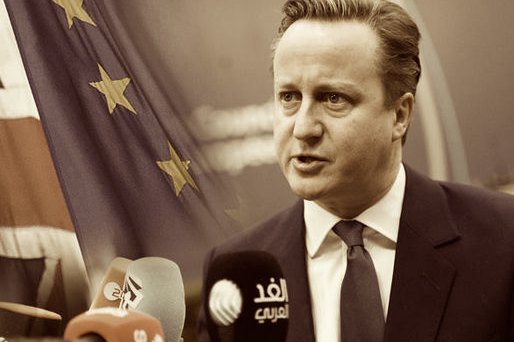 Post Brexit Britain continues to wonder what it has done now that the government and its opposition party are disintegrating in a what resembles a power vacuum. Politicians have shamelessly started back-tracking on the various pre-election statements and promises they simply could not substantiate in the cold light of basic scrutiny. In the meantime, the blame game is focusing on the young blaming the old. The 18-25 years olds have been sobbing about the elderly selling their futures down the river without a paddle. A pity then that barely 30 per cent of this group could be bothered to get out bed and vote whilst well over 80% of the over 65’s got into their wheelchairs, out of care homes, armed with disabled stickers and besieged the polling stations.

However, if a recent leaked document is to be believed then the wisdom of the elderly, who simply don’t trust unelected technocrats meddling in British affairs, may well have done everyone a favour. The foreign ministers of France and Germany backed by the EU Commission and its Parliament have decided to accelerate their long-desired plans to create the European superstate described as an “ultimatum” by several EU members. The plan is designed to capitalise on the immediate mess the Brexit vote has created for Britain and frighten other member states into a “your with us or against us” decision.

The proposals ultimately mean that EU member states will lose their central banks, criminal laws and even their own armies, whilst powers seen as sovereign are transferred to the heart of the superstate in Brussels. Understandably, some EU member countries have reacted angrily knowing full well that their citizens would throw them out of power with such a suggestion.

Clearly, this document could have been leaked to gauge public reaction. Indeed, it may not come to anything at all for the immediate future but it does give a strong hint on future aspirations of the EU.

The knee-jerk reaction to enforce “EU integration” has come to light with another report prepared by the German Finance Ministry and presented just days before Britain’s EU referendum that found that France, the Netherlands, Austria, Finland and Hungary could all follow Britain out of the European Union in a rash of anti-Brussels rebellions.

The warning came in a document obtained by German media as foreign ministers from the six EU founding member states met in Berlin to discuss how to shore up the ailing European project.

This from Finland Politics – headed Finland: tough choices to make after the Brexit

However, Finland has to face political risks. The first is internal, with people led by Timo Soini and his party: they are already asking for a referendum, but in the present situation there is no majority to leave the EU. But there is also an external one, as Finland may have to make quite rapidly a choice, between following the founding members of the EU (Germany, France, Italy, Netherlands, Belgium, Luxembourg) , who have met on Friday and are pushing for more integration and a more federal EU, and the others,  for the moment led by Poland, who were generally UK allies in the EU to block more integration and more social regulations. The problems for this group of rebels is that they are mainly the ones on the receiving end of the EU budget, and leaving the EU would mean abandoning this money coming mainly from the founding members, so there is practically no chance that they stay rebels very long.

In other words, the EU is threatening Finland with being cut loose with no financial aid and total economic isolation if they were to vote to leave the Union.

“Germany’s foreign minister Frank-Walter Steinmeier and his French counterpart Jean-Marc Ayrault today presented a proposal for closer EU integration based on three key areas – internal and external security, the migrant crisis, and economic cooperation. But the plans have been described as an ‘ultimatum’ in Poland, with claims it would mean countries transfer their armies, economic systems and border controls to the EU. Controversially member states would also lose what few controls they have left over their own borders, including the procedure for admitting and relocating refugees.”

“Paris and Berlin want to reinforce integration within the EU after the British referendum, bolstering common defence, migration and fiscal ties among the members, media revealed citing a French-German memorandum. A common French-German memorandum entitled ‘A strong Europe in the world of uncertainties’ was released by Poland’s TVN broadcaster on Monday. The document is said to be authored by French Foreign Minister Jean-Marc Ayrault and his German counterpart Frank-Walter Steinmeier. The document, which the Polish broadcaster claimed was a bombshell plan to create a “super-state” led by a Paris-Berlin alliance, proposed closer cooperation on internal and external security, the migrant crisis, as well as a change in the EU’s fiscal and economic policy.”

And from the British mainstream, The Daily Express headlined with: European SUPERSTATE to be unveiled: EU nations ‘to be morphed into one’ post-Brexit

“The foreign ministers of France and Germany are due to reveal a blueprint to effectively do away with individual member states in what is being described as an “ultimatum”. Under the radical proposals EU countries will lose the right to have their own army, criminal law, taxation system or central bank, with all those powers being transferred to Brussels. Controversially member states would also lose what few controls they have left over their own borders, including the procedure for admitting and relocating refugees. The plot has sparked fury and panic in Poland – a traditional ally of Britain in the fight against federalism – after being leaked to Polish news channel TVP Info.”

Only time will tell if post Brexit Britain fares better or worse outside of the now 27 nation bloc. With half a dozen more EU members contemplating a referendum of their own and the EU pushing an ultimatum at them, extreme political parties emerge.

Austria very nearly voted in an extreme right-wing party in elections a few weeks back. In Austria, European governments see a mirror of their own future. Social tensions are increasing and the rise of nationalism is evident everywhere throughout the EU. This is creating a dangerous environment as austerity ridden Europeans react badly to being told what to do by the faceless and unelected in what could soon see a tinderbox sparked by an unwanted European superstate engulfed in violence.