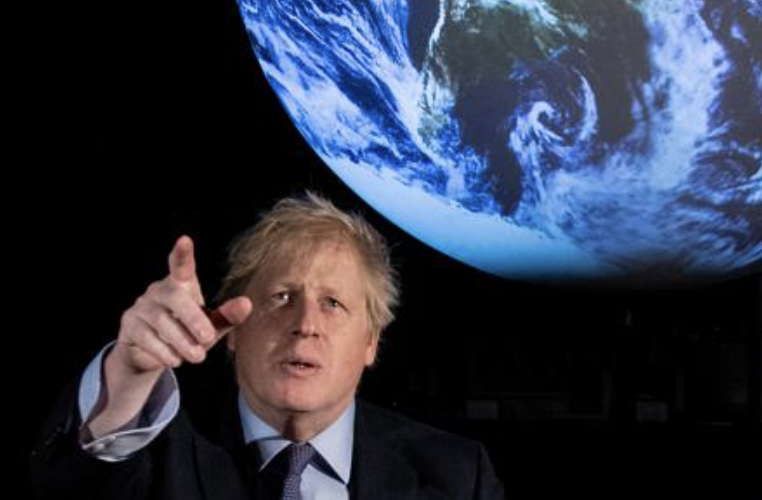 By Phoebe Cooke – DeSmogUK: A calamitous year of lockdowns, tiers, and certainly tears, have left us reaching for 2021 like sun-starved plants in a darkened room. The last 12 months have also been a stark reminder of how far we are still from intersectional justice: environmental, racial, political. After the year that’s been, it’d be a fool’s errand to guess what 2021 holds in store. But there are a few things that we’ll be keeping our eyes on come rain or shine – especially COP26, clean air, and Biden’s next steps

The most critical climate summit since the Paris Agreement is set to go ahead this coming November, putting the UK co-hosts firmly in the hot seat.

If anything, the year-long COVID-caused delay has piled extra pressure on the talks in Glasgow to succeed. They’ll now take place 11 months after the submission deadline for individual climate plans — known as Nationally Determined Contributions (NDCs) — has elapsed.

This means the Paris Agreement’s 195 signatories to who committed to “pursue efforts to limit the global average temperature increase to 1.5C above pre-industrial” are under pressure to show how they’ll implement their improved targets to prevent catastrophic global warming, including through shorter-term 2030 pledges to beef up existing longer term commitments.

The UK government appears to have taken this on board, recently announcing a 68 percent reduction in emissions by 2030 from a 1990 baseline, along with a “Green Industrial Revolution” and its first white paper on energy in 13 years.

But despite bold new pledges, the UK still has a lot to prove. This year we reported how MPs held multiple meetings with the likes of Shell, BP and Equinor as companies lobbied for sponsorship at the summit. And while these prominent polluters have been avoided so far, campaigners argue the choice of sponsors, including Scottish energy company SSE, leaves a lot to be desired.

If winning the U.S. election wasn’t exactly straightforward, Joe Biden now has a mountain to climb. He takes over the White House from the most climate-sceptic President in history; President Donald Trump scaled back over 70 environmental regulations during his time in office and weakened Obama-era regulations on everything from oil and gas companies to air pollution.

Biden, and his Vice President Kamala Harris, have vowed to put the climate at the heart of his presidency. But all the rhetoric in the world won’t be enough to reduce the footprint of the world’s second largest emitting nation, so they’ll have their work cut out for them — especially if the Democrats fail to win the Senate.

On the global stage, Biden’s first major act after his January 20 inauguration will be to rejoin the Paris Agreement after Trump officially withdrew in November. This will commit the U.S. to contribute its fair share to keeping global warming to 1.5C or 2C above pre-industrial temperatures. But actually delivering adequate reductions in emissions will be an uphill battle.

We’ll be looking to see how this plays out on a global stage – and scrutinising how Biden plans to cut U.S. emissions while keeping environmental justice firmly in focus. It remains to be seen whether Biden and Boris Johnson manage to bond over climate change, as has been suggested, despite the president-elect’s serious concerns over Britain’s Brexit policy.

The air we breathe became more talked about than ever during COVID-19, when a temporary slow in traffic and definite change in pace made many reflect on pollution levels in their immediate environment.

Then, in December, an inquest into the death of nine-year-old Ella Kissi-Debrah showed that this air could also be fatal. The landmark ruling found air pollution contributed to Ella’s death — the first time this cause of death has ever been recorded in the UK.

Ella, who was severely asthmatic, lived within 25 metres of the heavily congested South Circular Road in Lewisham, in an area where illegal levels of air pollution were said to constitute a public health emergency.

Campaigners are hoping that “Ella’s Law”, a clean air act proposed by campaign organisation Clean Air London and set to be named after the schoolgirl, could improve existing legislation on air quality this coming year.

We’ll be keeping our eyes on this, as well as the future of Low Traffic Neighbourhoods (LTNs). More than 200 LTNs were introduced across 50 UK councils to cut congestion and improve air quality over lockdown, but have met with mixed reactions, and in some cases been accused of actually increasing traffic.

DeSmog will be ready to track all progress on air quality — and any opposition to it, with the help of our extensive air pollution database and investigation into lobby groups backed by big brands resisting clean air measures.

If 2020 was the year a growing number of polluters — whether companies or governments — pledged to tackle climate change, 2021 needs to be the year these pledges sprout wings and start soaring towards progress. Whatever happens, we’ll be watching, and reporting, every step of the way.