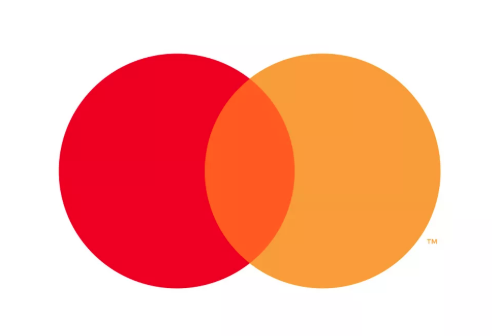 Mastercard was originally known as “Interbank” and “Master Charge” from 1966 to 1979. It was created by several California banks as a competitor to the BankAmericard issued by Bank of America, which later became the Visa credit card issued by Visa Inc.

Prior to its initial public offering in 2006, it was a cooperative owned by the more than 25,000 financial institutions that issue its branded cards. Its latest announcement confirms a significant technical move towards cashless societies.

Over the decades, Mastercard has kept up with technology and has had many iterations since it started trading in 1966. Skipping forward to March 2012, MasterCard announced the expansion of its mobile contactless payments program, and later in the same year, it teamed up with Apple, to incorporate a new mobile wallet feature into Apple’s new iPhone models.

Then in August 2017, Mastercard acquired Brighterion, a Delaware Corporation headquartered in San Francisco, California that provides a portfolio of artificial intelligence and machine learning technologies.

Here is where a big change to MasterCard’s direction takes place. And others are sure to follow.

MasterCard has just announced it has just dropped the name ‘Mastercard’. It will appear only as two intersecting circles of red and yellow (as per the main article image) with orange in the middle, on payment cards and sponsorships, and in stores where the card is accepted.

People are more often than not now paying without even a physical swipe or insert, but by inserting payment details or swiping a phone. Just for a start using the word “card” might seem a bit old-fashioned in our fast-changing world.

“As the consumer and commerce landscape continues to evolve, the Mastercard Symbol represents Mastercard better than one word ever could, and the flexible modern design will allow it to work seamlessly across the digital landscape,” the company said in a press release.

The company also wants to be seen as a financial-tech firm instead of only a credit-card network. In the release announcing the logo change, Mastercard called itself a “digital payment company” – somewhat different to how the company has perceived itself in the past.

Mastercard will also be one of the few companies that will be widely identified by a wordless logo, such as Nike and Apple.

We have recently seen the very quick uptake of Near Field Communication, abbreviated NFC. It is a technology that enables your mobile phone to securely transmit and receive information over a short range, typically requiring a distance of 4cm when making a payment. It’s an upgrade of the existing radio-frequency identification (RFID) which combines the interface of a smartcard and a reader into a single device.

The process is very convenient, protects against fraudulent transactions, is time efficient and merchandisers do not need to access your credit card details. Consumers like this a lot.

The cashless society will eventually be forced upon us all, whether we like it or not.

In Europe, it’s estimated that as few as one-in-five payments overall are made in cash, with approximately 20 per cent of Swedes claiming they never withdraw cash at all.

Britain is leading the way though. The independent Access to Cash Review has been established to consider consumer requirements for cash over the next five to fifteen years.

Its report highlights that today, in Britain, people only use cash for three in every ten transactions, down from six in ten just a decade ago. Similarly, the number of cash withdrawals from ATMs is 8% lower now than just one year ago, and the rate of decline has increased from 5% at the beginning of 2018.

Making some basic calculations – a straight-line trajectory of current trends would see an end to cash use by 2026 in Britain.

But while cashless societies sound convinient, Research by UK Finance, the industry trade body for financial services, shows that those who are most reliant on cash are the poor.

“We know from existing research that it’s only a small proportion of the UK who use cash for all their day-to-day payments – just 2.2 million4 people.” Still, these people cannot be excluded from life because they don’t have access or the ability to use these technologies. In addition, there is a significant aging population of Britain who have not been able to grasp these new technologies.

“Most of the UK population use digital payments for some things, like Direct Debits for household bills, while using cash in other aspects of their lives. Our research in Sweden, for example, showed that the death knell of cash there is unlikely to be through losing ATMs, but by shops insisting on digital payment. As one consumer group told us, there’s no point protecting access to cash if you can’t use it. In our interviews with small business associations, we found similar concerns in Britain with bank branch closures and rising costs of depositing cash, making it more and more expensive to handle for retailers. It’s no surprise to see cashless shops, parking machines, buses and car parks – which can exclude those who have no choice but to rely on cash.”

George Osborne came within weeks of announcing plans to take 1p and 2p pieces out of circulation in 2015 to help encourage and drive the cashless society he envisioned. He was supported by many colleagues. The drive was only stopped for political reasons. But there’s another reason why the government are so keen on promoting this technology.

They make the point that cash plays a large role in facilitating crime because it’s untraceable. But the main point is that they also argue that lost tax revenue from cash-in-hand payments is damaging society and that digital payments would bring such payments back into the tax system. In other words – its a way of increasing tax revenue.

It is true that the report’s research says 36% of the public believe that a cashless society would reduce crime, but let’s not forget that the opposite is also true because 64 per cent, the majority, don’t agree.  We should also not forget the ‘gig-economy’ and other services such as people working legally in the cash economy: such as window cleaners and gardeners who operate below the tax threshold. Card terminal costs are prohibitive even though you can now buy a simple hand terminal for as little as £30, but transaction fees eat into the small amount transacted.

Retailers and other services such as transport are forcing this technology. The report finally summarizes that this is an unacceptable outcome for Britain, for all sorts of reasons and it’s not what the majority of people in the UK want.

However, one other consideration is the banks themselves. One thing the financial crisis taught them was the potential to steal or hold deposits if they were financially threatened as many were in 2008 that needed very heavy government support and gauratees.

All the way across Europe and many other parts of the world, capital controls are managed by banks. After a decade, Greece is only just relaxing capital controls. For all of this time, it was illegal to take out more than €2,300 out of a Greek bank. Even businesses, no matter how big or small could not withdraw more than €20,000. Cyprus did the same thing.

In June 2010 The Financial Times published several articles on the growing trend towards using capital controls. They noted influential voices from the Asian Development Bank and World Bank had joined the IMF in advising there is a role for capital controls. The FT also reported on the recent tightening of capital controls in Indonesia, South Korea, Taiwan, Brazil and Russia. In addition, a number of notable economists have stated that capital controls used by both states and banks will significantly increase in future.

In the meantime, as the FT opined in 2017 on the discussion of money;

“money is, and always has been, political. Government will always want to keep control of money and the best way of doing that is going cashless.”

The cashless society would obviously be convenient for the public and merchandisers but we should never forget that handing total financial control to banks or government is the very last thing any society, no matter how modern or forward-thinking they appear to be, should do. Ever.