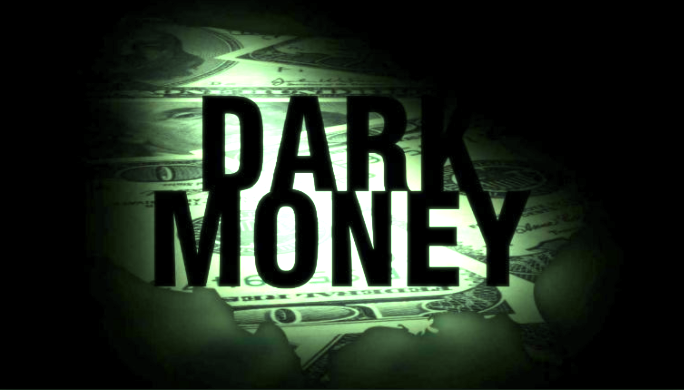 By TruePublica: The organisation Transparify provides the first-ever global rating of the financial transparency of major think tanks. In early 2014, it visited the websites of over 150 think tanks in over 40 countries to find out whether they provide information on who funds them and how much they receive from each source.

In the UK they identified seven highly opaque and deceptive “think tanks‟ that take money from hidden hands behind closed doors. Fuelled by over £22 million of dark money, these organisations collectively employ over 200 people in their quest to shape public debates and influence politics and policies.

Clandestine corporate lobbyists masquerading as think tanks are even producing fake news as noted in their paper “Transparency, Lobbying and Fake News in Brexit Britain.”

George Monbiot, a left-wing British commentator whose columns often lament the influence of think tanks, sees these organisations primarily as lobbying groups in disguise that undermine democracy by pushing policies favoured by the powerful corporate interests who bankroll them. “A few billion dollars spent on persuasion buys you all the politics you want,” he recently wrote. In a donor-driven marketplace of ideas, Monbiot warns, the think tank sector as a whole only serves to further tilt the playing field in favour of the rich.

In a dangerous admission to what we can expect in Brexit Britain, the ASI says it is – “Independent, non-profit and non-partisan, working to promote free market, neoliberal ideas through research, publishing, media outreach, and education. The Institute is today at the forefront of making the case for free markets and a free society in the United Kingdom.”

The key word there is free. More from Monbiot – “Ripping down such public protections means freedom for billionaires and corporations from the constraints of democracy. This is what Brexit – and Trump – are all about. The freedom we were promised is the freedom of the very rich to exploit us.”

From Transparify comes the research to understand where some of the ASI’s shady funding originates, including highly opaque foreign donors with ‘creative accounting’ alongside donors such as the British government. The publication of fake news to support tobacco corporations and climate denial the characteristics of this purveyor of the so-called free market. It should be noted that Transparify regards the ASI as the most opaque think tank in Britain, just one down from the most deceptive listed. Below, is in large part their report.

We emailed the current Executive Director of the Adam Smith Institute to enquire whether the think tank is currently registered as a charity, a company, or something else, but did not receive a reply.

According to the 2012 book Think Tank: A History of the Adam Smith Institute, authored by a co-founder of the ASI, its organisational structure is “a very messy patchwork” comprised of a company and a charity registered in the UK, and a non-profit registered in the US. “We used the term “Adam Smith Institute” loosely to cover all our activities, no matter which heading they occurred under,” he wrote. As the Adam Smith Institute appears not to be formally registered as a charity or as a company under its own name, its organisational structure is opaque, and it has a tradition of publishing material by other parties under its own name (described in the book cited above), it is not only unclear who gives the money that funds its lobbying efforts, but also who takes it.

Our research suggests that most Adam Smith Institute outputs and activities may be financed from abroad, raising concerns that foreign interests may be using opaque think tanks to secretly influence British voters and politicians.

The Trust‟s 2015 expenditures were £224,176. Nearly all of that money was spent on research grants and “researcher payments”. ASI disclosed neither the sources nor the destinations of these funds. The available data on foreign contributions to ASI‟s American offshoot (see below) suggests that the money actually being spent to produce ASI-branded outputs and activities banner may by far exceed the sums reported to the Charity Commission by the Adam Smith Research Trust.

In the United States, there is a private foundation called the Adam Smith Institute which lists the London ASI‟s co-founders among its trustees. It is registered as a tax-exempt 501(c)(3) non-profit. The foundation’s most recent available tax filing shows that it received over $1.2 million in funds over the course of 2015 alone.

Its donors included the JP Humphreys Foundation, which has reportedly also bankrolled the US-based Heartland Institute, notorious for launching a campaign that claimed that “the most prominent advocates of global warming aren‟t scientists. They are murderers, tyrants, and madmen.”

The tax filing also reports that against an income of $1.2 million, the American offshoot of ASI only spent $5,118 inside the US during the whole year. It lists nothing under the heading “charitable activities.”

Thus, the main purpose of the US entity seems to be to collect tax-deductible contributions from American donors and then use that money to finance policy advocacy in the UK. Details on who donated how much to the US foundation in 2016 are not yet publicly available. Just as Brexit Britain is getting ready to negotiate the terms of its EU exit and multiple international trade deals, organisations in London may be spending around one million pounds received from foreign donors to influence policy and politics in the UK under the Adam Smith Institute brand name.

Finally, there is Adam Smith International LTD, a private limited company incorporated in 1992 (company number 02732176) that again features the co-founders of the Adam Smith Institute. Among its past directors; former cabinet minister Malcolm Rifkind (see below) is listed as a current director. The company‟s most recent accounts, filed in December 2016, note that “the principal activity of the company is the provision of advisory services to governments and international organisations”. The report lists subsidiaries in India, Kenya, Australia, Mongolia, Nigeria, Uganda, and Turkey. In 2015, the group‟s ownership was transferred to its employees.

According to Powerbase, the consulting company and the Adam Smith Institute remain “affiliated”. Such close relationships between “think tanks” and commercial consulting companies can give rise to conflicts of interest if not properly managed.

According to TobaccoTactics, ASI has repeatedly lobbied against anti-smoking policies while receiving funding from the tobacco industry. In one case, the employee of a tobacco industry front group reportedly ghostwrote the smoking-related section of an ASI report. (Note that any media coverage citing such fake “research” outputs falls into the category of fake news.)

In another instance, ASI reportedly entered discussions with Philip Morris about setting up a journalism centre to “conduct training for print and electronic journalists on free market principles that would be ideologically consistent with PM’s [Philip Morris’] issues and interests.”

In 2016, ASI published a study arguing that “To protect their influence on health policy, boosters of more government control need to advance the fiction that industry, driven only by the profit motive, must always be reined in by government regulations. Yet the private sector, rightfully driven by the profit motive, tempered by tolerance for risk, rewards innovation.” The report calls Phillip Morris International, British American Tobacco, and Japan Tobacco International “true public health heroes” for investing in the development of e-cigarettes and similar products.

While it is unclear who pays for the Adam Smith Institute‟s activities, and despite ASI‟s chequered track record to date, journalists keep providing it with free advertising space. For example, the ASI earlier this year went on a media offensive “debunking” an Oxfam report according to which the world’s eight richest people have the same wealth as the poorer half of the globe‟s population. On one single day in January 2017, according to the organisation‟s website, a spokesperson for the Adam Smith Institute got airtime on BBC World News, BBC Radio 4, BBC Radio 2, BBC Radio Scotland, BBC Wales, BBC World Service Radio, “appearing in the hourly news bulletins across every BBC regional station”.

Rifkind is a powerful individual. He held a number of ministerial posts with the government of Margaret Thatcher and John Major. He stood for the Kensington seat and was elected at the 2010 general election with a majority of 8,616 votes. He was appointed Chairman of the Intelligence and Security Committee by the Prime Minister, David Cameron, on 6 July 2010.

Rifkind is a member of Advisory Board, L.E.K. Consulting LL, which specialises in helping private healthcare companies identify “growth and new business development” and “opportunities with the government”.

He is also Non-executive director of Unilever. Unilever Ventures joined with a company called Vectura to form a pharma arm to their company. Rifkind is also a director of Alliance Medical Group, which has won contracts in Staffordshire NHS for cancer scanning and was implicated in the ‘cash for access’ scandal by The Telegraph that involved the same medical company.

Rifkind is also a Director of the Adam Smith Institute, which has described the NHS as a “centralised tax-funded monopoly”. It argues that the UK should, “shift the balance of healthcare spending away from tax and more to the individual.” At the same time, it says, “we need to transform today’s state monopoly providers into independent, competitive ones” – i.e. private for-profit healthcare providers.

Rifkind demonstrates why politicians should not be allowed to hold directorships in the very companies that they would personally profit from by changing government policy in favour of corporations. In short, Rifkind is a rampant neoliberal capitalist with extreme views that would seriously affect the structures built to defend civil society at the altar of profit.