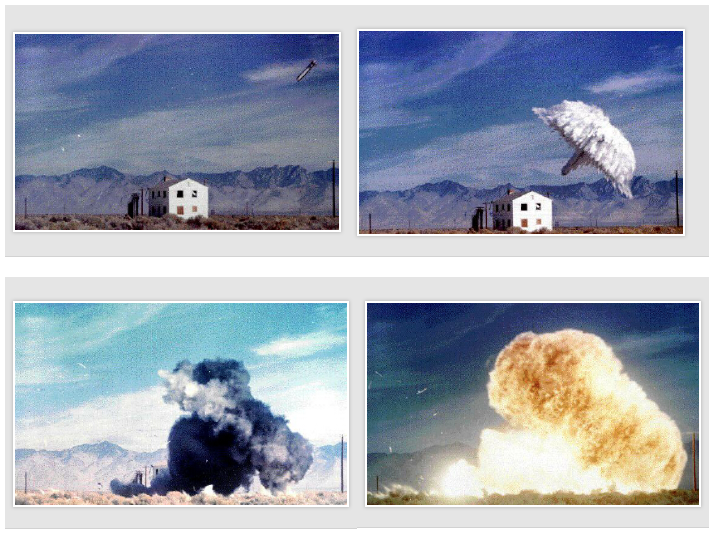 By TruePublica Editor: Drone Wars UK does an admirable job in highlighting Britain’s use of armed drones and as usual, does not fall short in their article below. However, I would just like to add some more emphasis on the use of thermobaric weapons.

DARPA and the DIA (Defense Intelligence Agency) did a lot of research into the possibility of using these weapons, but what was discovered is that while the bang was bigger, the weapon itself is… problematic. So not even the Americans with all of their sadistic techniques of warfare use this kit.

Human Rights Watch quoted a study by the DIA on thermobarics:

“The [blast] kill mechanism against living targets is unique–and unpleasant…. What kills is the pressure wave, and more importantly, the subsequent rarefaction [vacuum], which ruptures the lungs…. If the fuel deflagrates but does not detonate, victims will be severely burned and will probably also inhale the burning fuel. Since the most common FAE fuels, ethylene oxide and propylene oxide, are highly toxic, undetonated FAE should prove as lethal to personnel caught within the cloud as most chemical agents.”

The CIA weighed in:

“The effect of an FAE explosion within confined spaces is immense. Those near the ignition point are obliterated. Those at the fringe are likely to suffer many internal, and thus invisible injuries, including burst eardrums and crushed inner ear organs, severe concussions, ruptured lungs and internal organs, and possibly blindness.’

The question of their use anywhere in the world by British forces should be a question put to the government and it does not warrant the usual muted response behind ‘national security.’ Britain should not be using such weapons.

So outraged is the government over the use of chemical weapons in Syria that Britain ends up bombing that same country and then uses weapons, defined even by the cruel thugs in the CIA as a weapon too awful to use. HRW and the USA’s DIA have in all but name described this as an equivalent chemical weapon if you are unlucky enough to survive the initial blast.

Read the full report by Forbes “Why Doesn’t The US Army Develop Thermobaric Weapons?”

By Chris Cole – DronewarsUK: The Ministry of Defence has revealed for the first time – seemingly accidentally – that British drones are firing thermobaric weapons in Syria.  The disclosure comes in an Freedom of Information (FoI) response to Drone Wars detailing the use of Reaper drones over the previous three months.

In the response, officials give a breakdown of the type of Hellfire missiles fired, stating that 19 AGM-114N4 and 44 AGM-114R2 had been used. The ‘N’ version of the missile uses a Metal Augmented Charge (MAC) warhead that contains a thermobaric explosive fill using aluminium with the explosive mixture.

When the warhead detonates, the aluminium mixture is dispersed and rapidly burns. The sustained high pressure explosion is extremely damaging, creating a powerful shock wave and vacuum. Anyone in the vicinity is likely to die from internal organ damage.

Thermobaric weapons, sometimes called ‘vacuum’ weapons have been condemned  by human rights groups and, as the Times reported in 2008 , “the weapons are so controversial that MoD weapons and legal experts spent 18 months debating whether British troops could use them without breaking international law.”  The ‘debate’ came to an end when a ‘Yes Minister’ solution was offered – they “redefined” the weapon as an ‘enhanced blast missile’.

In 2010, the MoD specifically refused to answer questions in the House of Commons by then Oxford East MP Andrew Smith on whether British drones were firing the thermobaric version of the Hellfire missile.  Thanks to this diligent answer from an MoD official we now know they are.

However, the answer raises new questions.  Given the extremely harmful nature of the weapon why are so many – roughly a quarter of the weapons fired from British drones in the first three months of the year – being used?  Has the use of this weapon been at the same level since 2014?  Or are they being used more frequently now?

The revelation comes alongside news that UK drone strikes have hugely intensified in Syria since January.  In the first three months of 2018, UK drones fired as many weapons in Syria as they have over the previous 18 months.

And, despite the MoD regularly insisting that its Reaper drones are primarily used for surveillance and intelligence gathering, UK Reaper drones have now fired more weapons in Syria than the UK’s dedicated bomber, the Tornado.