More attacks of civil liberty by government on the way 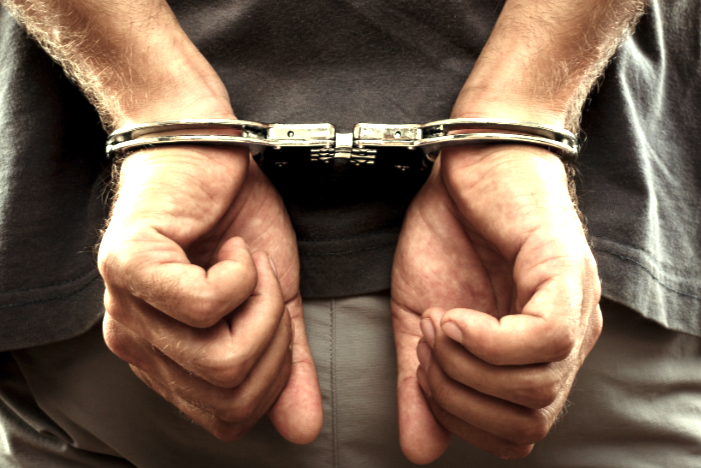 By TruePublica: Yet more checks and constraints on Britain’s civil liberties and human rights are on the way. The heads of the security services want more spying tools and laws to protect them. New legislation will soon be passed to arrest journalists, shut down freedom of information and free speech and new powers handed to the police and border guards. For years now, Britain’s lawmakers have systematically allowed basic privacy to become a thing of the past, with 2019 to see what remains dismantled whilst fundamental rights of its citizens are being stripped away in a mission creep of state paranoia.

A summit of the Five Eyes countries (UK, US, Aus, Can, NZ), held in Australia on August 28–29, called for laws to enable access to encrypted emails, text messages and voice communications. It was, they said, necessary to force open “end-to-end encryption” tools.

In effect, the heads of the spy and security apparatus demanded that mass monitoring of the world’s population, as well as secret bugging operations against targeted governments, oppositional voices, campaigners and individuals is the only acceptable route for effective government. This would also have implications for media outlets, especially investigative journalists.

However, legislation is not required – collusion with the tech giants is and we may never hear as to the extent of their successes. Cracking vital security such as encryption is one thing, but coming next is something all the more alarming.

Reports in the British press have appeared detailing a new bank of legislative proposals set to once again violate Britain’s civil liberty and human rights protections. The Guardian reported a few days ago.

“New counter-terror powers designed to tackle the “vaguely defined” crime of hostile state activity threaten the protection of journalistic sources, campaigners for freedom of expression, the press have warned.

In a joint statement, nine organisations including Index on Censorship and Reporters Without Borders have called on the House of Lords to recommend significant amendments to the bill as it reaches the closing stages of its passage through parliament.”

Irrespective of their reasoning, the counter-terrorism and border security bill propose broad powers for border guards to stop and search individuals without suspicion.

In essence, the state will have the power to stop a journalist, whose job is often about holding power to account, strip them of their basic rights, and make it an offence to not answer questions, hand over materials and confidential sources.

Rebecca Vincent, the UK bureau director for Reporters Without Borders, said “This bill has extremely worrying implications for press freedom and the protection of journalistic sources.”

Joy Hyvarinen, the head of advocacy at Index on Censorship, said:

“The counter-terrorism and border security bill would change the law on freedom of expression in Britain, restrict press freedom, damage academic research and endanger fundamental rights. The bill is fatally flawed and we urge the House of Lords to ensure that the government rethinks the bill.”

You can’t have a healthy democracy without a vibrant free press.

We should not forget the long slippery road Britain has been on, especially since the American led ‘war on terror’ was used as a vehicle to destroy civil liberty in the name of national security.

Reform of the 1989 Official Secrets Act (OSA) could now lead to the imprisonment of civil servants and journalists for disclosing information that would normally be available to anyone asking for it under the Freedom of Information Act.

The Law Society Gazette reported just last year that such changes to the law  to “modernise and simplify laws surrounding the protection of official data ‘would go a long way towards turning the clock back towards the discredited section 2 of the 1911 Official Secrets Act.”

It was only the efforts of a crowd-funded challenge by Liberty a few months back that the so-called ‘Snoopers Charter’ did not become an all-pervasive 360 degree super surveillance system that stripped every man, woman and child of basic privacy. Whilst ministers were given six months to re-write some of their proposals, the attempt was made to give powers to intercept communications in bulk and create files known as personal datasets undermining free speech, privacy, patient confidentiality, legal privilege and journalists’ sources.

Speaking after the ruling, Liberty’s director, Martha Spurrier, said: “Police and security agencies need tools to tackle serious crime in the digital age, but creating the most intrusive surveillance regime of any democracy in the world is unlawful, unnecessary and ineffective.”

In the meantime, we should also not forget other pieces of legislation that adds to the profile of a more authoritarian state.

Increased use of Public Space Protection Orders has seen warnings of fines and arrests for local residents helping out the homeless. Non-violent protest has recently been met with arrests, court appearances and lengthy jail sentences as witnessed with anti-fracking activists. Not since 1932 have the courts in England imprisoned law-abiding citizens for protecting their property.

The increased use of secret courts is another feature of a paranoid state. Today, it is perfectly possible to sue the government for damages for torture and kidnap, lose your case, without ever knowing the reason why.

Can you ever imagine being involved in a court case in Britain and being subjected to powers like that? All the time, the government have surveilled your conversations with your lawyers. What chance would you have to redress under those circumstances?

openDemocracy explains – “The Act applies to “relevant civil proceedings”, which means any civil proceedings in the High Court, Court of Appeal, Court of Session or the Supreme Court. This means that any civil case in any of these courts may be affected by this legislation if sensitive information is required to be disclosed in the course of the case. Sensitive material means material the disclosure of which would be damaging to national security.“

Civil liberty in Britain is being rolled back by mission creep. We are already living in a country with the weakest privacy protections and surveillance laws in the democratic world – soon only to be matched by civil liberty and human rights laws befitting of what is now termed a ‘hybrid democracy’. Britain’s democracy is already flawed with constant interventions on media freedom, harassment of oppositional voices, irregularities in the judiciary and recent revelations that the electoral system (EU referendum) was, in part,  highjacked by billionaires and corporations.