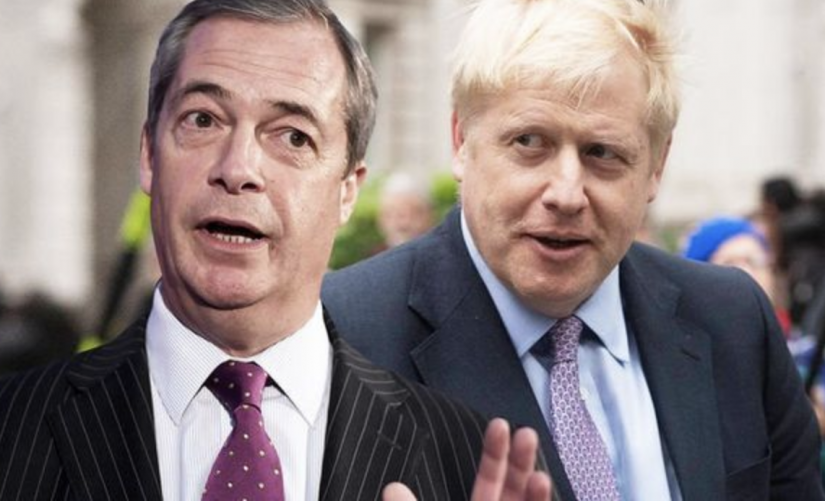 Just sixteen words was all it took to tear apart four countries that make up what was once called the United Kingdom. “Should the United Kingdom remain a member of the European Union or leave the European Union.” Not many people understood the significance that those sixteen words at the time. No-one voted for the chaos it subsequently went on to unleash and as the months roll into years, those sixteen words have pushed the Nation-State to the very brink. With every month, a new eye-brow raising question lowers the bar on the viability of Britain remaining a tolerant, progressive and forward-looking country as it entrenches itself as an insular, inward, selfish and aggressive state leaning back towards an era left behind decades ago.

Boris Johnson will no doubt get his snap- election. Just how he intends to unite the Leave vote behind the Conservatives is another unanswered question. In order to do so he needs to attract as many of the Brexit Party’s voters as possible.

But as YouGov says – Nigel Farage, the Brexit Party leader, is no doubt aware of this. That is why he has offered the Conservatives a ‘non-aggression pact’, where the Brexit Party won’t stand against the Tories so long as they sign up to a no-deal Brexit and allow Farage’s party to stand unopposed in 80 seats.

Such a pact seems unlikely to be agreed, however, with the Prime Minister having reportedly ruled it out, and a senior Conservative source quoted as saying “Neither Nigel Farage not Arron Banks are fit and proper persons and they should never be allowed anywhere near government”.

Despite the protestations from the top tier of the Conservative party, a YouGov survey finds that most people who say they would vote Conservative now look positively on the idea of reaching an agreement with the Brexit Party. Six in ten (60%) expressed a favourable view of a pact in principle, compared to only 23% who would take an unfavourable view. 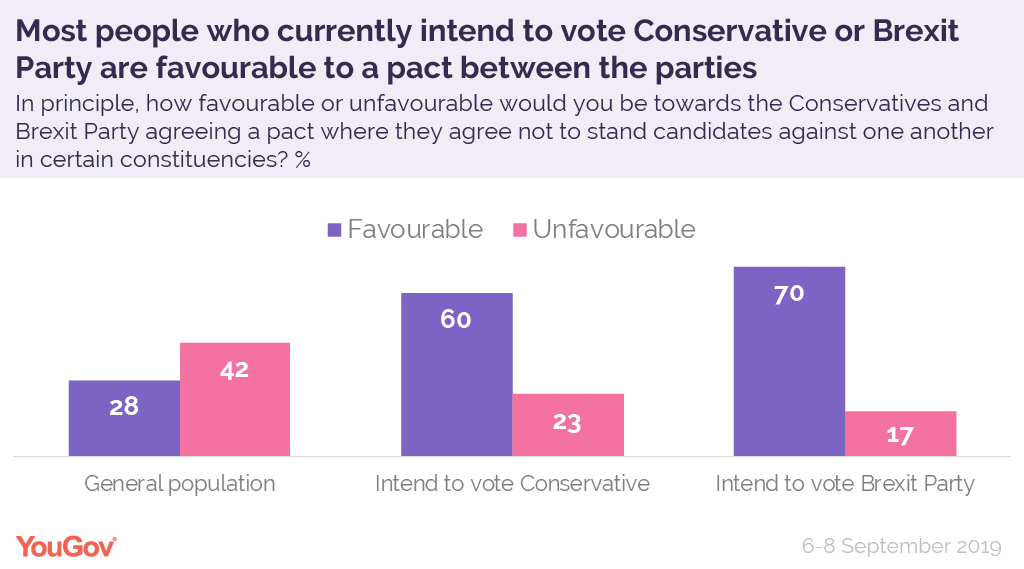 Those who currently want to vote for the Brexit Party are even more in favour of a pact, with 70% expressing a favourable view of the proposal (including 53% who have a “very” favourable view). Just 17% want to see the parties unbound.

Boris Johnson has said there will be no pact – but as BJ watchers well know, he cannot be trusted to tell what most people would consider to be the truth. In the meantime, Jacob Rees-Mogg – another senior Tory who has a close relationship with disinformation has, according to a hard-Brexit right-wing newspaper “lavished praise on Nigel Farage – and even hinted at a possible future Government role for the Brexit Party leader, while playing down the idea of a pact at the next general election.”

And while the politicians ponder their strategies for the upcoming ‘at all costs’ ‘no-gloves’ battle for No10, an even bigger problem will be how the nation itself will deal with the huge rift in civil society caused by those sixteen words.