Week in Review: The Lying game 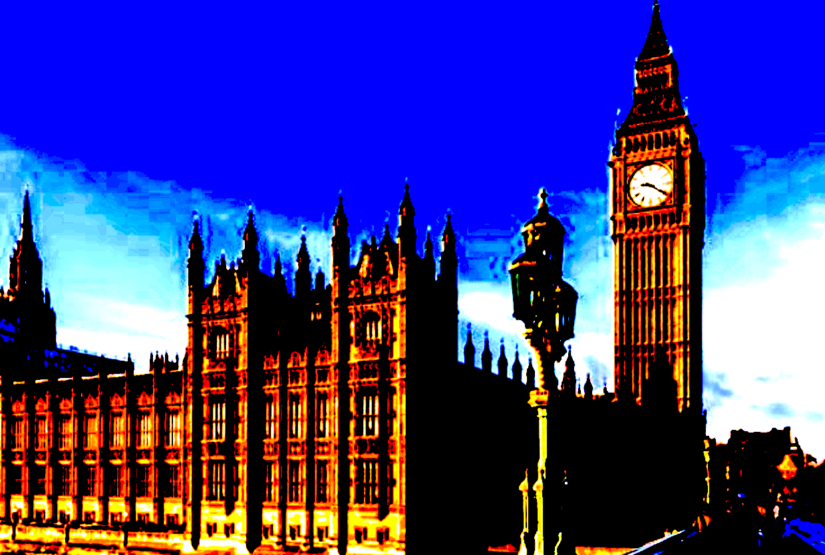 By TruePublica Editor: In a month where millions of people now face the worst welfare cut since 1921 and the highest tax rises since 1971,  the banks are given a 60 per cent tax (on profits) surcharge cut – you would think the news would be unlikely to get worse. The Institute of Fiscal Studies says – “About a quarter of claimants (1.2 million) receive less than £92 per week, for whom the uplift accounts for at least 20% of their entitlement. For many of these people, UC is their only source of income, with a majority of those on UC out of work and without a working partner.”

But this is Tory Britain. Things are getting worse.

A good example is where a privatised water company is caught dumping sewage at no less than 60 locations along the south coast (three months after being fined £90million for doing the same) and no one is held accountable for it. Then, just last week, just one day after another reported incident of sewage dumping, the Tories then voted against an amendment to stop water companies dumping sewage into rivers. Without any notion of irony – all this, a week away from the much-vaunted Cop26 climate change conference.

Another is a potent comment by comedian Nish Kumar who said just this week – “Pretty cool that we aren’t allowed to broadcast things the Prime Minister has said because they’re too racist.” And what he says HERE is right on the button – about what he can’t say on national television but a Prime Minister can … on national television.. And a lot of what is being said on the various forms of media by right-wing politicians, activists and those actually inside influential media outlets are indeed stoking up trouble. Chief political correspondent at the Financial Times, Jim Packard makes a point about how many thugs are now doing time for issuing death threats to politicians. And it’s a sobering thought that since 1812 only three MP’s have been murdered in the UK (outside of the Irish Troubles) – and two of them have been killed in the last five years.

The week before that awful event, the Prime Minister made his speech at the Conservative party conference. This was a speech littered with ‘false claims’ – or as most of us like to call them – lies. From wages, vaccines and new NHS hospitals to claims that the UK is now the No1 target for foreign direct investment. These lies will eventually come back to haunt Johnson, one hopes. Thousands of protestors stationed themselves outside the Tory conference but the mainstream media did not widely cover them, and especially not at peak viewing time.

Claire Hepworth OBE comments – “I’ve listened to Johnson’s conference “speech” again, in order to try and make some sense of it. I’m still struggling, but concluded that he sees himself as some kind of messianic visionary, leading us all to sunlit uplands, where unicorns gamble and milk and honey flows freely.” More importantly, business leaders and think tanks have described Boris Johnson’s party conference speech as “economically illiterate”. The problem here is that the economy affects us all and having a deluded PM is of little help now in a pandemic or economically further down the road.

Of course, it doesn’t help when the resident of No11 Downing street is an ex-banker. Here we see the Chancellor of the Exchequer say business is “drunk on cheap labour”, when for the last 11years of the Tories in No10 Downing Street have supported zero-hours contracts, heavily pushed the so-called gig economy, frozen public sector pay, and then refuse to increase the minimum wage to a decent level. And speaking of ex-bankers, Sajid Javid the Secretary of State for Health and Social Care is about to fail on both responsibilities by not acting at all – just as many scientists and experts are now warning that acting now is crucial when it comes to managing the upcoming winter pandemic crisis. And a crisis is exactly what we are all being set up for.

In the meantime, it’s heartwarming to know that Brexit – continues to serve up its failures. The recently announced trade deal with New Zealand has been calculated to be worth something in the region of an astonishing … plus 0.1 per cent to minus 0.1 per cent. Or as anyone with a basic grasp of maths is concerned – nothing. “This is a great trade deal for the United Kingdom, cementing our long friendship with New Zealand and furthering our ties with the Indo-Pacific,” Boris Johnson said in a statement. The Telegraph newspaper tried to put a good spin on the story by headlining with – “New Zealand trade deal underlines Global Britain’s post-Brexit ambitions,” which just about sums up Brexit in the first place, doesn’t it! But there’s a stone-cold hard fact about these trade deals. No less than 68 deals have been done – 66 of them, we already had within the EU. The Independent newspaper reports – “All but two are “rollovers” of deals that the UK already enjoyed as an EU member. The Japan deal added no significant extra, trade experts found, while the agreement with the EU itself is vastly inferior, causing a massive slump in exports.”

In October, we also saw yet another bank involved in yet another massive money-laundering operation – where one customer – yes … one – laundered £400million. As any struggling property buyer will know today, you have to hand over highly sensitive personal information to lawyers and estate agents to enable a transaction to proceed – yet the criminal operations such as banks that facilitate people traffickers, gun runners, drug barons and the like are not hassled by such detail to prevent laundering. Has anyone gone to prison from the banks for all this? You know the answer to that one don’t you.

The recent Pandora Papers leak, where the owners of 1,500 properties bought using offshore firms were revealed by a BBC investigation, shows the weaknesses to money laundering within the UK property market. Extensive details were outlined within the leak of offshore financial documents, listing homes with an estimated total value of over £4bn. At average prices, that’s 15,000 properties illegally acquired in the UK in just this one leak. Another £5billion was reported on in another investigation a year earlier. In 2016, the land registry reported that over 100,000 properties were owned by off-shore companies and the same year, the Panama Papers revealed tens of billions more worth of UK property assets were owned by criminals and dictators – all of which adds to the prospect that we have to pay ever-higher prices to get a roof over our heads because politicians refuse to act.

Of course, all of this begs the question – why are we so bothered about European nurses, drivers and key workers coming over here when we’re happy for crooks, despots and gangsters to not just come over here and buy our politicians off, but help create a housing crisis that’s been going on for decades!

No doubt next week will deliver up a few more awful stories of Tory corruption and sleaze – it’s what we’ve become so used to, we hardly see it anymore. We shouldn’t forget though that – “Misconduct in public office… is committed when the office holder acts (or fails to act) in a way that constitutes a breach of the duties of that office.” Apparently, this is punishable by a maximum life sentence. I’m sure we could think of quite a few individuals in public office that deserve more scrutiny that they currently enjoy.

Almost everything we see going on today is the result of the lying game. Universal Credit cuts to the most vulnerable whilst city banks get huge tax cuts. Privatised water companies poison our own rivers whilst their bosses earn millions from law-abiding taxpayers. Money laundering on a grand scale – where average Joe public is scrutinised whilst criminals get a free pass. The list goes on and on. One day, all of this will stop because a brave politician will stand up on a ticket of fighting corruption.