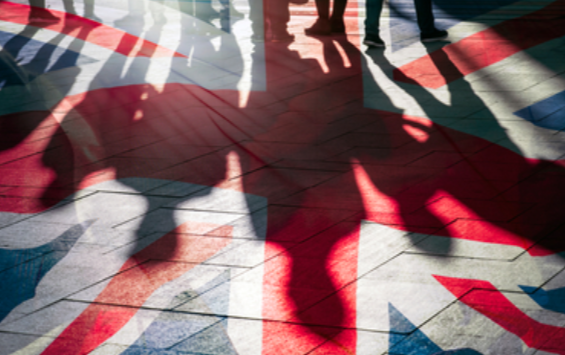 By TruePublica: Just over 100 years ago, Britain’s empire held sway over 23 per cent of the world’s population and 24 per cent of the world’s landmass. It was the foremost global power, the largest in human history. After the Second World War, a period of decolonisation took place with the transfer of Hong Kong to China in 1997 marking for many the end of the British Empire.

Others thought that the Suez Canal crisis in 1956 was the last nail in Britain’s diplomatic coffin. Historians concluded that the crisis “signified the end of Great Britain’s role as one of the world’s major powers.” America politically and financially froze Britain out, it was an unmitigated disaster. The 1976 IMF loan crisis was another event worthy of mention in Britain’s downward trajectory.

However, Britain’s decline even from the beginning of this century has been equally as catastrophic. Foreign policy decisions from both Labour and Conservative, especially in the Mid-East has been calamitous. The loss of control of the ‘secret state’ such as MI5, MI6 and GCHQ with all of its ‘covert’ budgets, torture, rendition and extra-judicial assassinations, combined with its illegal mass surveillance architecture, is exposed to the embarrassment of an out-of-control political class. Their only response is to savagely ramp up the charges of whistleblowers to that of foreign spies and increase the use of secret courts. Political prisoners such as Assange are a stain against the rule of law and only enhance a sense of injustice.

David Cameron’s grandstanding in Tripoli was an act of gross stupidity on the international stage. He took Africa’s richest nation and then left it to fall into the hands of terrorist and thugs. It is now a failed state and boasts slave trade markets and people trafficking as its most notable export, which directly led to the migration crisis gripping Europe and a diplomatic cliff-dive for Britain.

Politically driven policy fiasco’s are so frequent, described by the government as ‘blunders,’ they are now costing the national treasury hundreds of billions. Extreme neoliberal capitalism has also taken over all common sense. One only has to look at the incomprehensibly egregious disaster that is the PFI system of funding national infrastructure that has straddled the taxpayer with. Debts of nearly £250 billion have piled up on just a few of these projects. This total waste of public money (that will fill the coffers of the banks) will last until 2050.

The list of Britain’s political mismanagement is too long for this article, but we could mention some recent notable events such as; Windrush, Grenfell and Universal Credit. These events demonstrate little more than racism, neoliberalism and class war as ideologies that should have died decades ago or never emerged in the first place. But even these are overshadowed by meltdowns. What followed the 2008 bank-led financial crisis (facilitated by every government since Thatcher) was the era of ‘austerity’ that then led to the ultimate political and constitutional crisis – a protest vote – giving us Brexit. That, in turn, will likely lead to the break-up of the union.

The elections of 2020, 2024 and 2027 will usher in a period of bitter and caustic American styled attack canvassing that will literally feel like ‘divide and rule’ is the norm.

These are the intolerable and deplorable mistakes of amateurs masquerading as our political masters. From various polls, studies and research papers it appears that somewhere between 75-80 per cent of the electorate do not believe that politicians are trustworthy people. Why then, are we fooled into buying into their vision of the future, which is inevitably consigning Britain to the international waste bin of irrelevance. Cameron brought the Brexit vote to Britain. He is a now a travelling salesman flogging Chinese products to Britain. His counterpart in the coalition, Nick Clegg now works for Facebook. Hardly the hallmarks of great statesmen. The top contenders for Prime Minister of Britain after our current one is ‘stabbed in the back’ by her own party is a shambolic list of political charlatans, looking only to feather their own nests.

A lengthy and detailed 2018 report by Democratic Audit that focuses on the UK’s changing democracy spells out where Britain stands right now.

Its report asks how democratic and effective are the UK’s executive and government. Both tribes are in the frame and accused of little more than dereliction of duty, negligence and mismanagement. This is the final conclusion to that report, which I recommend you read in full.

The UK’s core executive once worked smoothly. It has clearly degenerated fast in the 21st century. Westminster and Whitehall retain some core strengths, especially a weight of tradition that regularly produces better performance under pressure, reasonably integrated action on homeland security for citizens, and some ability to securely ride out crises. Yet elite conventional wisdoms, which dwelt on a supposed ‘Rolls-Royce’ machine, are never heard now – after eight years of unprecedented cutbacks in running costs across Whitehall; political mistakes and poor planning over Libya, Afghanistan and Iraq; and the unexpected loss of the Brexit referendum. Now this tarnished record may be capped by the looming threats of either leaving the EU on poor economic terms under a ‘hard Brexit’ strategy or of being trapped in an unsatisfactory ‘soft’ Brexit, where the ‘dirty’ component of a ‘quick and dirty’ exit turns into enduring disadvantages.

The clouds in the form of recurring ‘policy disasters’ and ‘fiascos’ have also gathered. Both the Conservative and Labour party elites and leadership, and Whitehall elites themselves have seemed disinclined to learn the right lessons from past mistakes or to take steps to foster more transparent, deliberative and well-considered decision-making at the heart of government. Like the Bourbon monarchs, the fear might be that they have ‘learnt nothing and forgotten nothing’.

Is it not time to hear something new? The socialist and capitalist political classes have failed. Even Keynesian economics has failed as the government has no money saved up for the next recession that is now looming. Next year, Britain will spend almost as much on interest payments as it does to its defence budget and more than it does on education. That is how much debt Britain is in today – with years of rising interest rates on the horizon.

Thatcher, Major, Blair, Brown, Cameron, May – Tory, New Labour, Coalition – they have all failed us. Brexit will fail us too, especially in the hands of a so-called political elite who have proven time and time again, that they are the least qualified people to look after the national interests of Britain.

Our current trajectory is to be the 51st State of America – an America in the grip of its own spiral. Corporatism, individualism and extreme capitalism is where we are currently heading. What could be worse?

A time of sustained challenge to the current authority is needed. Britain so desperately needs a new way to rise ethically, morally, economically, politically and diplomatically.