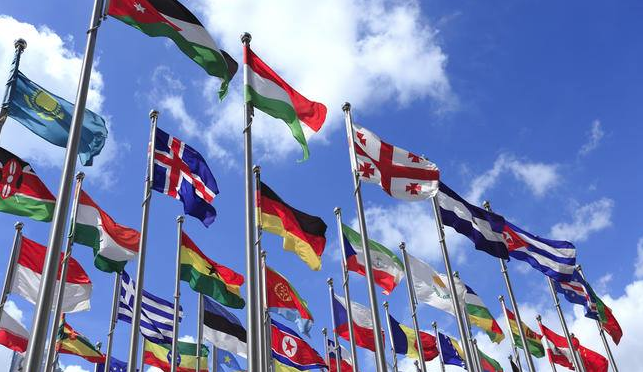 By TruePublica: Leaving aside Britain’s past, most particularly that of empire, the country is not just continually moving towards authoritarianism it is beginning to demonstrate all the early signs of a rogue state. These are strong words but the actual definition of a rogue state is –  “a nation or state regarded as breaking international law and posing a threat to the security of other nations.” Examples such as the illegal invasion of Iraq, Syria and latterly Libya are very clear. Irrespective of the technicalities, they all broke the rules of International laws or norms. But other examples demonstrate how lawless Britain as a state really is.

Here, an entire population were forcibly removed from their island homeland at British gunpoint to make way for a US Air Force nuclear base, the people were dumped destitute over a thousand miles away, their domestic animals gassed by the British army, their homes fired and then demolished. To achieve this, Britain maliciously threatened the Mauritian government into ceding the Chagos Islands as a condition of its Independence.

Recently, the International Court of Justice found that the British occupation of the Chagos Islands was unlawful by a majority of 13 to 1. Britain rejected this ruling.

Ex British ambassador Craig Murray wrote – “this represents a serious escalation in the UK’s rejection of multilateralism and international law and a move towards joining the US model of exceptionalism, standing outside the rule of international law. As such, it is arguably the most significant foreign policy development for generations. In the Iraq war, while Britain launched war without UN Security Council authority, it did so on a tenuous argument that it had Security Council authority from earlier resolutions. The UK was therefore not outright rejecting the international system. On Chagos it is now simply denying the authority of the International Court of Justice; this is utterly unprecedented.”

Britain’s arms and munitions sales are now regularly in the news. Even The Lords international relations committee said that British weapons were “highly likely to be the cause of significant civilian casualties” in various countries where illegal wars, acts of genocide and war crimes are being committed. A quick online search lists numerous examples.

Then there is Britain’s relationship with Israel, which is taking a battering due to internal politics and finger-pointing over claims of racism. Fundamentally though, the issue is about war crimes being committed against the Palestinian people. British arms sales to Israel is at best questionable, especially the news that British made sniper rifles were used to kill and injure thousands of Palestinians recently. But Britain’s support in this genocidal war again goes against all international norms where the conflict is described by Amnesty International as an “abhorrent violation of international laws.” It added that – “This is another horrific example of the Israeli military using excessive force and live ammunition in a totally deplorable way. This is a violation of international standards, in some instances committing what appear to be wilful killings constituting war crimes.”

In addition, UK policy is allowing trade with ‘Israeli’ goods from illegal settlements in the occupied territories. The British government has stated that it does not even keep a record of imports into the UK from these illegal Israeli settlements. Acquiescing in this illegal trade by an occupying power is a violation of international law. The December 2016 UN Security Council Resolution, to which the UK agreed:

‘reaffirms that the establishment by Israel of settlements in the Palestinian territory occupied since 1967, including East Jerusalem, has no legal validity and constitutes a flagrant violation under international law”

Mark Curtis, a British foreign policy expert and historian writes about Britain’s illegal attack of a soverign state – Libya: “British bombing in Libya, which began in March 2011, was a violation of UN Resolution 1973, which authorised member states to enforce a no-fly zone over Libya and to use ‘all necessary measures’ to prevent attacks on civilians but did not authorise the use of ground troops or regime change promoted by the Cameron government. That these policies were illegal is confirmed by Cameron himself, who told Parliament on 21 March 2011 that the UN resolution ‘explicitly does not provide legal authority for action to bring about Gaddafi’s removal from power by military means.” Today, Libya is a failed state and overrun by militant factions.

Reprieve’s report entitled Britain’s Kill List accused the Conservative government of extreme deception of parliament. Officially, Britain has never had a so-called ‘kill list’ but David Cameron had to admit to an extrajudicial assassinations programme in the Middle East, which we at TruePublica reported. All such killings break the most fundamental of international laws and norms as detailed HERE.

The Reprieve introductory paragraph reads -“On September 7th, 2015, Prime Minister David Cameron came to Parliament and announced a “new departure” for Britain, a policy of killing individuals the Security Services and the military do not like, people placed on a list of individuals who the UK (acting along with the US and others) have identified and systematically plan to kill. The mere admission that there is a Kill List certainly should, indeed, have been a “departure” for a country that prides itself on decency. Unfortunately, it was not a “new departure” at all, as we had been doing it secretly for more than a decade.”

Britain has once again broken international norms. The goals of UNHCR’s stateless campaign, a Global Action Plan to End Statelessness 2014 – 2024 introduced a guiding framework comprised of 10 Actions to be undertaken by states. In the case of high-profile ‘ISIS Bride’ runaway from Bethnal Green to Baghuz, Shamima Begum, the UK disregarded Actions 4 and 9:

But Britain’s has its own laws. Section 40(2) of the 1981 British Nationality Act states the Home Secretary won’t make any individual rendered stateless as a result. Under this, the UK Home Secretary Sajid Javid’s decision to revoke Begum’s citizenship breaks UK law and international norms.

Then, there is the persecution of Julian Assange, the founder of Wikileaks, which is now seven years old. Ecuador has protected Assange for the past half decade from being turned over to Washington until his arrest by British police yesterday. By definition, Assange is the only political prisoner in western Europe.  A United Nations legal panel ruled that Assange should be allowed to walk free and be compensated for his “deprivation of liberty” and that his detention was illegal.

Assange has been nominated for a Nobel peace prize every year since 2010. His really big crime was releasing film of an American helicopter gunship killing civilians and journalists in Iraq. Britain is more than just complicit of it attack of fundamental and important press freedoms in arresting him.

Assange’s lawyer criticised the British government for being poised to arrest and extradite Assange to the United States. “That a government would cooperate with another state to extradite a publisher for publishing truthful information outside its territory sets a dangerous precedent here in the UK and elsewhere,” she said. “No one can deny that risk. That is why he sought asylum in the Ecuadorian embassy.”

The UK government’s record on bulk data handling for intelligence purposes saw the European Court of Human Rights (ECHR) ruling that state surveillance practices such as those practised in Britain violated human rights law. United National Special Rapporteur on Privacy Joe Cannataci said Britain was setting a bad example to the world and that Britain’s surveillance techniques on its own citizens was – “worse than Orwell’s 1984.” The highest courts in Britain have ruled against the government on mass surveillance.

In 2014, British spies were (illegally) granted the authority to secretly eavesdrop on legally privileged attorney-client communications, according to documents. The documents were made public as a result of a legal case brought against the British government by Libyan families who allege that they were subjected to extraordinary rendition and torture, where Britain was proven to be in violation of international laws, in a joint British-American operation that took place in 2004.

A lawyer, in this case, said – “It could mean, amazingly, that the government uses the information they have got from snooping on you, against you, in a case you have brought. This clearly violates an age-old principle of English law set down in the 16th century – that the correspondence between a person and their lawyer is confidential.”

In addition, just one of the many operations carried out by the British state was called Optic Nerve. It illegally went about capturing images from webcams of millions of completely innocent citizens accused of nothing. Between 3% and 11% of the images captured by the webcams were sexually explicit in nature and deemed “undesirable nudity.” The public has not been reassured that these files still exist or not that were taken to build an illegal facial recognition system the government had not declared.

Surveillance operations such as – Muscular, Socialist, Gemalto, Three Smurfs, XKeyScore, Upstream and Tempora are all examples of extreme surveillance systems being used in Britain that would be completely unknown if it had not been for Edward Snowden – another political prisoner. All such operations would be deemed illegal in court and of breaking international laws or norms in normal democratic countries.

In 2015, the Government pushed through a law that exempted a large number of self-employed people from the protection of the Health and Safety at Work Act. The Government managed to get away with reducing the level of protection because the self-employed are not covered by the European “Framework Directive”, which is the regulation that sets minimum standards that countries have to comply with.

At the time the TUC pointed out to the Government that there were other international laws that the UK had signed up to in many other non European countries that did cover the self-employed including those of the International Labour Organisation (ILO) and the Council of Europe.

The UN Committee on the Rights of Persons with Disabilities examined the British government’s progress in fulfilling its commitments to the UN convention on disabled people’s rights, to which the UK has been a signatory since 2007.

Its report concludes that the UK has not done enough to ensure the convention, which enshrines the rights of disabled people to live independently, to work and to enjoy social protection without discrimination – is reflected in UK law and policy.

Although it praises some initiatives by the Scottish and Welsh governments to promote inclusion, it is scathing of the UK government’s inconsistent and patchy approach to protecting disability rights and its failure to audit the impact of its austerity policies on disabled people.