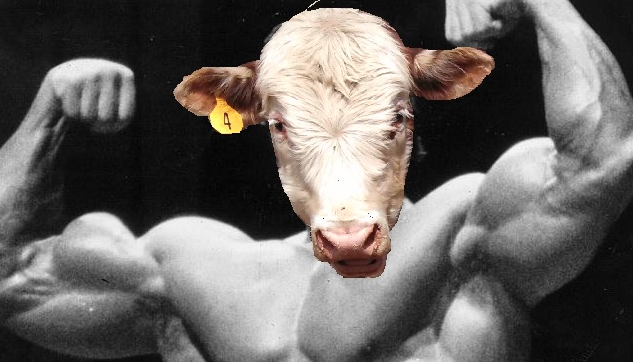 By Lawrence Carter – Unearthed: US agribusiness lobby calls on Trump to target UK food and environment rules in Brexit trade deal. American agriculture interests have flooded the US government’s trade agency with demands to pressure the UK into slashing food standards after Brexit, official documents show.

Earlier this week the US trade representative closed its consultation with stakeholders on objectives for post-Brexit trade negotiations with the UK.

Responses to the consultation, which was launched late last year, were dominated by the powerful food and agriculture lobby, which made nearly a quarter of the total submissions received — far more than any other sector of the US economy.

The comments, made by corporations and trade associations representing thousands of US businesses, urge US negotiators to press the UK into scrapping or weakening regulations that govern pesticides, genetically-modified crops, and the production of chicken and meat products as part of a post-Brexit trade deal.

Shadow trade secretary Barry Gardiner warned that lowering standards could lead to a race-to-the-bottom, telling Unearthed: “We cannot countenance any agreement that would lower our food standards or allow products into the United Kingdom that are produced to lower standards.”

In its submission, global agri-industry giant Cargill said the US “should seek complete agricultural market access for its firms” and “eliminate intended or unintended non-tariff barriers in the agriculture sector.”

In this context, non-tariff barriers are rules that restrict trade from one market to another, such as the EU’s ban on the use of growth hormones in imported beef.

The powerful American Farm Bureau Federation said that “full recognition of the safety of the US agricultural and food system must be included.”

This would mean that products such as hormone beef, chlorine-washed chicken and genetically modified potatoes could be sold in the UK. It could also mean that the UK may be forced to permit the sale of fruit and vegetables grown with pesticides that are banned in the EU on environmental and safety grounds.

The Bureau added that the UK should “restore science as the basis for food safety regulation” by eliminating all restrictions on US agricultural exports.

The National Pork Producers Council (NPPC) specifies “the elimination of all sanitary and phytosanitary [SPS] barriers to pork”, including measures designed to restrict the use of growth promoters such as Ractopamine and to prevent tapeworm and antibiotic resistance.

In 2017 a top lobbyist for the NPPC told Unearthed: “It would be over my dead body that a free trade agreement gets through the US Congress that doesn’t eliminate tariffs on food and agriculture products… and non-tariff barriers”.

The agriculture lobby also zeroed in on EU rules on genetically modified organisms, with the National Potato Council seeking a deal that “allows for imports” of GMO food products while the American Sugar Alliance raises concerns over labelling.

The EU’s strict regulations on trace amounts of pesticide in food is another issue for the industry, with both the Cranberry Marketing Committee and US Wheat Associates seeking relief from such standards.

‘The pursuit of free trade’

In a statement provided to Unearthed, Gardiner said: “Whilst we want to see positive, progressive trade agreements with our biggest trading partners, we cannot countenance any agreement that would lower our food standards or allow products into the United Kingdom that are produced to lower standards.

“Gove may not allow our domestic standards to be lowered but Fox may allow you to buy the American produce that is produced to a lower tolerance level and is therefore cheaper. In their mind that is not a lowering of our standards, it is simply ‘Consumer Choice’ and the pursuit of free trade.

“Of course, it is only a choice if you actually know what the difference is and what produce comes from which regulatory regime. That is why good labelling is important, however, labelling requirements are seen by Liam Fox and his friends as anti-competitive ‘Non-Tariff Barriers’.

“The knock-on effect for our agricultural producers is clear. I spoke with farmers at the recent Oxford Farming Conference who made very clear their concerns about American agricultural practices and what will happen to their capacity to compete if these products are given access to market here. It will inevitably result in a contraction in our domestic production capacity.”

In another submission, the powerful libertarian outfit Americans for Prosperity, founded by the billionaire industrialist Koch brothers, said the countries should do “seamless and simple” trade, similar to that done between member states in the European Union.

The Kochs have also been lobbying on Brexit negotiations on this side of the Atlantic, with their business’ listing the issue on its EU transparency register page.