The attack on Facebook is not for our benefit 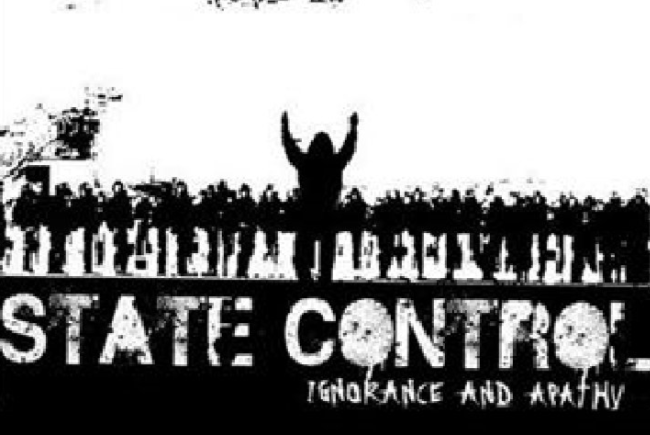 By Jonathan Cook: It’s some achievement to get me sympathising with Mark Zuckerberg. But denunciations from a powerful combination of a parliamentary committee in the UK and self-appointed watchdogs of the new media like the Guardian almost managed it.

The digital, culture, media and sport select committee finally published a damning report into Facebook after an 18-month investigation, as reported today by the Guardian.

The solutions demanded by the committee, however, are intended not to make Facebook and new media more accountable, as the report claims, but to reassert the dominance of the British state in surveilling the public and revive the declining fortunes of the more trusted old media corporations, the Guardian very much included.

And lurking behind it all is the terror of the political-media class at the spread of a new kind of political insurgency – a rejection of the current status quo for war and neoliberal pillage – given voice on new media platforms that is readily dismissed, by both the committee and the Guardian, as “fake news”.

What is really at issue becomes clear the moment one starts to unpick the report. It intentionally conflates three entirely different problems, muddling them together to win support for all three.

The aim is to hammer Facebook into submission, not for our benefit – as is desperately needed – but so that the state and media establishment can “take back control”.

Let’s look at the report’s conclusions.

First, it rightly accuses Facebook of being “digital gangsters”, harvesting private information so that it can be sold. Facebook, the committee warns, has been monetising our private lives.

“Facebook continues to choose profit over data security, taking risks in order to prioritise their aim of making money from user data,” the report states.

It hardly needs pointing out that Facebook is a for-profit company that specialises in accumulating information, the details of our lives we willingly hand over.

It was inevitable that a global company providing a digital platform for sharing information between friends would get greedy and share that same information privately with those who wish to exploit us, whether commercially or politically.

Until data-sharing companies arose, the state and its security services had a near-monopoly on such covert surveillance. Think of all those CCTV cameras dotted along the high street. Or watch an episode of TV show The Hunted, where former police officers quickly hunt down members of the public on the run.

The parliamentary report sounds much less like a clarion call for our privacy to be respected than a threat to Facebook from the establishment over such information being spread around too much.

Because when this kind of data becomes too accessible, you risk unpredictable outcomes, like a Dominic Cummings using it to engineer victory in the Brexit referendum. And who knows, if this carries on, one day the Scottish nationalists might find a way to win independence from London rule.

Second, the committee is exercised by the fact that Facebook has created “market dominance” for itself to “crush rivals” and is “shutting them out of its systems to prevent them from competing with Facebook or its subsidiaries”.

Hmm, doesn’t that sound exactly like what companies are supposed to do in our neoliberal capitalist societies? After all, if we turn our attention to the old media for a moment, hasn’t Rupert Murdoch been allowed to create “market dominance”? Doesn’t he seek to “crush rivals”? Don’t all large companies try to “shut out” competitors? Why is it so bad only when Zuckerberg, does it?

Or is this not really about “market dominance”, but about a young upstart social media corporation replicating the economic models of the old media giants and nudging them into the long grass?

The problem is not that Facebook has market dominance, but that our economies are nowadays premised solely on the idea that a tiny number of corporations gain market dominance. Let’s challenge that idea, not single out Facebook.

Third, we get to the nub of what this is all about. The giveway is in the report’s remit, as explained by the Guardian: it was set up in response to concerns “about the influence of false information and its ability to spread unscrutinised on social media”. Or as the paper describes it more pithily elsewhere, the committee was investigating “disinformation and fake news”.

The goal here is not just to ensure that the state regains control over our private information and that the old media regain their commercial advantage.

More importantly still, the goal is that both get to control the political agenda, the ideological narrative. All that fearmongering about “Kremlin bots” and “fake news” on social media is designed to curtail dissidents voices, those who demur from the centrist – warmongering, planet-destroying, neoliberal – consensus.

The critical left – anything to the left of the Blairites, including Labour leader Jeremy Corbyn – are being presented as politically toxic as the white-supremacist right. Both are viewed as equally a threat, as evidence of a dangerous populism, as the wild weeds sown by “fake news”.

The committee report is simply the latest hammer blow against the new media, with Facebook most prominent, to bring it into line, to fully subordinate it to the traditional political and media class.

Tom Watson, the Labour party’s deputy leader, and the man best placed to stab Corbyn in the back should the right moment arrive, is not even shy of making that clear: “If one thing is uniting politicians of all colours during this difficult time for our country, it is our determination to bring him [Zuckerberg] and his company into line.”

Facebook, of course, has no ideological objections to complying. It does not care about freedom of speech, or pluralism, only about its image and market position.

What holds it back from full compliance is not the damage that will be inflicted on our political freedoms from a crackdown on dissident views, or “fake news”, but the economic pain it will incur if it hands back control of the digital data it has amassed.