The Demise of Global Britain 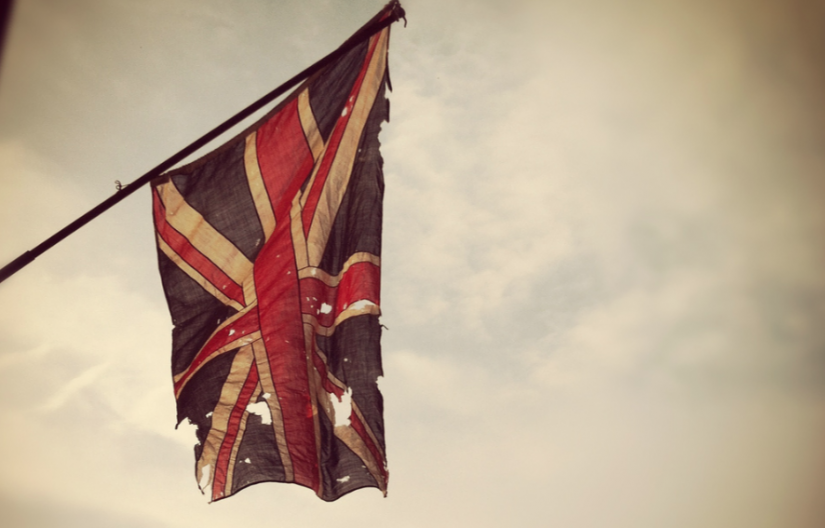 By Graham Vanbergen: The almost universal collapse of British foreign policy could not have been timed any more accurately than right now – a time of real and perceived deepening uncertainties around the world.  Arguably, without Brexit, merely a scheme of political self-harm devised solely by the ruling Conservative party decades ago, Britain would now be revelling in its new-found powers by being the global super league mediator with its characteristic calm and cool Britannia charm.

Unfortunately for Britain, it decided to be the forerunner of isolationism by abandoning the close relationships it had built that firmly anchored America with an ever more confident European Union. Both were trading partners that were more recently advancing on a more adversarial trajectory, now currently locked in a war of words and finger-pointing with all the possibilities of a crumbling relationship that could lead to a future trade war.

Britain with hundreds of years of diplomatic experience could have been the trusted umpire of Atlanticism while taking full advantage of its position in the meantime.

Today, global Britain is witnessing the complete opposite of ‘taking back control.’ If anything, as the London School of Economics recently put it, the real Brexit dividend, if ever there was one, is that we are facing “a decade of economic underperformance against its peers”. (1)

After the two years since Britain’s EU referendum, it has become clear there never was a plan B. Aspirations of reviving its past global influence have fallen into what looks like a nightmarish delusion espoused by the political and media mouthpieces of the right wing. Far from being a small island nation punching way above it weight – Great Britain, as it was once known, is the now the weakest link of the global power super league.

Britain has already lost so much influence in the world in just those two years. With fast-changing geopolitical alliances and strategies at play today, the world requires a calm head. Britain’s attributes and skillsets in cyber-warfare and defence, energy, security and diplomacy could have been key. Years of policy-making and planning now lay in tatters.

Europe and America have demonstrated that political extremists are on the rise – and Britain’s liberal democratic values would have been invaluable at a time like this. Sadly, Britain is now in the same boat as those stoking nationalistic sentiment and trampling all over civil liberties and human-rights whilst political infighting consumes the attention of everyone and everything.

In the meantime, Britain is not just facing the challenge of negotiating Brexit – it is demonstrating in front of the world stage its incompetence and more than anything that it lacks the confidence to do so in a manner befitting a world power.

The FT wrote this month that: “The British prime minister’s insistence that the UK could leave the EU without a formal agreement was always an empty threat. It was never taken seriously in Brussels, still less in Whitehall.”

Even more recently there has been talk of a no-deal Brexit with the EU. And as the FT opines the result of that would be acrimony and an isolated Britain – “guaranteeing chaos on all sides” and a “series of co-ordinated unilateral actions would be required to avoid a national crisis.” (2)

Unfortunately for Britain, it would then be reduced to asking the EU for help simply to function – a far cry from Conservative party promises at the last election of a strong and stable government.

Although Britain’s economy has not yet crashed due to the Brexit vote as some had predicted, growth and productivity are now rapidly slowing and investment in the UK is currently on hold – pending years of squabbling with the unknown. There is no chance that Brexit will be over any time soon no matter who decides what.

One thing that is becoming clear, the Brexit decision is now having a negative impact on daily life. And the one bit of good news there is – employment, hides a nasty truth. According to the latest figures, the UK’s employment rate stood at 75.6% of the working age population, the joint highest since comparable records began in 1971. However, the UK now has the weakest wage growth in the G7 – a fall from the top to the bottom in little more than 18 months. It now also boasts the worst performance in wage growth in all the 34 OECD countries – except Mexico and Greece – an accolade many have taken note of. (3)

The news about Brexit just keeps getting worse now that organisations are investigating its reality to determine their own prospects.

A survey of 600 Eurozone corporations by UBS recently found that as much as three-quarters of companies headquartered in EU countries – plan to shift at least some of their investments away from the UK. About 10 per cent intend to leave the UK entirely. For instance, according to the Society of Motor Manufacturers and Traders, investment in Britain’s car industry has been reduced by almost 50 per cent already. (4)

No one, not even the Conservatives know what kind of Brexit might be agreed at this late stage. Why would any organisation invest in a business environment like that? And while most reasonable people would agree there is likely to be some economic transition cost, Brexit is little more than a game of Russian roulette encouraged by a party ill at ease with itself and the world around it.

Crisis after crisis – then tension

Britain has suffered more than many as a result of the banking-induced disaster that still pervades civil society a decade after its almost universal implosion. Austerity has caused a crisis of daily life, not least a health crisis, a housing crisis, a social care crisis, a pensions crisis, a poverty crisis and much more.

The prospect for Britain does not look anywhere near as rosy as hard-Brexiteers would have you believe. Two elections in 2022 and 2027 will define the next decade and enduring political tensions will permeate through every family, every community, every corporation and the decisions they all make. The opportunity to make hay with the Brexiteers dream of a new economic era looming on the horizon appears to be a just a mirage the further down the road we go.

Muted wage growth and anticipated restrained investment decisions will cause a weakened economy to contract further. The combined effects of a soon to be felt fall in house prices and commercial buildings will signal what is in store. What confidence remains will evaporate in uncertainty and instability – a self-perpetuated recession will grip the nation. However, Britain has weathered these storms before.

Some of Britain’s post-war recessions have been brutal. In the mid-1970s recession, the economy contracted 6.1 per cent between 1973 and 1975. In the early 1980s recession, it was 5.2 per cent. The Great Recession we have just experienced caused the economy to contract by 6.2 per cent while doubling the national debt to nearly 90 per cent of GDP – way beyond that of both world wars. Unemployment spikes reached an eye-watering 11.9 and 10.7 per cent in the 1980s and 90s respectively – but the nation ploughed on.

What the Brexiteers won’t tell you though is the sheer body of information becoming available as institutions prepare themselves for the storm ahead. And there are threats other than economic ones.

Again, in front of the world stage, democracy in Britain has taken a savage beating. The Electoral Commission’s investigation into the official pro-Brexit referendum campaign was leaked, revealing colluding campaigners such as ‘Vote Leave’ guilty of seriously breaking electoral laws on multiple accounts. So far, politicians have failed to act amid insignificant fines. Stories are emerging of Think Tanks and charities pushing Brexit for climate deniers, pharmaceutical and agribusiness corporations with disinformation, propaganda and fake news. (5)

The Scottish nationalists are already salivating over the Brexit bomb and its resultant fallout. Will the Scottish National Party go for an early referendum in spring 2019 or wait for a couple of years when the full extent of the Brexit apocalypse will have become apparent to all? The point is that the British Union is much less likely to survive when all is said and done. (6)

All in all, the greatest post-Brexit threat for Britain is that its legitimacy as a global power has completely disintegrated in little more than a couple of years and by the time its economy has recovered and politicians have stopped fighting, the world will have moved on without her.

The hard-right vanguard of Boris Johnson, Jacob Rees-Mogg, Liam Fox, et al, driving Brexit into rough waters equals little more than political anarchy for Britain. Being millionaires and with the benefit of revolving doors, they will, no doubt be ready to jump ship like David Cameron did once reality and the repercussions and resentment starts to bite back in the years to come.