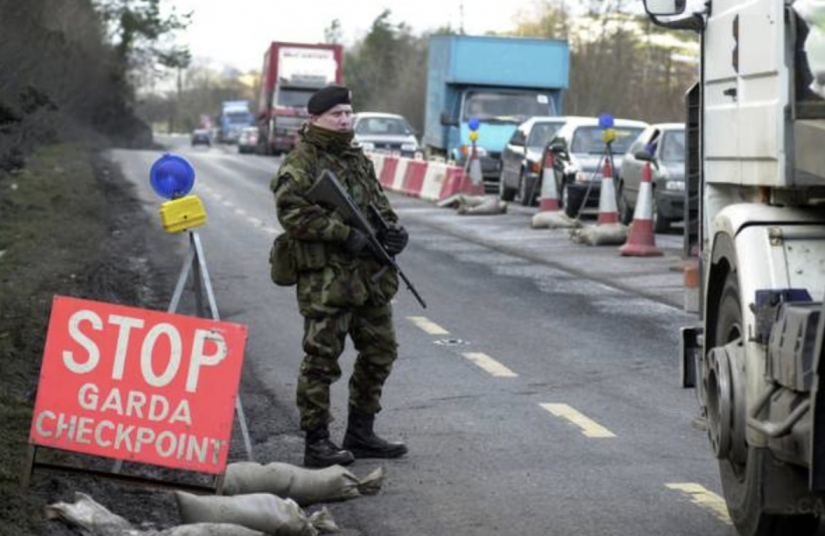 TruePublica Editor: The Police Service of Northern Ireland counter-terror chief warns of year-long upsurges in dissident republican support – a motivating factor for extremists in the event of a disorderly exit. Chief Constable Barabara Grey said – “anxiety levels had risen since Boris Johnson became prime minister promising to leave the UK “do or die” with or without a deal.”

It is the third recent warning from senior police on the island over the impact of a no-deal Brexit.

Simon Byrne, the new chief constable of the PSNI, warned Brexit could become a “trigger and a fuelling point” for more people to join extremist groups. Last week, the former deputy head of the PSNI Drew Harris who is now the Garda commissioner in the Republic of Ireland, warned that six decades of cooperation in law enforcement across Europe would “fall away” after Brexit.

People are genuinely frightened in both Ireland and Northern Ireland at the prospect of a no-deal Brexit and what that might bring.

It is clear Westminister will do nothing, however, to help clarify the situation – the UK’s Committee on the Administration of Justice (CAJ) joins with a range of civic and business groups in writing an open letter to Nancy Pelosi, Speaker in the US House of Representatives, on the need to protect the NI peace settlement during US-UK trade talks.

As US Vice President Mike Pence continues his visit to Ireland and the UK, a consortium of civic and business organisations from across Northern Ireland have called on US legislators to protect the 1998 Belfast / Good Friday Agreement in their decisions relating to the post-Brexit US-UK relationship.

Civic leaders from across various sectors Northern Ireland have written an open letter welcoming the recent affirmations from the Vice President and from Speaker Nancy Pelosi – as President of the Senate and Speaker in the House of Representatives respectively – of the United States’ intention to respect and uphold the 1998 Agreement.

The letter is signed by a range of civil liberty groups, community organisations, trade unionists and representatives of businesses across Northern Ireland and is addressed to Nancy Pelosi as Speaker.

Speaker Pelosi has made several statements in which she has affirmed that there will be ‘no chance’ of a US-UK Free Trade Agreement if the 1998 Agreement is compromised.

A delegation from the consortium is travelling to Washington in mid-September to raise their concerns with Speaker Pelosi and other senior US politicians from across the two parties in Congress.

The President of the Londonderry Chamber of Commerce, Brian McGrath, explained the context for the letter, “The letter expresses a sense of escalating danger in Northern Ireland, which is set to suffer the worst effects of a no-deal or a ‘hard’ Brexit”. And yet the means of full democratic representation are currently limited. He noted, “As of today, Northern Ireland has been without a fully functioning regional government for 960 days.”

Brian Gormally, CAJ Director, said, “Our letter sets out the main conditions for peace which must be protected through the process of the UK’s withdrawal from the EU and its future trade agreements.” He summarized these conditions as coming under four headings: “The normalisation of security arrangements, the economic stability and investment essential to embedding peace and providing stability for future generations, the equal rights and non-discrimination of citizens here, and the importance of cross-border cooperation. These are the pillars to peace here.”

The letter underlines the importance of the international dimensions to the peace process as well as to Brexit. In light of this, the signatories call on Congress to scrutinise any future trade deal with the UK very carefully, to ensure full compliance with the 1998 Agreement.

The full text of the letter is available here: Pelosi letter Sept 19