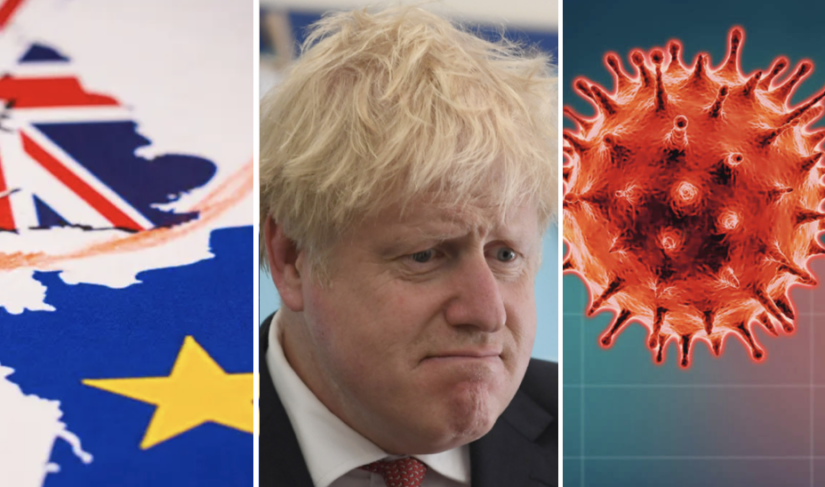 At TruePublica, we believe in social cohesion, the rule of law, civil liberty, human rights and of course, democracy. Recent events, both Brexit and Covid-19, have given this government, in particular, an opportunity to act in bad faith and create a space for emergency legislation used to abuse the normal workings of representative and parliamentary democracy.

We all understand that Covid-19 meant responding to a public health crisis with special measures, emergency powers and the like – but no-one thinks it should give the government the excuse to do as it pleases, when and how – simply to grab more power or take liberties, which they have done to excess.

Many senior political commentators, former leaders and civil society organisations are very concerned that Britain is – as we have warned since 2015 – becoming more authoritarian. A quick search using the keywords “Britain rogue state” or “failed state” returns masses of articles from Bloomberg, The National, The Journal, Channel4 News, ITV, BBC and even right-wing newspapers using these exact terms. From MEP’s to former senior British politicians – the language being used is strident and ever more shrill.

Amid the cacophony of calls to stop the Brexit jihadists in Westminster from breaking the signed Withdrawal Agreement treaty with the EU27 and along with it, international laws, below the surface, many had already commented that the trajectory of this government was going much further even than that. Boris Johnson’s administration is heading straight for what is known as an illiberal democracy. These types of democracies tend to come with strong, more centralised power with more limited freedoms and ill-defined executive powers, often vague and shifting, which extends the power of the executive as its goal.

They also include control of the media by the incumbents, electoral fraud, large-scale spending by the state in favour of donors and supporters. Then there is the manipulation of information, the prolific use of propaganda and slogans, opportunistically seizing on systemic weaknesses and so on. The current incumbents at Downing Street have been accused of all of them to some greater or lesser degree.

Lord Sumption, former Supreme Court judge, in his campaign to defend civil liberties under lockdown says – “When tyrannies take over it is because people volunteer their liberty voluntarily.”

The lockdown has been enforced mainly through the Health Protection (Coronavirus, Restrictions) (England) Regulations 2020, known as the “Lockdown Regulations”, imposed under powers delegated by the Public Health (Control of Disease) Act 1984. In addition, the Coronavirus Act 2020 prohibits gatherings, cancels elections and contains the notorious Schedule 21 which allows for you to be forcibly detained, tested, treated and quarantined.

“Criminalisation should be removed from these laws,” says Kirsty Brimelow QC. “Too many people sitting together having a picnic should never be a criminal offence.” She hoped there would be sensible guidance from police chiefs to officers. Instead, “we had police stepping beyond their powers, fining people for sitting on park benches and threatening to inspect people’s shopping trollies.”

In England, there was a rule we should be two metres apart. It might be sensible guidance, but it has never been law and we shouldn’t forget that.

The first emergency laws were understandably introduced quickly, but that was surely no excuse when a further 264 statutes were brought in. Laws to cover local lockdowns could be debated properly in parliament and Brimelow says the fact that they aren’t “can only mean government seeking to bypass the democratic system”.

Silkie Carlo – Director of Big Brother Watch angrily hits out at the government by saying:

“This is the greatest loss of liberty in modern Britain and it has happened by diktat. This is how autocracies and dictatorships emerge, for the ‘greater good’, measure by measure. It’s been a cacophony of disaster. With contact tracing, the government wanted to collect as much data as possible and hold it centrally. They were basically asking people to be on a state-issued digital tag. We warned them that there are serious risks with this.”

“A lot of public money has been wasted. The government doesn’t understand that they need public trust, but that doesn’t come from rhetoric and finger-wagging. You can’t force people, you need a high degree of trust. That trust did not exist with the app. More covert surveillance powers may be being used, including “sentiment analysis”. Does this mean our private Facebook timelines? “Facebook and ‘private’ don’t belong in the same sentence.”

Solicitor Stephen Jackson is so concerned about the misrepresentation of guidance as law that he founded the website Law or Fiction to help citizens and employers make sense of the emergency legislation.

“People think physical contact is not allowed. There are sad cases of people thinking that they must only wave through the window at family, grandparents think they can’t hug their grandchildren. But they are allowed. And imagine the barbarity of not being able to say goodbye to loved ones on their deathbed. This creates permanent scars.”

Together with solicitors Wedlake Bell and barrister Francis Hoar mounted a legal challenge against the government, arguing that the lockdown regulations removed the right to liberty by restricting people to their houses, the right to a private and family life, the right to freedom of religion and expression of it, the right to protest and free assembly; plus the damaging effect on business interests and education.

They also question whether the government was right to make the emergency laws under the Public Health Act since it covers infectious people, and the whole population cannot be deemed to be infectious.

At first, a High Court judge denied their request for judicial review. But on 4 August the Court of Appeal ruled their case highlighted “fundamental” concerns about the accountability of ministers. The next hearing is expected to be held at the Court of Appeal at the end of this month. This will decide whether the case should progress to a full appeal which would see the government pressed to defend the introduction of measures which were described by the court as “possibly the most restrictive regime on the public life of persons and businesses ever”.

“The state decided without debate to restrict our rights and freedoms in ways that are unimaginable in a democratic system. This is not the way a normal liberal society operates. What is terrifying is that this wasn’t just imposed by governments — people wanted it. Of course, people can choose to stay in their homes, but they wanted it to be law, to impose these restrictions on others. Protest was made illegal on 26 March. In fact, any gathering of more than two people was made illegal. This is an epochal moment: it feels as if a barrier has been breached. One thing that is troubling is that people experience restrictions being lifted and talk of being ‘allowed’ to go to the pub or visit their family. Can you imagine saying that before?”

Hoar goes on to say that lawyers should do their part: “The rule of law does not exist in isolation. It depends upon lawyers and judges prepared to defend it against government power: not just through their cases but through condemning the state for stripping individual liberty. It is our responsibility as lawyers to do so.”

In the short-term many people will naturally take the view that the government will operate in good faith when it comes to the pandemic, that emergency powers will be revoked at an appropriate time when the storm has passed. But with this government that is not true. Covid also gave this government the opportunity to seek powers over Brexit that enabled laws to be ushered through without parliamentary debate – effectively cancelling our understanding of democracy.

There are other actions this government has taken, such as giving an American surveillance company with very deep military and state intelligence relationships total access to the NHS database. This same firm was involved in the assault on democracy over the EU referendum alongside Cambridge Analytica/SCL Elections. These companies have proudly boasted of their ability to ‘change hearts and minds’ in wartorn countries and have the ability to subvert free and fair elections across the world.  These companies emerge when states like America and Britain privatise military propaganda and their influence over Brexit is now a matter of documented record.

Writing in The Observer last year, Carole Cadwalladr posited that Britain (and one may as well add the US) are increasingly “looking like a ‘managed’ democracy. Paid for by a US billionaire. Using military-style technology. Delivered by Facebook. And enabled by us.” But the truth is a lot worse than just that. For Britain, both Brexit and now Covid have emboldened a desperate government using technologies that has the very design of democracy destruction built in. The Independent newspaper wrote that  “It encompasses governments, the military and intelligence agencies intent on exploiting the internet and social media for surveillance, control and manipulation of citizens and societies.”

A former columnist at the Times of London, the International New York Times and the Financial Times has called Boris Johnson a “quasi-dictator.” UN Director Jefferey D Sachs has called him a “chronic liar” with a “disordered mind” and Chris Patten, former chairman of the Conservative party and last British governor of Hong Kong says Johnson is turning into a “tinpot dictator” and will eventually push the country into what many are now saying is actually happening – a failed state.

Yascha Mounk, an associate professor at Johns Hopkins University, a senior fellow at the German Marshall Fund, and a senior adviser at Protect Democracy says that Johnson presents “the most blatant assault on democracy in Britain’s living memory, and one of the most serious any Western country has faced in this populist era.”

At what point does the British public accept that democracy, civil liberty and human rights are to be protected far more than a populist who pretends to be able to sort all of the ills of society who only ends up threatening those same freedoms simply to stay in power?

Johnson and his out of control technocrat Dominic Cummings along with their cronies are dismantling democracy, building government through corruption, tearing apart civil society in highly divisive culture wars and creating the environment of authoritarianism. The thought that Cummings has already demanded every British citizen should have an ID card stuffed full of highly sensitive personal information including biometric data littered on the servers of private corporations should horrify any sensible person regardless of their political persuasion.

Further references:
The Critic – This is how dictatorships emerge, for the greater good, measure by measure (source)

The great British Brexit robbery: how our democracy was hijacked (source)