Brexit Britain – The Serious Question Of Becoming A Failed State 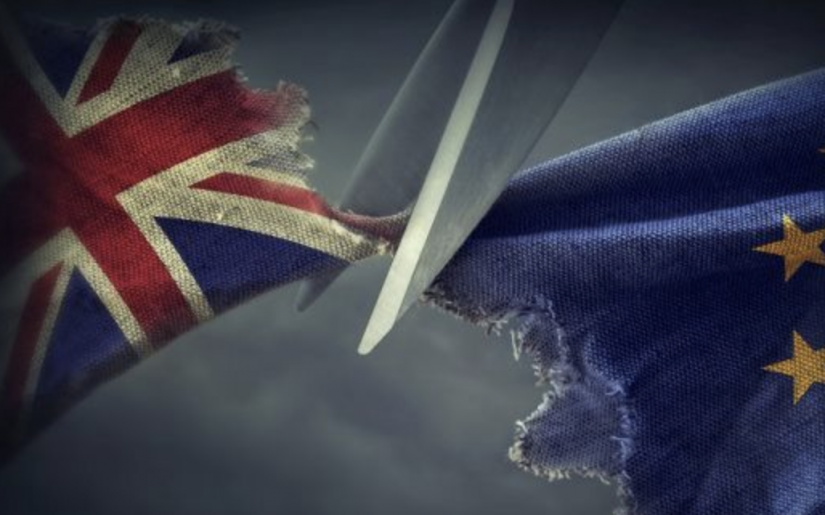 By TruePublica: This is the formal description of a failed state – “A failed state is a political body that has disintegrated to a point where basic conditions and responsibilities of a sovereign government no longer function properly. A state can also fail if the government loses its legitimacy even if it is performing its functions properly. For a stable state, it is necessary for the government to enjoy both effectiveness and legitimacy.”

It’s hard to even contemplate a country like Britain crumbling to the point of becoming a failed state. In the above description, it would be true to say that Britain’s political system has become weak and unstable and that the government is not really in control of the immediate or near future. Certainly, the government’s legitimacy is questionable. Brexit has in some way disabled almost all parts of government including its civil service from performing its normal functions properly. The institutions that support civil society have been thoroughly undermined by the governing party since 2010. Sovereignty is now challenged, not least because the union itself looks set to fail but also because the agenda of some foreign policy decisions are not being made within Britain’s own government. Britain does have a strong economy and even if a deep recession occurs, which is now expected as a direct result of Brexit – the economy will continue, albeit in a weakened state.

The question of Britain becoming a failed state is, is now being raised by economists, political commentators, columnists and quietly within parliament itself. Type in the keywords into your favourite search engine – ‘Britain Failed State.’ Results returned come from all over the world and from some serious thinkers.

On its current trajectory from the Tory coalition government of 2010 to the referendum to this point – the next ten years look very bleak.

If you don’t think so, just look at Chris Patten’s (1) recent comments – “Failed states used to be largely the preserve of the developing world, where the institutions of democracy do not have deep roots. But given the extent to which the Brexit campaign has undermined Britain’s institutions through lies, it is reasonable to worry that the country will soon come to resemble a tinpot dictatorship.”

Is it an exaggeration, sensationalist even, to speculate that Britain could become a failed state asks the Irish Times.

Raphael Hogarth, a respected political commentator, writes for The Times and is an Associate for the Institute of Government also thinks Britain is heading for state failure. “If (Johnson) maintained his commitment to take the UK out of the EU without a deal on 31st October,  “come what may,” “do or die,” ignoring the letter of the statute or even a court judgment clarifying it for him, then that would be the end of the rule of law in this country. It is no exaggeration to say that the United Kingdom would have become a failed state.”

Rupert Strachwitz is a political scientist and Executive Director of the Maecenata Foundation, a Berlin-based Think Tank on Civil Society and also heads the Maecenata Institute, the foundation’s policy and research centre. He makes the point that on its current trajectory, Britain’s state of affairs has now reached crisis point. “The widespread failure of its governing elites to come to terms with reality over a period of somewhere near 100 years is now making the whole fabric of the United Kingdom crumble and may indeed bring it down. Britain is in a state of emergency.”

David Pratt – the foreign affairs editor of The National had a conversation with someone who spent decades working for the Foreign and Commonwealth Office (FCO). Having operated in a few failed states, that person at the FCO was at pains to point out that the idea of the UK slipping into failed state status was not as daft at it might sound. Pratt makes a point of highlighting how failed states lose territory (the union for example), fails to deliver public services and allows “non-state actors” (like Trump) to increasingly influence, if not take control. And it is true to say that – “more and more of the UK’s citizens no longer believe that their government is really legitimate.”

Then there is the global organisation whose task it is to monitor such things as state failure. Just a few months ago, the results of the annual Fragile States Index (2019) was published. Five countries made the rankings as this year’s “most worsened”. In referring to Britain it said:

Then there is the very first duty of government – security. As our article says in – “Will critical infrastructure fail in November?” – national infrastructure systems are definitely threatened and more than heavily overstretched by Brexit. That much has been confirmed by the government with various leaks from last year and more recently in the last week or so.

In a report by TruePublica, last week entitled – The near-collapse of national security and policing we wrote:

“Boris Johnson’s pledge to recruit 20,000 new police officers will fail to undo the damage caused by years of Conservative budget cuts, senior officers have warned. New analysis suggests that more than 46,000 will have to be hired to meet the target and replace officers leaving the service over the next three years and that’s not including 15,000 officers ordered into back-office administration. The staffing crisis in the NHS has been described as a national emergency and ironically, the British Army is now even recruiting foreign nationals as it too faces a crisis as numbers of new recruits has fallen by one third. In addition, Nearly one-third of MI5 officers are now focused on Northen Ireland and the ending of EU security and cyber-security sharing is highlighted as a significant risk to the public. It is Brexit that brings these weaknesses of national security and public safety into sharp focus.”

Leaving aside the constitutional crisis that Brexit brings – the almost inevitable breakup of the union, there are other issues.

Simon Wren-Lewis – Emeritus Professor of Economics and Fellow of Merton College, University of Oxford has advised the government on economics in the past. He makes comment about what we can expect, not just about the economic effects of Brexit, but how trade deals really work:

“Donald Trump supports Brexit because he knows the UK will be desperate to do a trade deal with the US when it leaves, and he knows people desperate to do a deal are vulnerable to exploitation. In this case, no deal may well be better than a bad deal, but the government will sign it anyway because it will look good at the time, and the harm it does can be delayed or fudged.  This illustrates a basic political point. Countries are much stronger as part of a group than they are on their own. We have already seen how the EU has backed the Irish government in trying to keep to the Good Friday Agreement alive, and when the UK crashes out just watch the EU’s efforts to diminish the economic costs on the Irish economy.”

The truth is that whether you agree with Brexit or not, Wren-Lewis is right in what he says. Brexit will see the end of the Irish peace-process, if not officially immediately, most certainly in blood being spilt, which is already happening. He is correct to say that wealth lost through a slowing or recessionary economy is wealth you can’t get back. Everyone, especially those less able to defend themselves will be poorer for Brexit. And he is, of course, right about that trade deal with the USA.

Wren-Lewis also asserts that state failure arrives because the producers of information have made it fail – and continue to do so.

Then we come to another problem with Brexit. And although it looks a bit bleak now, well, it looks worse as we go forward into the future when asking some salient questions that have to be answered (2). These questions are raised by Mike Smithson, an expert in betting on political outcomes (described as the most influential person in the British political betting community).

(1) What the consequences of a No Deal Brexit will mean for our politics. (Will those who voted for it benefit from it? And if not, how will they react? And how will those who bear its costs behave?).

(2) What the Remainers/Anti-No Dealers will do. (Will they campaign to rejoin the EU? And, if not, where will their votes go?).

(3) What sort of relationship Britain will have with the EU in future. (And how it will get it).

These questions have profound consequences as they play out. For instance, if Britain tried to rejoin the EU after leaving it, the terms and conditions it would receive would be considerably worse than the country currently enjoys – that much we know. If Britain leaves the EU, which it is now expected to do, the country will be considerably worse off – that much has been calculated, estimated, reported and analysed ad nauseam by every government and non-government economic expert in the land. So how will an electorate, angered even more than it currently is, react when the trajectory is down no matter what road is chosen.

Britain has been backed into a corner with no good exit points to choose from. According to many experts,  Britain will need to slash public services, raise the national debt and/or national taxes (or a combination thereof) to pay for the problems that Brexit brings. The country is being advised that there is no way out of this self-inflicted national catch-22. It will likely drag on and on, cause more division, and create a more forceful, maybe physical response to those in power.

Just remember how the Yellow Vests Movement got a grip in France. That was a response to a higher cost of living, falling wages and a government in power who refused to listen and it is by no means a stretch of the imagination for a post-Brexit Britain to experience something similar. This is why the government is more prepared for public violence on the streets of Britain than anything. And there’s a reason. They have not forgotten the London/England riots of 2011 which saw large scale looting, arson, and mass deployment of police, which also resulted in the deaths of five people along with several hundred £million in repairs cost. There were 3,443 crimes across London alone and over 3,000 were arrested – caused by an unexpected spark.

The Brexit bomb is ticking. Is it not really that much of an exaggeration to say that the United Kingdom could become a failed state with a few more tweaks by the wrong people in the right places.

(1) Chris Patten, the last British governor of Hong Kong and a former EU commissioner for external affairs, Chancellor of the University of Oxford.