Will critical infrastructure fail in November? 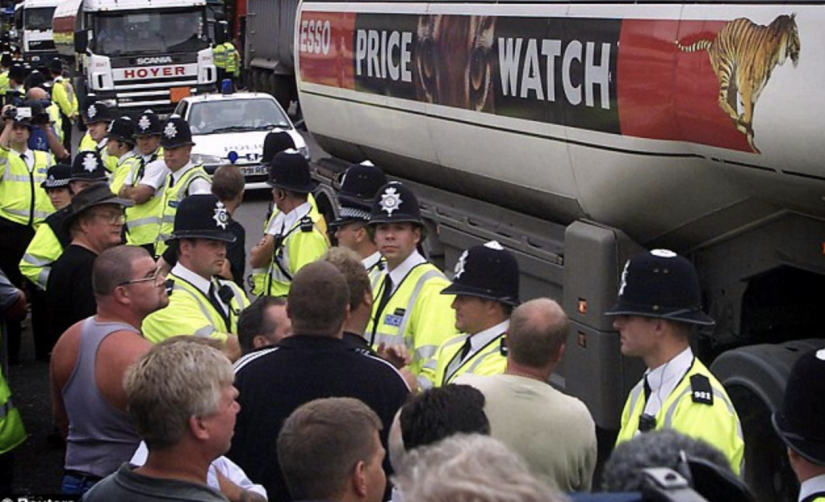 By Robert Woodward: Critical infrastructure or critical national infrastructure as it is known in the UK is a term used to describe assets that are essential for the functioning of a society and economy. Most commonly associated with the term are facilities for:

Consider the scale of national infrastructure that will be affected by the disruption of a simple but critical item missing in the supply chain, like, for instance, a European manufactured part required for critical hospital equipment.

Or try something we now know may actually happen like national shortages of petrol/diesel at the pumps.

There is now an expectation as a direct result of Brexit on 31st October that there will be fuel shortages.

We’ve had them before in Britain, in fact, three this century.

The first major protest was in 2000 and was primarily led by independent lorry owner-operators. One group of lorry owner-operators from the South East of England formed a protest group called “TransAction” that protested at oil refineries and fuel depots in Essex over fuel tax hikes. Protests and blockades of oil facilities caused widespread disruption to the supply of petroleum products all across the country. The government then froze tax increases on fuel. It caused chaos everywhere.

Subsequent protests have not had as significant an impact but did result in panic buying in 2005 and again in 2007. I remember all three of them well. I was a senior manager working for a huge corporation that had 17,000 employees and over 3,000 company cars on its fleet. I was stopped from attending meetings and effectively managing my business area. Field-based teams were unable to travel. Our business suffered because we could not fill up our mode of transport with fuel. My wife, a medic with the NHS had to show her NHS pass and was allowed to fill up at petrol stations in order that she could get to the hospital she worked at.

Now think of this in the highly divided Brexit Britain of 2019. There are expected fuel shortages and inflation is expected to rise with the fall in the value of Sterling (GBP). A recession is expected and wages will stagnate again.

The Yellow Vest Movement in France was motivated by rising fuel prices and an increased cost of living to ordinary people. It began in October 2018 and the movement spanned the political spectrum. According to one poll, few of those protesting had voted for Macron in the 2017 French presidential election, and many had either not voted, or had voted for far-right or far-left candidates. The protests got violent as did the riot police and were recorded as being worst in France since 1968. This event was actually about discontent and fuel was its spark – literally.

The point I am making is this.

Look at the list of critical infrastructure systems that needs to be in good running order and then consider this list of government failures – all dramatically smaller projects the government managed to fail at. Think of the size of the task in managing all infrastructure in emergency mode at the same time. Then think of the divisive nature of society right now – more divided than for decades – will there be a spark?

Will Brexit be like Y2K where the world expected mass infrastructure failure or will it be a storm in a tea-cup? The point is – we don’t know and won’t know until it happens. What a dangerous way to run a country.

Robert Woodward is an investigative journalist for TruePublica