The near collapse of national security and policing 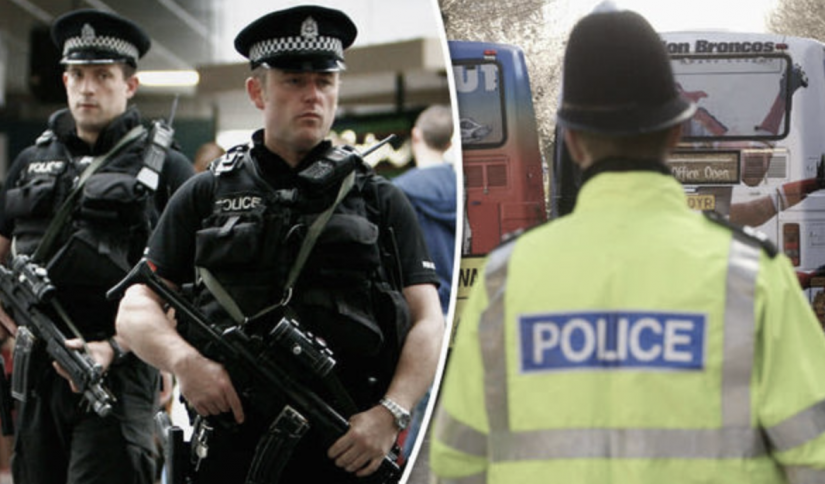 By TruePublica: Boris Johnson’s pledge to recruit 20,000 new police officers will fail to undo the damage caused by years of Conservative budget cuts, senior officers have warned. New analysis suggests that more than 46,000 will have to be hired to meet the target and replace officers leaving the service over the next three years and that’s not including 15,000 officers ordered into back-office administration. The staffing crisis in the NHS has been described as a national emergency and ironically, the British Army is now even recruiting foreign nationals as it too faces a crisis as numbers of new recruits has fallen by one third. In addition, Nearly one-third of MI5 officers are now focused on Northen Ireland and ending of EU security and cyber-security sharing is highlighted as a significant risk to the public. It is Brexit that brings these weaknesses of national security and public safety into sharp focus.

It all sounds like project fear on steroids, unfortunately, it isn’t. As the Independent reports – “Even if achieved, it would still fall short of the 21,000 officers lost since 2010 – as there are no plans to reverse the separate decline of 15,000 police staff, which has resulted in officers being dragged into back office and administrative duties.”

The Home Office has also now admitted it does not know how much the scheme will cost, what ranks are required, where the distribution of officers will be needed or where the money will come from with one spokesman also adding: “It is also unclear how 20,000 more officers will be accommodated following the closure of 600 stations since 2010.”

A National Police Chiefs’ Council report recently found more than half of forces missed recruitment targets in 2018-19, with many falling short by over 25 per cent. Again, its the same in the NHS. Ironically, the British Army is now forced to hire foreign nationals in a recruitment crisis as numbers fall by one third.

With considerably lower numbers of police officers on the streets of towns and cities, violent gang members are less worried about them. Statistics show that assaults on police constables rose by 18 per cent to almost 31,000 in 2018-19, as officers call for greater protection and support. Tasers are now being issued to all front-line officers in the hope of providing some protection. The problem is that more police officers are leaving the service because of the scale of violence, some of which is directed at them. It’s a vicious cycle that the government brought upon itself and the public who have to suffer it all.

However, another threat has risen its ugly head. Yes – it’s Brexit again.

The downstream effects of Brexit, and particularly a no-deal Brexit, have harrowing consequences for the safety of Britons. If there is no deal, the UK’s counterterrorism and policing operations risk being significantly burdened by borders and hindered by restrictions on intelligence sharing.

As Britain’s scheduled withdrawal from the EU nears, policing and counterterrorism operations hang in the balance. Critical agencies are cautioning lawmakers that the UK will become less safe as a result of a no-deal Brexit, pointing to the loss of shared EU information as the main concern. If EU-wide databases are no longer available to UK authorities from London to Greater Manchester and beyond, there is a considerable threat to the safety of the general public. Essential security measures, including extradition across European borders, could become more difficult, and the exchange of DNA, fingerprints and vehicle registrations would be put at risk. In response, they have set up a £2.4 million ‘safety net unit’, in case such a situation occurs. This will mitigate the risk but is only a temporary measure. The threat of criminals taking advantage of these intelligence loopholes remains high.

Confirmation of these increased threats emerged when  – TruePublica reported last February at the last Brexit deadline slated for March that Britain’s domestic Security Service (MI5) has more than 20 per cent of its entire force stationed in Northern Ireland, due to fears that the Brexit process might reignite the centuries-long sectarian conflict there. We now understand from a contact that number is now closer to one-third.

Just prior to the March Brexit deadline, other measures the government was preparing for were:

The scale of preparing for a no-deal Brexit will cost the country far, far more than the government is talking about, not just in taxpayer money but on civil society in general. What is also coming into sharp focus is the scale of cutbacks the Conservative government have made over the past nine years, which is now showing itself to be nothing less than a national security risk to everyone.