The Tory descent into oblivion 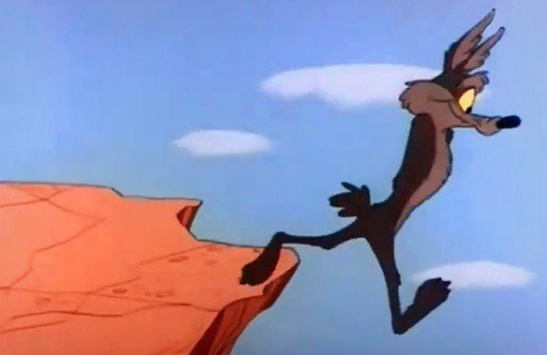 By TruePublica Editor: The Home Secretary, Foreign Secretary, and Defence Secretary are all fighting fires of their own making, whilst stabbing each other in the back. The Tory leadership battle is definitely underway and demonstrates their continued descent into what very soon might be oblivion for one of Europe’s most successful political parties ever.

The government has declared a “major incident” in the Channel following a sudden increase in the number of migrants attempting to reach the UK on small boats.

To be more accurate, it was the Home Secretary Sajid Javid who described the increase as a “very serious concern”. He has even brought back two Navy patrol vessels from overseas as part of efforts to stem the number of attempted crossings.

This ‘major incident’ of very serious concern’ as Javid puts it, in reality, is as follows.

The population of Britain today 66.86 million.

The number of migrants who have attempted to travel to the UK on small boats for the entire period of 2018 is just 539. And 227 of these migrants were intercepted by the French authorities before leaving France. That leaves 312 who made the attempt to cross the Channel. That is less than one migrant per 2 million of population in Britain.

If Britain’s government have decided this is a major incident and are struggling to cope without military intervention, then the country is finished.

By comparison, Greece has had 885,000 migrants landing on their shores since 2015 with a population of barely 11 million. That’s one immigrant in every 12 Greeks. At one point, Europe was seeing over 10,000 migrants a day arrive mainly because Western forces (Britain and France) attacked and destroyed Libya, known as the cork to the African migrant bottleneck, whilst engaging at the same time in the wreckage of the Middle East.

Another comparison could be that over 550 British (England and Wales) homeless people have died on the streets of Britain during 2018 – that is not of ‘very serious concern’ to the government, even though, these numbers are highest on record. Perhaps a ‘very serious concern’ would be that health and social care spending cuts have been directly linked to 120,000 excess deaths in England since the Tories came to power but that an additional 100 deaths happen EVERY DAY in England because of it. Somehow neither of these crises demand the mobilisation of Britain’s resources to help out.

So what else is going on here?

Not content with dividing society, destroying confidence in British business, being the architects of a predictable and costly recession that now threatens the livelihoods of countless hard-working Briton’s – senior Tories think that Brexit is the ideal opportunity to start canvassing for the top job, knowing full well that Theresa May politically represents little more than a dead body in the water.

Home Secretary Javid took the lead by courageously abandoning his £850 a night South African safari to save the nation from a surge of boats filled to the rafters with invading migrants.

Meanwhile, Foreign Secretary Jeremy Hunt, once the most hated politician in British politics was is in Asia boasting the UK’s post-Brexit “global influence” that Britain just lost through … Brexit. He, of course, is also fighting fires back home for charging forced marriage victims rescue fees. It’s all a bit ‘Windrushy’ and hostile and dare I say – just a little tinged with a spattering of Tory racism we are so used to today.

When Gavin Williamson was given the job as Defence Secretary there was a raft of objection from colleagues. One colleague very charitably said (among many who were far more forthright) – “Gavin Williamson is an oily, greasy ingratiator who is now in a job where his severe limitations will be on display.” Williamson has also been on leadership manoeuvres too. Remarkably, he’s been bleating that the UK should open military bases in the Far East and the Caribbean to become a global player after Brexit, forgetting completely that there have been serious cutbacks in the armed forces and Britain could hardly defend itself against any invader in its current state.

Mr Javid was then forced into an embarrassing U-turn by calling on border patrol vessels from the Mediterranean in the first place. He decided he could indeed use the services of his colleague Mr Williamson while undermining his Immigration Minister Caroline Nokes at the same time.

However, Mr Williamson was also on the offensive against his new rival Mr Javid. When offering the aforementioned military assistance to prevent migrants crossing the channel from France, Williamson demanded to know who should pay the £20,000-a-day cost of the vessel, HMS Mersey, the MoD or the Home Office.

In the meantime, the Tories seem to have missed the fact that since the end of October only one survey from a pollster other than YouGov has recorded a Conservative lead in Britain. This is a huge turnaround for Labour but is more indicative of a collapse of belief in the Tories than faith in Labour.

This change of political sentiment will likely stay unless the Tories unite and show leadership – which they won’t.

The only silver lining for the Tories is that with Mr Corbyn at Labour’s helm, he is likely to lose this lead and the massive opportunity that Tory disintegration brings due to his own inability to unite Labour against factional infighting and the fact that he now going against the majority of Labour supporters who now want a second EU referendum.