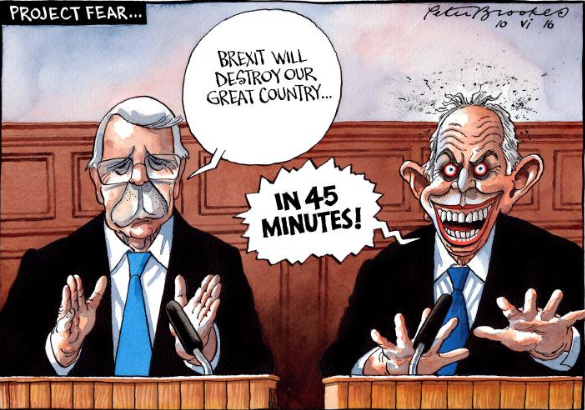 By TruePublica: The criteria used for this research of political scandals covers a period from 1918 to the present day. In the last 100 years there have been 8 Conservative, 7 Labour and 2 Coalition governments. A period covering 1931 to 1945 had a government called the National government which was a mix of coalitions to start that then led into governing the country through the war years with both a coalition and national government.

What is interesting is that when a party is in power, the political scandals rack up quickly, when they are out of power the opposite occurs. Clearly, this has a lot to do with greater journalistic scrutiny and holding power to account.

In total, encyclopedias list 71 political scandals since 1918. Of that 30 can be attributed to the Conservative party, 20 to Labour, 10 to the Liberal parties and the balance encompass scandals involving both parties.

Due to the nature of investigative journalism and technology, the number of scandals has seriously increased since the 1980s. However, this could also be attributed to the advent of neoliberal capitalism that drove up bribery and corruption to influence government policy, which is evident from this report.

Lastly, it’s important to understand what is a scandal. The top 10 are those formally listed in encyclopedias. However, there are many more scandals that are not.

In chronological order the top 10 political scandals since 1918 are:

1963 – Conservative – Profumo Affair – John Profumo: Secretary of State for War had an affair with prostitute Christine Keeler who was having an affair with a Soviet spy at the same time.

1960’s – Liberal – The Jeremy Thorpe Affair:  Subject of rumours that he was homosexual and tried to murder an ex-lover

1974 – Labour – John Stonehouse:  Ended up being a spy for the Czech republic – Remembered for his unsuccessful attempt at faking his own death

2003 – Labour – The Dodgy Dossier: Documents ultimately used by the government to justify its involvement in the 2003 invasion of Iraq.

2009 – Labour – Cash for influence: Details of covertly recorded discussions with 4 Labour Party peers and their ability to influence legislation. There was also a Cash for Influence scandal in 2010 paying lobbyists to influence government policy.

From the Suez crisis to Harold Wilson’s Lavender List, the sale of arms to Iraq to Ron Davis’ ‘moment of madness’ – the list is long. David Cameron’s decision to attack Libya, supported by France and NATO (USA) is not listed as a scandal but it ended up being an international disaster with both the public and parliament deceived over a ‘humanitarian’ cover-story that was supposed to save people from a dictator. The result was the crushing of Africa’s most stable and wealthy nation that now boasts open slave markets, is run by tribal gangs, where terror organisations like ISIS flourish that ultimately led to an uncontrollable migrant crisis and the destabilisation of the EU.

More recently, Britain’s involvement in the civilian catastrophe of Syria and Yemen are scandals in the making as is the myth perpetuated by the West that is now termed ‘Russiaphobia’ that is stoking the perils of a new cold war simply to keep citizens in fear and government in power. Again, there are many to choose from.

Without any doubt the biggest political scandal in 100 years was a document called; Iraq – Its Infrastructure of Concealment, Deception and Intimidation. This became known as the Iraq Dossier, the February Dossier or most commonly, the ‘Dodgy Dossier’. It was a 2003 briefing document for the British PM Tony Blair’s Labour Party government and was issued to journalists on 3 February 2003 by Alastair Campbell, Blair’s Director of Communications and Strategy, which concerned Iraq and weapons of mass destruction. Together with the earlier September Dossier, these documents were ultimately used by the government to justify its involvement in the 2003 invasion of Iraq and subsequently found to be baseless.

This also led to one of the most censored stories in the mainstream press and broadcast media ever – the scale of fatalities directly related to the conflict in Iraq. You can read that report, which has been updated in an article entitled: Shocking Truth Of UK Involvement In The Deaths of 6-8 million in Iraq and Afghanistan

In 2002, the Tories, out of power and led by leader Iain Duncan Smith, were accused by newly appointed chairwoman of the party Theresa May, of being the ‘nasty party’ after it had “sunk into corruption, incestuous feuding and the electorally disastrous exclusion of women and minorities”. Today, it would be fair to say that the Tories are truly a nasty party and considerably worse now than envisaged back then.

However, to be fair, from the information we have so far, it would only be right to say that the nastiest party over the last 100 years has, on balance, been the Labour party. You may have a different view, it is a subjective question, but Iraq has clearly eclipsed any scandal ever achieved by any party.

Brexit is the biggest domestic political issue facing the country since the world war. With senior Brexiteers jumping ship and Nigel Farage keeping his £73,000 EU pension and allowing his children dual citizenship to gain free movement within Europe, to hard Brexiteer Nigel Lawson applying for French residency. From Arron Banks and the Leave.EU funding scandal to Cambridge Analytica’s deep connections to the ruling Conservative party. Will Brexit finally break the union and become the political scandal that beats them all since the signing of the Magna Carta in 1215. Brexit is a huge gamble that could lead to either a new resurgence of prosperity globally or the final nail in its coffin as the empire continues its descent into oblivion. Only time will tell but for Britain.