Its Time To Own The National Grid 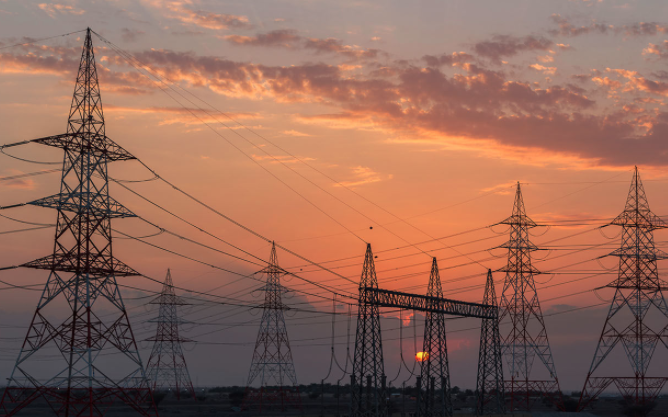 By Calum McGregor – openDemocracyUK: The failure of privatisation is more apparent in the energy sector than perhaps any other. A small group of companies are profiteering from an essential public service, failing to provide sufficient social goods or play a fair role in the meeting the most pressing challenge of our times: climate change. For the most part, the ire has focussed on the biggest energy supply companies – collectively known as ‘the big six’ – and rightly so.

But now, the grid companies are starting to feel the heat. The regulator, Ofgem, is trying to tighten regulation and cut their profits. But more regulation and a polite request to repay money they’ve overcharged us is not enough – these are just sticking plasters for a broken energy system. It’s time we brought the whole grid network into public ownership.

The energy grids form a core part of our energy ecosystem – they distribute energy and gas around the country, keep the lights on and the gas flowing in times of high demand. Our national infrastructure is run by National Grid, and regional distribution by a network of private companies with a monopoly in their region. These are natural monopolies – it is impractical and of little value for the consumer for companies to compete to provide rival infrastructure.

Our messy system of subsidies and regulation allows the grid companies to pass on all their costs to the consumer plus a healthy guaranteed profit, encouraging operators to cut costs and pay out to their shareholders. As customers in such a system we can do nothing about it, even though energy network costs make up around a quarter of our bill; it is risk-free monopoly capitalism at its most perverse.

There is a better solution. Public ownership of these networks would remove the commercial incentive to exploit their position – and exploit it they have. We’ve become accustomed to the idea that if you don’t change energy supplier you’ll be overcharged, but the energy grid is just as bad.

They’ve overcharged customers by £7.5bn over the last 8 years, according to Citizens Advice, and run a profit margin of 19%. This is a rip-off that’s gone on too long, and one that tinkering from the regulator won’t fix.

Our energy system should have tackling climate change at its heart, but private ownership of our grids is holding us back. We know that local energy is often the greenest, but operators have little incentive to make it easy for such projects to be hooked up to the grid – it’s a process that can currently take years. Communities from Cornwall to Hackney are queueing up to connect to the grid, but the time and cost is prohibitive. A publicly-owned grid could be mandated to connect up communities fast, boosting renewables and helping us get the clean green energy we need.

The grid was designed for an age of coal, oil and nuclear. It is centralised, monolithic and privatised. The future of energy is decentralised, flexible and diverse, with community generation and local energy playing as vital a role as large offshore wind or tidal projects. This means we need a grid that is radically transformed and ready to meet the challenges of the future, which will require a long-term view that private companies are unable to take. With the grid in public hands, we can put planning for our low-carbon future at the top of the agenda, not paying out dividends to shareholders.

We Own It’s vision for energy run for people not profit is not only possible, it’s a smart investment. To build a public energy system, we’d buy back the national grid and the regional energy distribution companies. This could cost approximately £32bn, according to the Public Services International Research Unit at Greenwich University. Such a public energy system, where a newly public national grid delivers electricity and gas sold by regional supply companies, could pay for itself in ten years – principally through eliminating payouts to shareholders and benefiting from the lower cost of capital. Consumer bills will start to reduce once the  years is up, and possibly earlier if the extra investment in renewable sources contributes to a drop in energy prices.

Taking the grid into public control is a radical idea, but one whose time has come. Professor Dieter Helms’ independent review of the cost of energy for the Government recommended bringing some aspects of National Grid into the public sector, an uncomfortable home truth for a regime wedded to privatisation.

Public ownership of the grid forms a core part of Labour’s plan for the energy sector, a commitment recently reaffirmed by Jeremy Corbyn. In Germany, hundreds of communities have taken back control of their energy grids. We Own It has long called for our energy system to be publicly owned, and we’re backed by the public: 77% want to see energy in public hands.

With the grid in public ownership, we can not only put an end to monopoly pricing and sluggish innovation, we can put the public interest at the heart of how these services are run. This means we can have energy system that is accountable, puts people before profit and doesn’t jeopardise the future of our planet. Tinkering around the edges is not enough. It’s time we took control of our energy future, starting with the national grid.