Tory Manifesto – Preparation for a government bogged down in Brexit 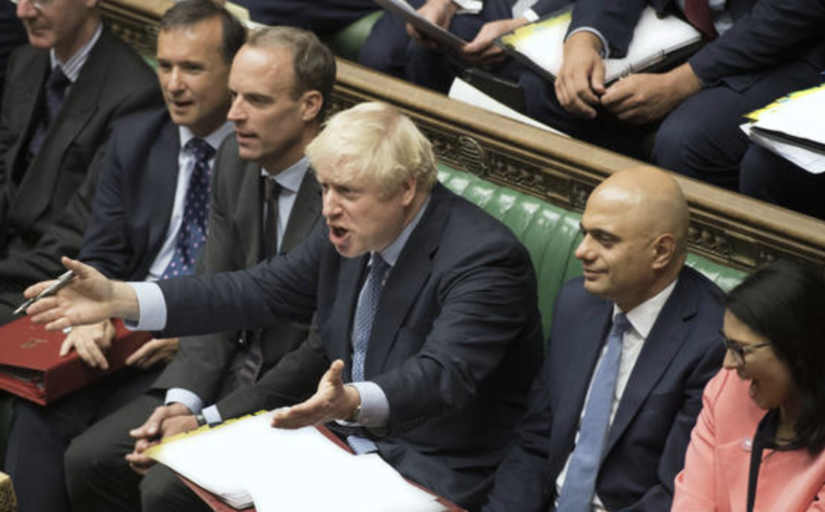 By Richard Murphy: I have read more of the Conservative manifesto than was good for my weekend, let alone my health. And like all other commentators, I conclude that this is a document issued by a party that wants to say little. It certainly succeeds in that aim.

There are modest proposals to freeze income tax, national insurance and VAT. There are small public spending commitments.

There is, in effect, nothing on a Green New Deal: the sums it commits to the environment are so small that the policy stopping the trade in puppies looks to be of more significance to the Tories, and I suspect it is.

Social care gets less attention than hospital car parking, which is a clear indication of who is of real concern to the Tories.

And the commitment to the profit motive comes at a time when everyone else, from the Financial Times onwards, thinks that the model of capitalism that the Tories are so keen to promote has long since passed its sell-by date.

So what’s really going on?

First, and most obviously, this is a manifesto about winning and the Tories think they just have to hold their nerve to win.

Second, the Tories really know that if they win and deliver the Hard Brexit that only they desire, and which all other parties think will be a disaster, then having a policy on any other issue is almost irrelevant. Parliament will still be bogged down in Brexit, as will ministers be for time immemorial. And worse, they know they will deliver an economic downturn and that, given the financial constraints that they impose, the scope for any other policy delivery will be minimal. So they’re simply not talking about it.

“Parliament will still be bogged down in Brexit, as will ministers be for time immemorial. They know they will deliver an economic downturn and that, given the financial constraints that they impose, the scope for any other policy delivery will be minimal”

Third, implicit in the superficial read of the manifesto is austerity. No tax cuts. Limited borrowing. And just a few token gestures changes as policy commitments. All this really means that things will, at best, continue as before. At worst, if Brexit is as bad as they fear it will be (and I think they do know how bad the consequences are, or they would be promising a Brexit dividend, which is very clearly absent) then their policy guarantees a further substantial tightening of public spending that will be disastrous for millions in the UK.

Fourth, to stand back a little further from the fray and to seek some understanding of the philosophy behind this manifesto, what is apparent is that this is about delivery of what I described as the Cowardly State in my book ‘The Courageous State’. What the cowardly state does is look at an issue, and then walk away from it, suggesting that whatever a government might do the market could do better. This is, of course, the logic inherent in microeconomic theory as taught to the vast majority of undergraduates who study that subject. It is also the logic of the Institute of Fiscal Studies. And it is also the absurd logic inherent in Brexit, that ‘free trade deals’ will solve all our ills. The fact that they are unicorns does not matter: as we are told so often, those who question the logic ‘simply do not believe enough’.

And this is a manifesto by the believers, for the believers. The only problem is that it will come at cost to those who will be conned. And all those wise enough to realise that Boris Johnson really is unclothed far too often for comfort.

But what this means is that the absence of policy in this manifesto is not accidental. Nor is it solely to do with the paralysis of Brexit. Rather, it’s choice. What we have is a generation of Tories who seek office not to use it.

That, of course, appears irrational barring three further thoughts. The first is that these people really are not good enough to do anything else with anything like the influence that they get from office. Their intellectual limits more than adequately prove this. Second, ministerial appointment is, then now the clearest indication of the Peter Principle at play. And, third, such is the way of the Tory world, the rewards of holding office for a few years are high thereafter: this is what really motivates these people and not public duty.

So, we have a manifesto that seeks to deny the very role of government from the Tories. What it promises is (in)action to undermine all that government can do. And we have people set to deliver it more than capable of achieving that deeply destructive goal. It’s a depressing thought.

Richard Murphy – is a British chartered accountant and political economist who campaigns on issues of tax avoidance and tax evasion. He advises the Trades Union Congress on economics and taxation and is a long-standing member of the Tax Justice Network. He is a Professor of Practice in International Political Economy at City University London.