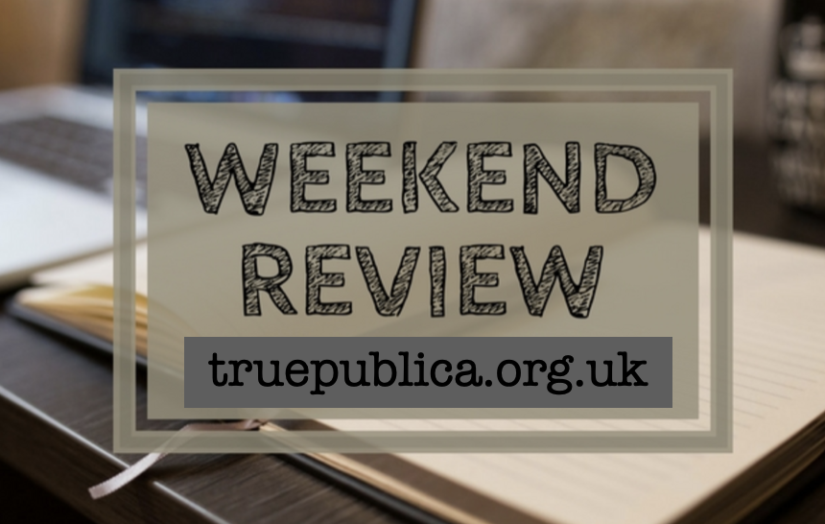 TruePublica Editor: From tomorrow, TruePublica will no longer be publishing articles on a daily basis. However, a weekly review of the news will be published each Saturday and the weekly newsletter will follow on Sunday. There are several reasons behind this decision – the first is about being a victim of one’s own success.

TruePublica was a project designed to publish news, analysis and research on events of public interest with the primary goal of raising awareness about misinformation, disinformation, fake news and propaganda which now litters and poisons the overall discourse of politics in Britain. We also conducted political lobbying on some key issues around civil liberty.

Five years ago, almost to the month, TruePublica published articles warning that fake news would threaten Britain’s democracy. In those days, our role was to research, compile facts and inform politicians of the damage they were doing. I think around 250 visitors came to the website that first month. Last month, a million visitors consumed 1.65 million pages of content.

TruePublica articles are republished, cited and translated all over the world and we worked alongside some amazing organisations on the front lines of the ongoing battle for civil liberty.

But perhaps this was where the problems came from. The website underwent a sustained hacking attack over a two day period this time last year and so much damage was done, the decision was made to rebuild the website from scratch.

Then, two months ago, tens of thousands of bots attempted to gain access to the website in a single day, DDOS (denial of service) attacks then took place over the course of a week and attempts were made to flood the email system with false addresses and crash the system. We managed to keep online and suffered little damage but the extent of the attack said something. We have no idea who or why – other than to say – some individual/s or organisation/s  did not like our what we had to say about this government and didn’t like our growing influence. Our lobbying (getting information onto the desks of influencers) was clearly getting to some when we received warnings from senior political figures to cease.

As it turned out – Covid also reached into the lives of some of the people who actively contribute to TruePublica and that has also had a bearing on this decision of ours.

We will work to a format of delivering interesting news items you may have missed during the week, provide source material and some interesting insights into the background of news behind the headlines. The review will include an assessment of the week, stories of the week, background and source information, what’s fake news and what’s real, alongside snippets of what is being said in newsrooms, the House of Commons, about No10 Downing Street, Brexit, the pandemic and so on.

Make it your online weekend newspaper – it is bound to be essential weekend reading.

A weekly email will go out as normal on Sunday.

The TruePublica website will remain online and act as an archive but also links will be maintained where our articles have been published or cited by other outlets.

In the meantime, we would like to sincerely thank our readers, donors and supporters who kept us going – as well as our partners such as UN News, MySociety, The Bureau of Investigative Journalism, The European Financial Review and others.

From Strength to Strength