UK Ambassador: Johnson’s cabinet – ‘the most right-wing British government since 1832 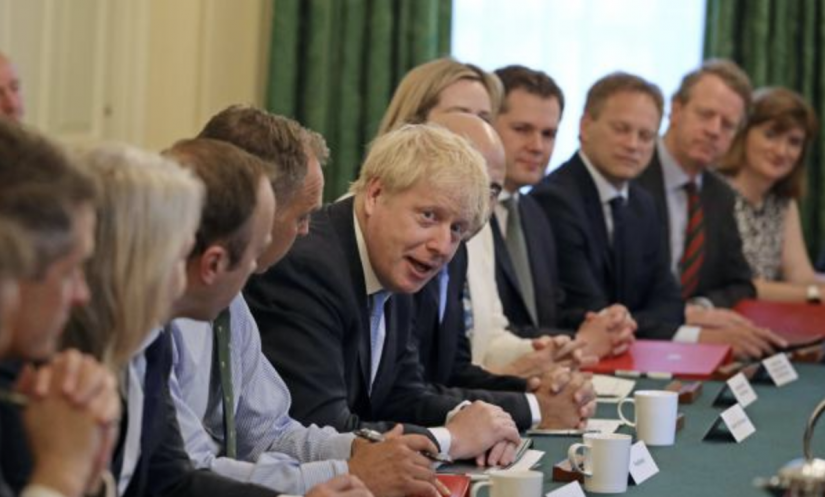 Even Thatcher’s final and most right-wing Cabinet contained figures like Ken Clarke, Chris Patten, John Major, Virginia Bottomley, Douglas Hurd and William Waldegrave. All Tories with whom I have fundamental disagreements, but every single one of them is far, far to the left of virtually all of Johnson’s appalling cronies.

Thatcher deliberately and cruelly wrecked the social democratic society in which I grew up, with the aim of destroying any ability for working people to be protected against the whims of the wealthy. But Thatcher never introduced privatisation into the NHS or state schools – that was her acolyte Blair. She maintained free university education in England and Wales. That was destroyed by Blair too. We should be more rigorous than to accept Thatcher as the definitive most right-wing government possible. It is not only lazy, it obscures the fact we now have the most right-wing British government since 1832.

Pritti Patel is a Home Secretary who admires the approach to law and order of Benjamin Netanyahu and voted against a measure to prevent pregnant asylum seekers being slammed into immigration detention pending hearing. Savid Javid is a Chancellor who materially caused the problems of British Steel by, as Business Secretary, vetoing in Brussels tariffs against dumped Chinese steel. Dominic Raab is a foreign secretary who negotiated a deal with the EU then resigned because it was so bad.

This is the biggest political shock to hit the UK in my lifetime and it is potentially worse than Thatcher. Here in Scotland, we need to move immediately for Independence. The time for talking really is behind us.