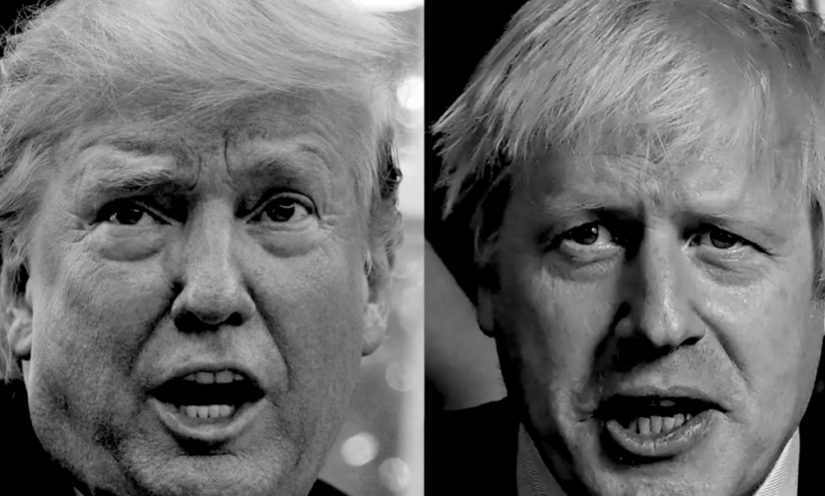 TruePublica Editor: As the UK prepares itself to crash out of the European Union and sign a trade deal with America – Downing Street continues to side with Donald Trump, if not overtly – more indirectly.

It has been known for a few months now that Donald Trump, in his odd quest to weaken America’s global role that he wants more isolationism than ever and one sure-fire way to do that is blame something other than his own catastrophic decision making when it came to the pandemic.

Trump has announced that the US will be “terminating its relationship” with the World Health Organisation (WHO) after basically blaming them for America’s woes. In Trump’s usual style of stoking nationalistic paranoia, he accused the WHO of failing to adequately respond to COVID-19 because China has “total control” over the global organisation. He also said Chinese officials “ignored” their reporting obligations to the WHO and pressured the group to mislead the world when the virus was first discovered.

Britain’s response could not really be quite the same – but supported Trump anyway by shunning a global initiative – organised by the WHO, to combat the virus. And between them, they try and profit from the two pharmaceutical companies that lead the world in vaccines manufacturing. And it is unsurprising that both have HQ’s in both the UK and USA.

Reacting to the launch of the WHO’s Technology Access Pool today, with the support of 30 countries, excluding the UK, Heidi Chow, pharmaceuticals campaigner at Global Justice Now said:

“It is shameful that the UK government is not participating in this landmark initiative from the WHO. Despite all the public money going into coronavirus research, British ministers are putting the profits of pharmaceutical companies like AstraZeneca and GSK ahead of saving lives around the world.

“This is not only outrageous, but short-sighted. We can only put an end to this pandemic if it is contained in all countries. That means everyone, everywhere, getting the treatment they need, not just the richest. A Covid-19 vaccine should be a global public good, affordable for all governments and free of charge to all people. It needs to be patent-free. There is still time for the UK to change course and respond to the WHO’s call for global solidarity.”

It is shameful. What has Britain become if nothing more than the whipping boy of a global bully? And what’s next when Britain fails to reach a trading deal with the world’s biggest trading bloc at the end of this month. The economic losses of turning our backs on the EU will be blamed on the pandemic and Johnson will use it as cover for their ideological failure.