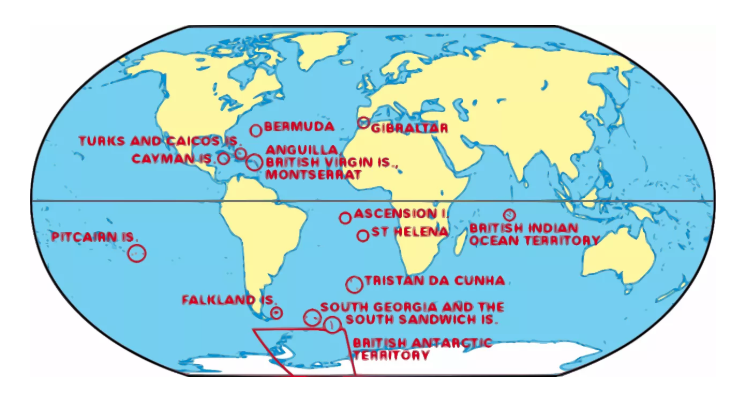 By Naomi Fowler – Tax Justice Network: Ten years ago the Tax Justice Network was told it’d never happen, but recently British Members of Parliament voted to stop secret ownership of companies in British Overseas Territories. Unfortunately, the Crown Dependencies were not included in the measure because, as we understand it, politicians were advised wrongly in our view, that such different constitutional arrangements apply to them as to require separate legislation.

As we pointed out in our response to this historic vote, the average secrecy score of those 7 UK Overseas Territories covered by our Financial Secrecy Index is 74%. That gives you an idea of the significant contribution their secrecy services make globally.

The UK brought in public registers of the real owners of companies in 2017. Enforcement and verification is a real problem in the UK as well as in its satellite havens, but it’s very important to understand that, as the Tax Justice Network’s CEO Alex Cobham says:

the UK’s financial secrecy network is the biggest in the world. While the UK itself is only moderately secretive according to our Financial Secrecy Index, this reflects the deliberate outsourcing of secrecy to the Crown Dependencies (Jersey, Guernsey and the Isle of Man) and the more numerous Overseas Territories (OTs) such as the Cayman Islands, number 3 in our most recent Financial Secrecy Index, and the British Virgin Islands at number 16.”

We heard that the British government was busy assuring the Overseas Territories not to worry about this vote because it would never pass. And we pointed out here that Britain has been no moral crusader, that it has treated them appallingly and that the very fact these jurisdictions have been operating as tax havens is because they were encouraged to do so by Britain in the first place for all sorts of reasons. We’ve also said that this UK Parliamentary vote that stops the Overseas Territories from hiding the owners of companies they incorporate must now be followed by financial assistance to help efforts to diversify their economies and mitigate the damaging effects of the ‘Finance Curse’ phenomenon from which the majority of citizens in jurisdictions with oversized finance sectors suffer.

We discuss the UK Parliamentary vote here in the Taxcast, our monthly podcast and radio show. There are several caveats, not least that trusts and foundations will remain shrouded in secrecy.

Now, the fight back has started…

The Overseas Territories are trying to reverse the public register decision by Parliament, starting with talks with the government. The BVI says it has been consistent that “it will not introduce public registers unless and until they become a global standard.” So, basically NEVER…is what they’re probably hoping. The BVI, possibly joined by the Cayman Islands, is threatening a legal challenge on the grounds that this transparency measure can’t be forced on the overseas territories by Britain. There’s plenty to demonstrate that it can, and not only that. We also believe

there’s no reason why related legal powers couldn’t be used to make the same thing happen in the Crown Dependencies. The Supreme Court confirmed in 2014 that ‘the UK Parliament has power to legislate for the [Channel] Islands.’

After all, governments everywhere are slowly realising that money laundering and other crimes facilitated by secrecy are real threats to national and international security.

David Burt, the premier of Bermuda, has already warned May that he will not implement the laws, saying: “This country does not recognise the right of the United Kingdom parliament to legislate on matters which are internal affairs reserved to Bermuda under its constitution.”

So, these seem to be the main options available to the Overseas Territories:

1) Comply with the emerging global transparency standard and join the race to the top (as opposed to the bottom) by implementing public registers by 2020 (there are always, unfortunately, trusts clients can avail themselves of instead…)

2) Refuse point blank to implement public registers of the real owners of companies: what would the British government do then? That’s an interesting question to ponder. Might the government even quietly be encouraging the overseas territories to do just that? Is it currently reassuring the Crown Dependencies not to worry about this, as they did with the Overseas Territories?

3) Go for full independence from Britain: after all, the BVI delegation to London is led by pro-independence deputy premier, Dr Kedrick Pickering. However, as many in jurisdictions like the BVI well know, the British legal system and other connections give their financial sector a ‘strong and stable’ selling point, a kind of hallmark of trust, however ill-deserved.

The Tax Justice Network has signed an open letter which will be published in the Guardian newspaper tomorrow along with many other signatories raising concerns over the latest turn of events, which we’re reproducing here:

The push back from UK overseas territories in the face of greater tax transparency, though unsurprising, poses a real challenge to the global progress on ending tax dodging (British Overseas Territories in talks to keep tax haven secrecy, 13 June). Removing financial secrecy through public registers of beneficial ownership helps tackle the tax avoidance and broader corruption which deprives developing countries of billions in lost revenue, that could fund vital schools and hospitals for the world’s poorest people. The UK’s territories aren’t peripheral players here – many of these countries are major tax havens, helping companies and wealthy individuals to stash their cash offshore. Whilst the difficulty of adapting their economies is not to be underestimated, the UK Government can support its territories and dependencies to find better business solutions and end financial secrecy. Only if they work together can Britain hope to stem crippling illicit financial flows and free up more money to help the world’s poor.”

Let’s see what happens, but leaders of the cross-party coalition on this transparency measure they got through the UK Parliament are set to visit the Crown Dependencies to persuade them to consider joining the race to the top…will Britain’s satellite havens choose to be on the right – or the wrong – side of history?