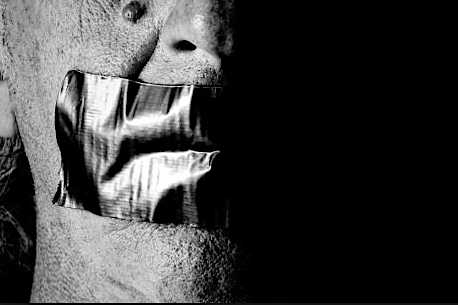 TruePublica Editor: Since the beginning of this century successive government’s have continually legislated away the civil liberties and human rights of the British people in exchange for a false sense of security. From the Terrorism Act and RIPA – now used to catch pigeon feeding and under-age sun bed use, Public Space Protection Orders to ban gatherings of more than three people, secret courts, unlawful imprisonment and now the Espionage Act. This new Act has one main purpose – to stifle free speech by treating whistleblowers and journalists reporting the wrong-doing of those in power as foreign spies with hugely extended prison sentences and to dismantle the basic integrity of Britain’s democratic principles. In the space of little more than  fifteen years Britain is now on the trajectory of becoming an authoritarian state. But don’t take my word for it….

Today marks the end of the Law Commission’s public consultation on their proposals to create a new Espionage Act that would jail whistleblowers and journalists who handle official data. Open Rights Group gave them exactly what they asked for―the voices of 23,385 members of the public, delivered right to their offices at the Ministry of Justice.

ORG’s petition broadly rejects The Law Commission’s proposals and demands they be dropped.

The threat of up to 14 years in prison would have a chilling effect on whistleblowers and the reporters they contact, weakening free speech and the integrity of UK democracy.

Contrary to the Commission’s statements, they worked closely with government officials and lawyers while organisations like ORG, Liberty and the Guardian were given short shrift.

Whether the Commission’s final recommendations will take the public consultation into account remains to be seen.

ORG also submitted a comprehensive report along with the petition detailing concerns about the Commission’s proposals. Highlights include:

The Commission’s proposal to replace the Official Secrets Acts with a single ‘Espionage Act’ might sound sensible, but it threatens to chill free speech and investigative journalism.  It also overlooks the fact that some sections of the acts, including the 1920 Official Secrets Act, have been modernised several times after failed prosecutions of journalists and the Sunday Telegraph in 1969, the 1977-78 (the ABC trial) and in light of the acquittal of whistleblowing civil servant Clive Ponting in 1985. The Law Commission report, astonishingly and reprehensibly, appears to have been written in ignorance of these cases, the criticism which followed them and the legal changes then made.

From The Committee To Protect Journalists

Journalists in Britain are becoming increasingly alarmed by the government’s apparent determination to prevent them from fulfilling their mission to hold power to account. The latest manifestation of this assault on civil liberties is the so-called Espionage Act. If passed by parliament, it could lead to journalists who obtain leaked information, along with the whistle blowers who provide it to them, serving lengthy prison sentences. In effect, it would equate journalists with spies, and its threat to press freedom could not be more stark. It would not so much chill investigative journalism as freeze it altogether.

With such wide parameters, this Act would tie our democracy in chains.

That the material (published) could be of hugely important public interest would be no defence. In effect, anything that might cause ministers embarrassment or inconvenience will raise the prospect of prosecution even more strongly.

The Espionage Act is the latest in a string of government clampdowns on transparency.

There are many, many stories it would suit the powerful to keep behind closed doors. If these proposals become law, keeping those doors firmly locked will be a whole lot easier. No scrutiny for them, no embarrassing revelations, no accountability.