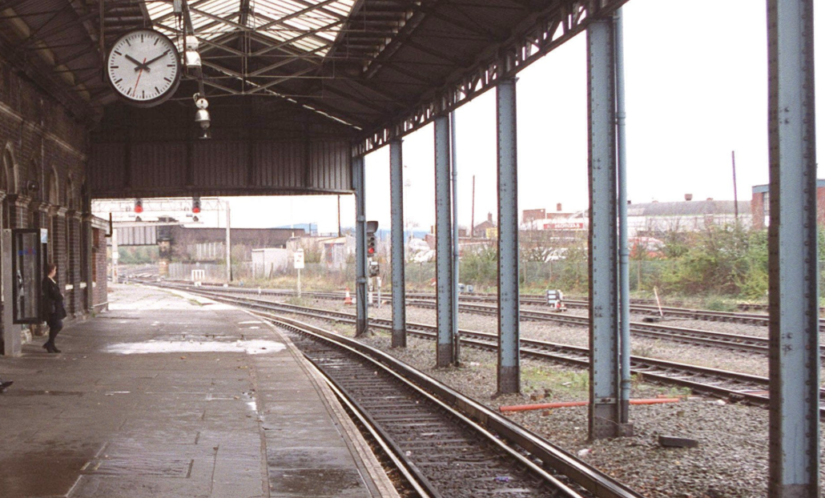 TruePublica Editor: Every day the news brings us more and more information about how the government is having to unravel neoliberal policies that benefited the few and not the general public. What you are witnessing is Tory after Tory now realising everything they believed in, privatisation, neglecting the NHS, snuffing out vital community services, dismissing those who turned out to be ‘key’ and ‘low-skilled’ workers, imposing austerity and fiercely opposing immigration – was completely wrong on every level. And few things have been more grotesque than watching the awful Priti Patel falling over herself to deny that we have ever disparaged ‘low-skilled migrants’ when our government and its supporters have been doing exactly that shamelessly for years.

The Covid crisis demonstrates just how weak all of the systems that support a properly functioning civil society have become.

In 2008, we were told to save the nation from bankruptcy and make sacrifices to save its broken structure and that they were ‘too big to fail.’ Iain Duncan-Smith dreamt up a scheme to withdraw life-saving support to millions and the government doubled-down on a disaster called Universal Credit. In reality, it has proved to be nothing more than a device to impose a tribal class war. Over 120,000 people are known to have paid with their lives, communities were destroyed and a rapacious privatisation programme took place that dwarfed the Thatcher years. Then a crisis emerged and their decades-long experiment into extreme capitalism has shown to be a colander of breakdown. Entire industries have already come cap in hand to beg for financial socialism.

Their whole religion – based on individualism, the free market and Darwinism has hopelessly failed. What we are seeing is a great reversal into what actually works.

Decades worth of decentralisation and fragmentation of vital national services is now being unwound in a matter of days, as they are unfit for service when things go wrong.

The FT has said for years that nationalising these public service systems was fundamentally wrong. And many others sang from the same hymn sheet. For instance, CapX said the country would “be mad to renationalise the railways” and mocked opposition voices for even thinking it. They all said the same thing, from the Spectator, to the BBC over the years.

State-owned enterprises now contribute less than 2% of GDP and less than 1.5% of total employment. And when you look at critical public services sold off, often to the lowest bidder, it is alarming just how much has been handed over. Ports and dockyards, airports, energy, nuclear power generation, fuel, rail, steel production, telecommunications, transport networks both road and rail, air traffic control, postal services, ordinance manufacturing and water supplies. How many of these (to name just a few) are considered too important to be in the hands of private companies, often foreign investors, that will call for bailouts as soon as their flimsy trading environments are tested by circumstances?

Privatisation was seen as a way of reducing trade union power, widening share ownership and increasing investment, as privatised businesses were given the freedom to raise finance through the stock market. Privatisation was also regarded as an important supply-side policy designed to drive competition and improve productive and dynamic efficiency. Did that happen? The only experience of everyday life for most of the general public was a significant increase in the cost of these services, constant taxpayer contributions and absorbing the risks that private capital refused to take. The actual result was that standards of living have fallen for almost everyone.

The other consequence of privatisation has been a decrease in actual investment in these services and large scale reductions in employment as privatised businesses have sought to cut their operating costs, often with very few competitors to take up the slack.

A good example is Britain’s national water supply. When water was privatised, the Government took on that sector’s outstanding obligations to leave the new owners completely debt-free. The private owners took advantage and ratcheted up a whopping £46bn of debt between them. That is £46 billion of value extracted from public ownership and given free of charge to banks, hedge funds, investors and speculators – many of whom are based in tax havens who don’t contribute a cent to Britain’s treasury. It has been an outright failure. Investors have been paid over eighteen thousand million pounds since privatisation, money that could have been paid to bring down household bills, the national debt, or contribute to pensions.

And some people are beginning to take note.

LBC Westminister correspondent Benjamin Kentish says – “Wow. Now Tory MP Steve Double says “many people that we consider to be low skilled are actually pretty crucial to the smooth running of our country. Double calls on Priti Patel to review the new points-based immigration system “to reflect the things we’ve learnt during this time.”

Last Monday, the government effectively nationalised the railways across the country:

“England’s trains have effectively been nationalised, at least temporarily, after the government suspended rail franchise agreements to avoid train companies collapsing because of the coronavirus. Under emergency measures announced by the Department for Transport (DfT), train operators have been offered the chance to transfer “all revenue and cost risk” to the government and be paid a small management fee to continue running services. The industry body the Rail Delivery Group (RDG) said it “strongly welcomes” the proposals, which boosted the share prices of listed companies with rail franchises, such as FirstGroup and Go-Ahead.”

Yes, you read that right. A national crisis occurs and within days the government bails out the privatised rail network and their only response was to celebrate the saving of stock prices!

“NHS England is taking on extensive powers — normally held by clinical commissioning groups — to buy services from the private sector and to support the coronavirus effort as [it] “deems appropriate”. In a national directive published today, the Department of Health and Social Care says the Covid-19 crisis is “an emergency”, and it has legally directed NHSE to exercise key functions normally held by CCGs. The directions have immediate effect and will be in place until the end of 2020. CCGs themselves continue to also hold the powers and functions. The move appears principally to be to allow NHSE to buy independent sector beds on block, as announced in recent days. But the directive will also allow NHSE to exercise other CCG functions to support the Covid-19 effort.”

Privatisation has failed here too. It couldn’t cope and so the CCGs have been nationalised because that’s the most efficient way to manage a national health service under pressure. It is worthy of note that so many retired medics have come forward to help in the national interest. Not a word about money has been made. Half a million volunteers step forward, not a mention about money – in both cases, people want to save people they don’t know no matter the cost or risks to them personally.

When the coronavirus pandemic has receded, nationalised services should either be made to pay back from shareholder profits their entire rescue packages plus interest charges to the state. If not, those services should be brought into state ownership and their management boards fired. The taxpayer can no longer afford for failed privatised services to be propped up when their asset-stripping cash-till business models fail. The appetite for listening to people like Richard Branson or Tim Martin has gone.

Households will end up with debts they would not have otherwise incurred because of this crisis and they will expect, quite rightly, to be first in the queue for bailouts this time.

Boris Johnson and his entire administration have been tested in this crisis and like privatisation, have been found wanting. They are already looking to blame the people for things that have gone wrong.

Johnson needed the whole country to be screaming for a lockdown before he could call it or they wouldn’t have done it in the first place. He needed the press to be on his side first. So he waited – to save his own skin.

The huge herd-immunity programme ended because of its immorality and total lack of ethics. Its U-turn has been carefully crafted and precisely timed to be the “people’s choice.” In our time of crisis, they abandoned human decency, changed their minds and then lent on the very people they had demonised for a decade to dig the country out of a deep hole. In addition, public services have been nationalised to help in the effort. We should not forget this.