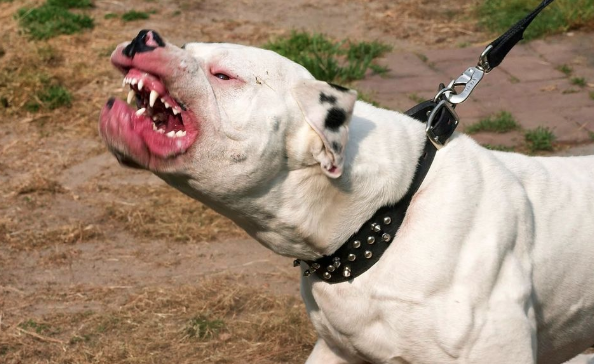 TruePublica Editor: The very worst of American styled politics is on the way to Britain. What could be worse after watching the dreadful political spectacle that was the last election and the EU referendum in Britain? But now it is about to get even worse. Project fear, scare tactics, misinformation, propaganda and fake news littered those campaign trails. We had the Cambridge Analytica/Facebook scandal and the many emerging in the Vote Leave campaign. We now have a National Crime Agency (the UK’s version of the FBI) investigation, and various Electoral Commission investigations involving the Tory party, the DUP, dark money and illegal spending and the police are looking to make a collar or two. Politics has always been a dirty game.

But even all of that was surpassed by the contemptible and degrading pitched battles fought out in the Trump campaign. All that is arriving Britain’s our shores in a news outlet near you. It’s a Tory thing, like it’s a Republican thing. So desperate in their self-imposed Brexit implosion they are now about to deploy the worst political fighting machine in the democratic world into British politics.

The New York Times reports that – “A small firm called Definers Public Affairs brought the dark arts of Washington’s back-room politics to Silicon Valley when, while working for Facebook, it began disparaging other tech companies to reporters.”

In America, this is a style of tactics known in the political business as ‘opposition research.’ They provide reporters with the dirt no matter how old, obscure or conjectural about the opposition. Facebook themselves are now mired in yet another scandal – they used this same attack dog approach to besmirch their opponents and critics just as Trump did more widely in his own campaign.

From a SpinWatchUK investigation comes the story that this very same company has set up shop in Britain and that company is being filled with influential or experienced Conservative party activists.

You’ll read in this report about Paul Singer. Don’t forget, he’s a hedge fund with a vulture fund heavily supporting Brexit in order to profit from the chaos.

Why has a Republican attack operation opened shop in the UK?

By Tamasin Cave: Speaking to a Conservative commentator this week, I asked was he aware of any changes in the UK lobbying industry. Had he, for example, noticed the arrival of any specialists in ‘opposition research’ – the practice of digging up damaging information on political, or corporate rivals – which has long been a feature of US politics?

Oh no, I was assured. We don’t have anything like that here.

Well, maybe we didn’t, but we do now.

UK Policy Group was established in January last year by two senior Republican lobbyists: Matt Rhoades, who ran Mitt Romney’s bid for the White House in 2012, and Joe Pounder, former head of research for the Republican National Committee, a “master of opposition research”.

Rhoades and Pounder run an elite Republican lobbying firm in Washington called Definers Public Affairs. Both men are also closely associated with a US political fund, or ‘super PAC’, called America Rising, with whom Definers shares an office, and there is a well-oiled revolving door between the two. UK Policy Group was set up as the London ‘affiliate’ of this group. Definers and America Rising are both specialists in ‘opposition research’.

America Rising exists solely to attack Democrat politicians. It sees its job as exposing the ‘truth’ on political opponents and uncovering ‘Democrat hypocrisy’, as the super PAC puts it. During the 2016 US election cycle its purpose was to erode support for Hillary Clinton, which included targeting material to deter potential Clinton supporters on the left. Pounder revealed in 2016 that their file on Clinton, which they had compiled over four years, ran to ‘over 7,000 pages of distilled research’ and more than 10,000 video clips.

America Rising, whose biggest donor is hedge-fund billionaire and ‘vulture capitalist’, Paul Singer, is now taking aim at potential 2020 Democrat presidential candidates including Elizabeth Warren, Andrew Cuomo and Bernie Sanders, with the aim of attaching negative ‘narratives’ to opponents early in the campaign cycle. It uses ‘trackers’ to follow target Democrats around, filming their public appearances in a bid to catch them saying something that could be used now, or in the future, to undermine, or embarrass them.

Dubbed the ‘unofficial research arm of the Republican Party’, America Rising is a clearinghouse for opposition research within Republican campaigns.

Rhoades and Pounder originally registered their London affiliate with Companies House as ‘UK Rising’, aligning it with the political attack fund they co-founded rather than their commercial lobbying firm, Definers Public Affairs (UK Rising underwent a name change to UK Policy Group in May last year). The US lobbying firm also registered the web domain UKRising.co.uk.

Definers, like America Rising, also creates ‘dossiers on opponents, competitors and agitators’, but for corporate clients, trade bodies and wealthy individuals. It does this, it says, by searching the public record, including social media, news reports and legal records, to find ‘high impact information’, which it then packages up in ‘media-friendly formats’ that can be used to influence public debates. This is ‘painstaking’ work, says Definers, trawling through documents, or YouTube videos to find its opponent’s ‘vulnerability’.

Employees in the London branch are now being trained up in these skills by their American counterparts. UK Policy Group similarly promises to provide ‘dossiers’ on ‘targets’ that provide ‘comprehensive, detailed analysis’ of an opponent’s record, background and views, information which, they say, can be used to shape stories in the media. UK Policy Group has said that its services will be aimed at private sector clients.

UK Policy Group’s all-male leadership team isn’t from the commercial world though, but appears instead to be drawn almost exclusively from the Conservative Party, including some with a background in opposition research.

Andrew Goodfellow, who leads the UK operation, was until his appointment, director of research for the Conservative Party where he specialised in opposition research. The Guido Fawkes blog describes Goodfellow a ‘super sleuth’. ‘You may not have heard of him,’ it says, ‘but you’ve certainly read his work.’

Chris Brannigan, recent special adviser to Theresa May in No.10, is also an advisor to UK Policy Group, among other firms. He recently told the website, openDemocracy, that he has “never carried out research on opposition politicians”.

Both UK Policy Group and Definers Public Affairs were contacted and invited to comment on this article, including on the apparent similarities between America Rising and UK Policy Group, but has yet to receive a reply.

The “dark art” of opposition research

Writing on the UK Policy Group website, founder Joe Pounder says that opposition research is unfairly maligned and in need of a rebrand. He criticises the media for using terms such as “dark arts”, “peddling” and “salacious” to describe what he and his employees do for a living.

But the weaponisation of information in elections – for the explicit purpose of defining a political opponent in the eyes of voters, increasing their ‘negatives’, depressing their support, and driving away potential voters – is not like ‘any other type of information-gathering’, as Pounder suggests. Yes, the Democrats are at it too. But, it is anti-democratic.

Democracy requires the free flow of opinions and debate; a robust political opposition; and a healthy media – all of which can be undermined by the type of opposition attacks, propagated through social media, that were deployed in the 2016 ‘Big Oppo’ election in America, as Pounder described it.

Also crucial to a functioning democracy is transparency, including public knowledge of the actors involved. And around UK Policy Group, there is none. The firm, which arguably looks like an alternative research arm of the Conservative Party, says that the current political turbulence in the UK makes it an ‘ideal location’ for Definers and any clients seeking to ‘influence public opinion’.

But, who is paying UK Policy Group for these services? And which opponents are they being employed to target? Are they political, as well as corporate? And to what end: how are their tactics, honed by their US colleagues, influencing public debate in Britain?

As Brexit gathers pace, and four years out from the next general election, it is in the public interest to know.

Tamasin Cave writes about corporate lobbying and blogs at BadInfluence.net. She has been a researcher with Spinwatch for a decade.