What The ‘Doomsday Brexit Plan’ Document Says Should Frighten Us All 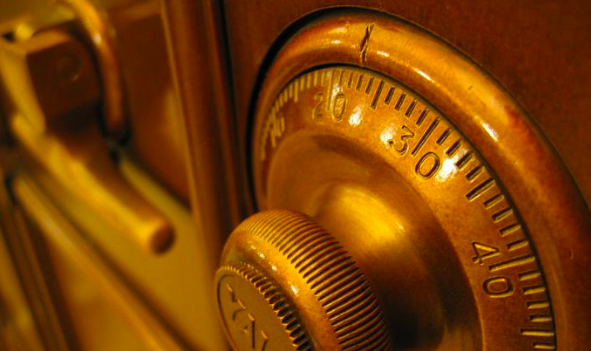 By TruePublica: This is the first paragraph of The Times article (paywall) regarding Britain’s now famous Doomsday Brexit plan. “Britain would be hit with shortages of medicine, fuel and food within a fortnight if the UK tries to leave the European Union without a deal, according to a Doomsday Brexit scenario drawn up by senior civil servants for David Davis.”

The Times confirms that the port of Dover will collapse “on day one” if Britain crashes out of the EU, leading to critical shortages of supplies. This was the middle of three scenarios put forward by senior advisors. A type of best guestimate if you like. You simply do not want to know the outcome of the worst of those three scenarios. Indeed, we have been spared from such details.

The article states that the RAF would have to be deployed to ferry supplies around Britain. And yes, we’re still on the middle scenario here. “You would have to medevac medicine into Britain, and at the end of week two we would be running out of petrol as well,” a contributing source said.

The report continues to describe matters such as cross-channel disruption for heavy goods vehicles, which would also be catastrophic. Massive carparks will be required.

A senior official said in the ‘Doomsday’ Brexit plan: “We are entirely dependent on Europe reciprocating our posture that we will do nothing to impede the flow of goods into the UK. If for whatever reason, Europe decides to slow that supply down, then we’re screwed.” Let’s not worry about the fact that French borders are often left in chaos due to the all too familiar strikes that appear almost monthly during holiday season for one reason or another.

Home secretary Sajid Javid makes an unconvincing comment stating he’s ‘confident’ a deal will be done. That’s hardly the type of assurance we need is it?

UK officials emphasised that the June EU summit due on the 28th was heading for a “car crash” because “no progress has been made since March” to devise plans for a long-term deal. If your confidence in Brexit is starting to wane, don’t worry, half the nation are not just anxious but downright fearful – mainly because, neither in or out has given any concreate evidence of likely outcomes. This is probably because Brexit hasn’t been done before – and was designed that way. Deliberately.

One official said “the scenarios are so explosive they have only been shared with a handful of ministers and are “locked in a safe.”

At what stage of their hapless fiddling, constant arguing and pitiful attempts to administer the kiss of life to the corpse that Brexit has turned out to be, does a politician officially earn the title of – stupid idiot?

“Just bloody get on with it” shout the Brexiteers, except both they and the UK government still can’t decide what ‘it’ is.

Still, not to worry, we have a ‘special relationship’ with the United States of America. Britain sends about 19 percent of total exports to the USA (forget the 44 percent sent to the EU). Except, we’ve just found out we’re not special anymore. Frankly, we never were and never have been, but now, we have proof. There’s a trade war about to kick off. And we’re going to be in it – but on the side of the EU.

Canada, France, Germany, Italy, Japan, the United Kingdom, and the United States are part of the G7. Except now that little club is already being referred to the G6 + 1, the plus one being the USA. The other six are furious that the USA would accuse them of being a national security threat over such simple matters as metal sales.

Let’s not worry about the fact that China, Russia, India and quarter of Africa are now executing oil trades outside of the USD. Let’s not worry that the rest of the world are now ganging up on isolationist America for attempting to tear down the world order. Just think about that for a moment. We’re on the wrong side – we’re on the losing side, because we’re with America – except now we’re not. And anyway, who would back the entire nation on a man like Trump and a country like America??

Liam Fox, a detestable man who rightly should be banned from managing a corner shop let alone negotiate the future prospects of Britain promised 40 trade deals signed up by next March. How many have signed? Nil, neant, null, and nulo. Not one.

Fox has previously claimed that securing a trade deal with the EU after Brexit would be, and I quote: “the easiest in human history.” He was wrong.

Then we have the Five-Eyes Alliance – the global spying and communications network of the USA, UK, N-Z, Canada and Australia. If anything, this would be something to do with that special relationship, especially as Britain excels in breaking international laws in areas such as illegal surveillance. Except that is falling apart too as N-Z is being threatened with expulsion by none other than America – because it works closely with China on a number of projects that America thinks makes it vulnerable to Chinese influence. What happens when Trump is reminded that one of the worlds largest nuclear power stations is in Britain – currently being built and funded in part by ….ahem …China.

In the meantime, Britain is being forced into making up fantastical stories about Russians running around the Shires with deadly nerve agents whilst we watch £1billion projects being shelved by banning football club owners who have resided and heavily invested in the country for decades. Britain has gone from farce to tragedy. Just as Thatcher walked away from the free market ideology of extreme neoliberal capitalism and all that it has brought, Cameron walked away from his little ‘miscalculation’ by offering a disaffected electorate a protest vote. The rest of us can’t walk away from a country in crisis – we have little option but to follow our so-called leaders.

The only credible plan they do have and let’s be fair, it was they who put the country in this position in the first place, is called the Doomsday Brexit Plan.

Excellent. At first, you were anxious, then a bit unnerved, but by now, you really should be alarmed. What if the Brexiteers are wrong and the officials and civil servants who created this document are right? What then?