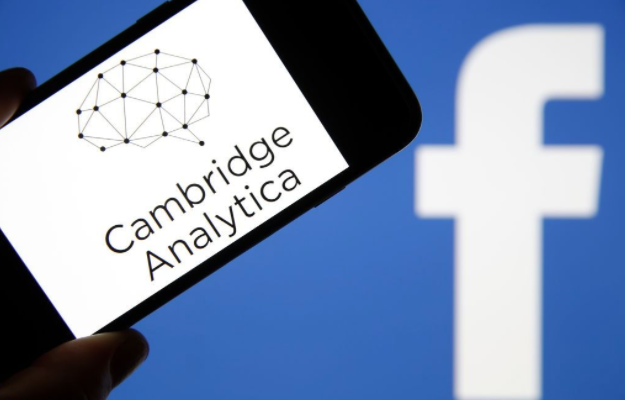 It’s not just Conservative party donors who are among the investors in the company that spawned the election consultancy at the centre of a storm about use of data from Facebook, embroiled in a scandal over elections and a referendum. Both of these events have changed the course of history, upset the rules based international order and shaken geopolitical alliances the world over. This is more than just a scandal.

On Wednesday, Theresa May faced questions in the House of Commons over Tory links to the company. “As far as I’m aware the government has no current contracts with Cambridge Analytica or with the SCL Group,” the prime minister said.

“An approach was made and the (Conservative) party decided not to take that forward,” May’s spokesperson said later. Then later again, reported The Guardian, a spokesperson acknowledged that the government had previously held three contracts with SCL Group, the parent company of CA. The Tories are yet again on the back-foot of an emerging war of words, much like their stumbling cover story over Novichoks and an insignificant retired conman called Sergei Skripal.

Then it emerges via The Guardian that former Conservative MPs, and a peer who was a business minister under David Cameron along with Tory party donors were investors in Cambridge Analytica. Lord Marland, a successful businessman who became a minister in 2010, held shares personally. One of Marland’s fellow investors, and the person now registered as having “significant control” over SCL Group, is a big Conservative party donor called Roger Gabb, who has over the years donated over £700,000 to the party.

The Guardian and this interesting blog piece reveals other individuals who are linked to the Royal family, senior members of Britain’s armed forces and other members of high society.

Interestingly, Sir Geoffrey Pattie, a former Conservative defence and industry minister, took a key role in the company for its first three years. This is interesting because SCL, the parent company, uses known military strategies and tactics for its business model and has contracts with the US and UK military establishments and intelligence services. It’s all very fishy isn’t it.

On Monday, hidden-camera footage appeared to show Alexander Nix, Cambridge Analytica’s CEO Alexandre Nix, offering to bribe and blackmail public officials around the world. If Nix did so, it would violate not just U.K. laws but many others too. Cambridge Analytica suspended Nix on Tuesday. Presumably the police will be wanting to interview this man quite soon.

India has just shut down the CA website effectively declaring it and its parent SCL an enemy of the state. SCL India, a venture between the SCL group in London and Ovleno Business Intelligence, says both India’s major political parties are its clients. The BBC reports that both the ruling Bharatiya Janata Party (BJP) and main opposition Congress deny links with SCL India but have accused one another of utilising the services of the company.

Another accusation is that SCL/CA was offered material from Israeli hackers who had accessed the private emails of two politicians who are now the heads of state of Nigeria and St Kitts and Nevis. The reality of this story is truly, truly shocking. The Guardian investigation aligns Israeli intelligence, CA, Bell Pottinger and  the Western intelligence operatives of more than one country.

There are multiple wider political questions about what went on in the Nigerian election of 2015 and the role western powers played. The implications go far beyond the simplicities of asking what happens to lucrative Nigerian oil deals.

Christopher Wylie, the Cambridge Analytica whistleblower who revealed all to the Observer, called it “post-colonial blowback”.

The Observer/Guardian investigation interviewed employees of CA with one saying: “Everything the company did after the Mercers got involved was about refining a set of techniques that they would go on to use in the US elections. These campaigns in other countries were experiments. They worked out how to harvest data and weaponise it. And they got steadily better at it.”

“That work seems to have come about through Brittany Kaiser, a senior director at Cambridge Analytica, who would go on to play a public role at the launch of Nigel Farage’s Leave.eu campaign, and a senior strategist on the Trump campaign.”

At TruePublica, we made this connection a year ago, even before the mainstream media scrum of the last few days exposed the activities of SCL/CA.

READ: How Brexit Was Engineered By Foreign Billionaires To Bring About Economic Chaos – For Profit

READ: The Link Between Brexit And The US Election, MI6, Fake News And Dark Money

CA boasts of manipulating voters’ deepest fears and worries. Last year’s Kenyan election was dogged by vicious online propaganda targeting opposition leader Raila Odinga, with images and films playing on people’s concerns about everything from terrorism to spiralling disease. No-one knows who produced the material. But one can guess.

Another company wrapped up in this saga is the public relations firm, Bell Pottinger. It apologised for stirring up racial hostility in South Africa on behalf of former President Jacob Zuma’s alleged financiers – the Gupta family. Bell Pottinger has, quite rightly, since gone out of business.

But let’s not forget what that this so-called PR firm was involved in. The Pentagon paid half a billion dollars to run a top secret propaganda programme during the Iraq war. They made short TV segments made in the style of Arabic news networks and fake insurgent videos. These were confirmed by Bell Pottinger as “covert” military operations “covered by various secrecy agreements.” Bell Pottinger reported to the Pentagon, the CIA and the National Security Council on its work in Iraq. Bell Pottinger were effectively involved in ‘black ops’ and ‘falsely attributing fake videos’, again, confirmed by Bell Pottinger employees. All of this is now a matter of fact – like Tony Blair’s ‘dodgy dossier’ – made up stories to keep us all paying for yet more war.

Its founder was Tim Bell who is credited with honing Margaret Thatcher’s steely image and helping the Conservative party win three elections. The agency he co-founded has had a roster of clients including a number of repressive regimes around the world.

Mark Turnbull, who joined Alexander Nix at CA, heads up SCL Elections as managing director. His profile at the University of Exeter Strategy and Security Institute boasts of his record in achieving “campaign success via measurable behavioural change” in “over 100 campaigns in Europe, North and South America, Asia, Africa and the Caribbean”.

The MOD, SCL, Russia and Prostitutes

A freedom of information request from August 2016, shows that the MOD has twice bought services from Strategic Communication Laboratories (SCL)  in recent years.

Bella Caledonia in its report entitled “SCL – A very British Coup” claims that “In May 2015, SLC Defence, another subsidiary of the umbrella organisation, received $1 million (CAD) to support NATO operations in Eastern Europe targeting Russia.”

As recently as July 2017, the website for Cambridge Analytica said its methods has been approved by the “UK Ministry of Defence, the US State Department, Sandia and NATO” and carried their logos on its website.

Then the whole thing gets a bit seedy. A recent Channel 4 news undercover investigation revealed that Alexander Nix offered to use bribery and sex workers – to entrap politicians and subvert elections. The purpose of these tactics would have utilised the finest variations of blackmail to get a result – presumably.

One does not have to imagine that organisations such as these could be at the heart of all sorts of stories, fake news, disinformation and propaganda campaigns that ends up affecting each and every one of us.

Indeed, it is quite evident from reading all this that organisations like SCL and CA are little more than the shadowy alliances formed between extreme neoliberal venture capitalists and ageing elements of former British military and intelligence officers. It should be of no surprise, of course, that there are strong connections to not just ‘the establishment’ but the ruling Conservative party.

These strategies used against citizens of a nation are developed originally by ‘black operations’ in defence and military work. It is described officially as – the fifth dimension of warfare. This definition has been honed and defined by the US military as “information operations” commonly in use in wider society to this very day. The Novichok story would be a classic fit.

However, let’s call this out for what it is. The SCL/CA modus operandi is selling a product that uses systems, procedures, strategies and tactics to illegally usurp democracy – for money.

Is this not neoliberalism’s ultimate humiliation? It is literally eating itself from the inside out like terminal bowel cancer.

Like Bell Pottinger, the operations of SCL and CA need to be shut down and people questioned not by politically motivated commissioners, but by the police. Once done, they should focus their attention on that other extreme capitalist who couldn’t care less about the hard won principles of democracy – the ultimate motherzucker of social media, which is another story.