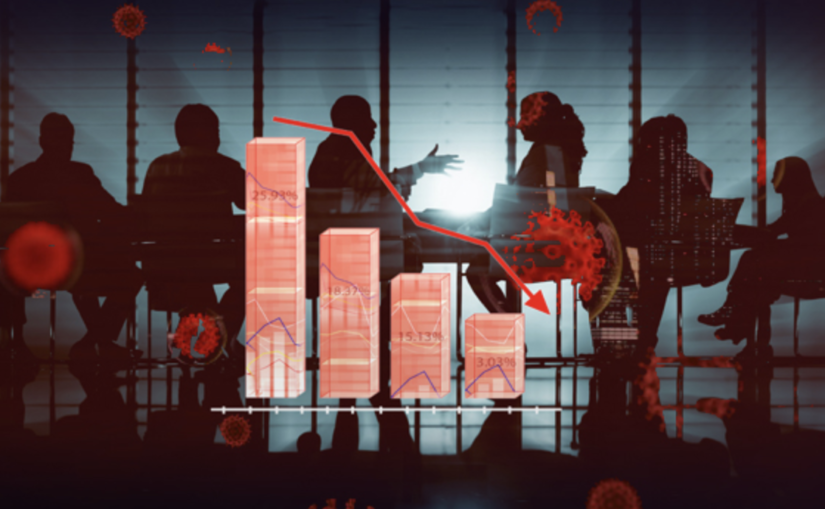 TruePublica Editor: Today we have a Prime Minister in charge of a national crisis, who is quite clearly out of his depth. To be fair, so would any PM right now. The problem is that the Coronavirus has a modus operandi that is not fully understood – so no matter what the government does, their actions to combat the virus could be wrong. The fact that the Boris Johnson government is now effectively run by former Vote Leave campaigners who are only concerned about good public relations is clearly of no real help and provides no expertise – and that much is patently evident.  Indeed, if anything, it has heavily contributed to the state of affairs we find ourselves in right now – namely, one the world’s worst performances of crisis management ever with over 60,000 dead – and still counting.

The government now finds that is has manoeuvred itself into a situation best described as Hobson Choice – a choice of taking what is available or nothing at all. Brexit was based on a lie. But worse, it divided British society like no other political debate in over 70 years. It forced the public to support one tribe of two – both of whom had extreme views aired as if somehow Britain had become 1930s pre-war Germany. Then COVID-19 unexpectedly came. The one unifying decision the government did make was that a lockdown was needed and the public supported it. But it wasn’t long before both the extremes of left and right-wing dragged out their most shrill voices to air their grievances – and now the culture war has started all over again.

Society is being dragged straight back into infighting mode and the government are now more concerned with public relations than they are about managing three individual crises at the same time – the public health crisis, the economic crisis and Brexit. Britain is being ferried towards a perfect storm through mismanagement and dogma.

Just over 80 per cent of the public supported the government to close schools in late March. Today only 23 per cent support sending children back, 22 per cent oppose it on balance and 28 per cent strongly oppose it. Divided again.

In terms of the governments’ overall new stance, 65 per cent of Labour voters are opposed, 58 per cent of Tory voters are in support – but the general population (incl voters) is completely divided at 49% opposing the latest strategy.

This is the dilemma. It’s Catch22 for the government. Society is so divided that the once fought over middle ground has vapourised in the heat of the arguments of the last four years.

And yet, 43 per cent of the public want the Brexit transitional period to be extended with only 36 per cent saying the 31st December is ‘die in a ditch‘ day. The government announced just two weeks ago that HS2 will continue straight away – 65 per cent of the public say they want HS2 stopped. These things won’t be stopped for the greater good of the nation and they will divide society even further.

Such a catastrophe requires a nation that is unified behind its government and there’s only one way that could be achieved – a national Unity Government.

In early April, two-thirds of the public supported the idea. Even a majority of Conservative voters endorsed a unity Government which would see ministers from their preferred party joined by colleagues from the Opposition.

Keir Starmer took the view then that an effective opposition would be more useful – but frankly, whilst that may have been true, what is required now is more than politics, more than Labour or Tory and more than point-scoring. If you want to look at point-scoring – it’s 60,000 – nil in lives lost and its £300bn – nil for additional government borrowing. It’s 10 million – nil for employment and its 1 million – nil for business survival. COVID-19 has the nation in its grip and we are fighting back with PR. And Starmer did not rule out a temporary coalition government as was reported.

And we should not forget that actions by the government in terms of the lockdown, of the NHS, of key-workers and care homes has led to considerable in-fighting and conflict within the Tory party itself.

Division now rules. One only has to look at the situation with regards to schools and teachers to see the professions, unions, scientists, economists and politicians all disagreeing over the way forward as an example of what is coming. Wait until the state decides to withdraw funding from struggling businesses. Wait until the much expected second wave appears and then a second lockdown is needed and we’ll see the culture war, class war, social divide and a political backlash explode in our faces.

Matt Hancock, Dominic Raab, Gavin Williamson and Priti Patel have about a much charisma between them as the Addams Family and in part three of this crisis, the country will end up even more divided than when the shrill shouts of Brexit drown out everything else. We need more when the situation demands it – this is what Britain has done so well in the past – but not today. We should not forget that Britain, a country sitting 80th in terms of landmass and 21st in population – is the sixth-largest economy in the world. It has always punched way above its actual weight.

As of last week, the four nations of the United Kingdom and the cities of Manchester or Liverpool are all defying Westminster. Confusion and rising anger now takes the centre stage. Community schools are being told to reopen their doors – Eton will be closed until September – how about that for a show of inequality. It makes no matter where you look – division, derision and defiance faces off against an economy that already has the jobs of 10 million hanging in the balance and one million businesses clinging on for dear life and there’s no consensus anywhere.

Right now, none of us should care one jot about Boris Johnson, Keir Starmer, Brexit, the EU, Donald Trump, the climate crisis, the unions, the rich list, football, holidays, hummus or anything else. Our national focus should be listening (without political influencing) to all of the experts, looking at the experience of other countries, agreeing on a way forward to save our country – and unified – act on it. Whether those decisions work out to be exactly right will not concern us if we truly are – all in this together. Only a unity government – like the wars years – will get us through this disaster.

Britain had the Ministry of all Talents in 1806 during the Napoleonic war years and the World Wars and Great Depression were all guided by unity governments. The economic crisis is already far worse than the Great Depression according to the Bank of England – so why was the debate of a national unity government not the very first thing we should have agreed on?

Sadly, Britain is not the country it was. It doesn’t have the courage to make these decisions. It won’t agree on anything over the COVID-19 crisis because of its new found method of delivering authority – division. And we’ll pay that price very heavily one way or another. If you think it’s bad now, just wait until the summer is over – it will be the biggest shit-show ever. It will feature an aristocratic wealthy clan who delight in the macabre and are seemingly unaware or unconcerned that other people find them frightening. Yes, there’s Gomez (Boris), Morticia (Priti Patel), Pugsy (Matt Hancock), Wednesday Addams (Liz Truss), Uncle Fester (Michael Gove), Lurch (Gavin Williamson) and Thing (Dominic Raab).

It would be funny if it wasn’t so tragic.