Trump, North Korea, Iran. Some Facts and “the instinct to attack.” 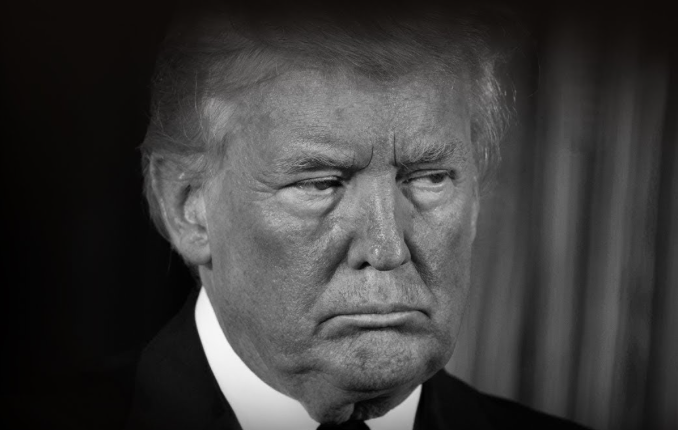 “What difference does it make to the dead, the orphans and the homeless, whether the mad destruction is wrought under the name of totalitarianism or in the holy name of liberty or democracy?” (Mahatma Gandi, 1869-1948.)

By Felicity Arbuthnot: When the UN was established on 24th October 1945, little over five months after the end of World War 11, the organization’s stated aims were to prevent further devastating conflicts. In spite of the fact that 193 out of the world’s 195 nations are Member States, it has failed woefully.

The US alone has been involved, since the UN’s founding, in fifty seven overt murderous meddlings, government overthrows, bloody invasions and/or occupations (1.) One article (2) estimates that the US – supremely ironically base of the UN’s great Headquarters – “most likely has been responsible since WWII for the deaths of between 20 and 30 million people in wars and conflicts scattered over the world.”

The writer asks: “How many September 11ths has the United States caused in other nations since WWII?” He answers himself: “Possibly 10,000.” It is surely a reflection of desperation for peace and disgust at where humanity is being led, that the meticulously researched piece was shared over seventy seven thousand times on the one quoted site alone.

No wonder the US government is so keen to crush and corral the Internet.

Donald Trump, addressing the UN General Assembly on the 19th September, made it chillingly clear that if he has his way he is headed for numerous more international “September 11ths.”

It was seemingly equally clear that he was clueless about the fine founding aims, for all its failings, of the UN:

“We the peoples of the United Nations determined to save succeeding generations from the scourge of war, which twice in our lifetime has brought untold sorrow to mankind … to reaffirm faith in fundamental human rights, in the dignity and worth of the human person … of nations large and small … to practice tolerance and live together in peace with one another as good neighbours …”

Human worth, tolerance, peace and international neighbourly-ness are clearly a foreign land to the multiple draft dodger.

The amount spent 1940 – 1996 on the US nuclear weapons program was $5.5 trillion and was 29 percent of all military spending in the same period ($18.7 trillion). This figure is significantly larger than any previous official or unofficial estimate of nuclear weapons expenditures, exceeding all other categories of government spending and equates to $21,000 for every American in the same time period – source NTI: The Cost Of U.S. Nuclear Weapons

Just prior to America’s Congressional Budget Office announcing that the nation’s nuclear weapons programme will cost a mind-bending $1.2 Trillion over the next thirty years (3) to update and maintain, Trump used the UN to threaten the annihilation of North Korea and accuse Iran of pursuing “death and destruction.”

At every level hypocrisy towers – along with “might is right” threats. As John Queally reminds (4) the ‘U.S. military maintains plans to “strike virtually anywhere on the face of the Earth within 60 minutes.” ‘

Further: “ … the U.S.’s overall military capabilities are unparalleled. The U.S. has one of the world’s largest military budgets accounting for gross domestic product, spending roughly $618 billion a year on arms and other military capabilities. It has nearly 8,000 nuclear warheads in reserve, 13,900 aircraft, 920 attack helicopters and 72 submarines, along with 800 overseas military bases in 70 countries scattered across strategic areas throughout the world, and roughly 150,090 soldiers stationed across 150 countries. The U.S. employs about 1,066,600 soldiers.”

The President and Commander in Chief of this arsenal of Armageddon, referring to North Korea railed about “a band of criminals arming itself with nuclear weapons …” What an irony from the leader of the only nation on earth to have used them – twice – and used them again and again in the form of depleted uranium weapons in Iraq, Afghanistan, Libya the Balkans and almost certainly Syria.

The resultant cancers and birth defects are the shaming, horrifying legacy of criminality on an unprecedented scale – the medical legacy of which will, of course, prevail for 4.5 Billion years, the life of depleted uranium – and the estimated life of the earth – lest it ever be forgotten.

Given Trump’s terrifying threats of circumstances where “ … we will have no choice but to totally destroy North Korea …” issued at the UN, no wonder that nation, isolated, threatened and vilified for over half a century seeks what it sees as defense.

Iran is, of course, also in Trump’s sights. Yet less than three weeks before his UN tirade, the International Atomic Energy Agency, charged with monitoring Iran’s nuclear power programme, had confirmed that Iran was abiding by the 2015 multilateral agreement which he incessantly accuses the country of violating.

Moreover, The IAEA director, Yukiya Amano, confirmed to the Associated Press that the Agency has access to all locations “without making distinctions between military and civilian locations”.  There is also a framework for the Agency to visit even the most sensitive sites.

In May this year, at a Press Conference in Denmark on the Iran agreement Amano stated:

“Iran is now subject to the world’s most robust nuclear verification regime. Our inspectors are on the ground 24/7. We monitor nuclear facilities remotely, using permanently installed cameras and other sensors. We have expanded access to sites, and have more information about Iran’s nuclear programme.”

Peace, tolerance and international neighbours, however, were reduced by the President at the UN, to Iran being: “a corrupt dictatorship”, exporting “violence, bloodshed and chaos.” It also “funds terrorists that attack their peaceful Arab and Israeli neighbours.”

Iran of course, has not attacked another nation for over two hundred years and fought only when defending its own territory against encroachment or attack. Current Middle East nightmares have entirely sprung from, as General Wesley Clark stated he was told shortly after 11th September 2001: “We’re going to take out seven countries in five years: Iraq, Syria, Lebanon, Libya, Somalia, Sudan & Iran…”

As for a “peaceful … Israeli neighbor”, Planet Trump is clearly set on disconnect.

Donald Trump either had not read the IAEA Report or chose to ignore it, telling the UN that: “ a murderous regime” was “building dangerous missiles” and that the 2015 agreement “provides cover for the eventual construction of a nuclear programme.” The gutter-language insults and accusations heaped on a proud, ancient nation reflect an ignorance of diplomacy, politics and indeed, basic norms of civility.

In an address on “Iran Strategy” on 13th October (5) in the surely misnamed “Diplomatic” Reception Room he opened by saying he had ordered a “strategic review” of policy “toward the rogue regime of Iran.”

“Our policy is based on a clear-eyed assessment of the Iranian dictatorship, its sponsorship of terrorism and its continuing aggression in the Middle East and all around the world.”

Far from “clear eyed”, the all is blind, un-statesmanlike, including a one-sided, context-less, history of the US/Iran relationship, which needs a lengthy article to address reality. Ranting, knowledge-free accusations seem instead plucked out of the air.

As for “sponsorship of terrorism … continuing aggression in the Middle East … and around the world”, perhaps a glance at Washington’s nationwide back yard and a bit of introspection might be worthwhile.

Then there was this gem:

“The regime also received a massive cash settlement of $1.7 billion from the U.S., a large portion of which was physically loaded onto an airplane and flown into Iran. Just imagine the sight of those huge piles of money being hauled off by the Iranians, waiting at the airport for the cash. I wonder where all that money went.”

Iran had in fact been owed $400 million since 1979, over an order of US aircraft which were never delivered after the severing of Iran-US relations after the overthrow of the Shah in 1979. The interest has risen year on year and Iran was awarded the $1.7 billion compensation by an international Court in The Hague.

It was not in fact even paid in dollars, since the US will not trade in dollars with Iran, so had to scrabble around assembling various other currencies to service the debt. Since, due to the US embargo on Iran, there are no currency trading mechanisms, the compensation had to be physically flown in and delivered. (6)

Trump’s sabre rattling against Iran is chilling – and of course has no mention of crimes of enormity by the US against the country:

“In August 1953, through the auspices of the U.S. Central Intelligence Agency and British intelligence, in cooperation with forces loyal to Mohammad Reza Pahlavi, the Shah of Iran, the popularly-elected Prime Minister of Iran, Mohammad Mosaddegh, was forcibly removed from power.”

To insure the Shah retained power, the father of General Norman Schwartzkopf, of Basra Road massacre infamy, had:

“Under a CIA operation called ‘Operation Ajax’ been sent to Iran to encourage the Shah to return to power and, most crucially, helped him … by forming and training security forces that would be loyal to the Shah. These … would eventually metamorphose into the dreaded and feared SAVAK secret police, one of the most brutal foundations of the Shah’s power.

“SAVAK basically served as an intelligence agency with unlimited police powers — and a very effective deterrent to any opposition to the Shah. Officers of the organization could spy on or arrest almost anybody at will and frequently used torture to gain information or to simply intimidate the populace.

“SAVAK’s presence deepened in the 1960s and 1970s, when it arrested, tortured and killed untold thousands of Iranians – anyone who was perceived to be a threat to the Shah’s one-party rule.”

Trump’s chilling threats towards Iran seem to include intended revenge for the hostage taking of personnel in the US embassy in Tehran in 1979. Has he any idea of the regime the US embassy might have seemed to represent to the people of Iran, given just the briefest details of US meddling, above?

There seem to be no great world institutions, even American constitutionals ones, flashing warning lights in truly terrifying times. North Korea and Iran have both indicated willingness to talk. Secretary of State, Rex Tillerson seems to be making encouragingly conciliatory statements about dialogue, President Carter has offered to talk to North Korea. Both seem to have been dismissed or slapped down by a man with seemingly hate in his heart – and his finger on the nuclear button.