U.S. Now Allowing Asbestos Back Into Manufacturing and Building 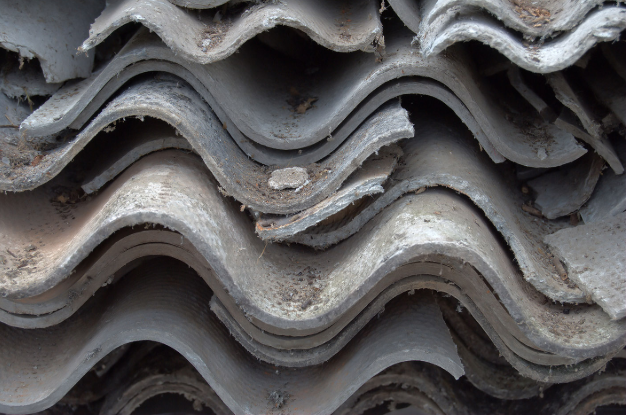 By TruePublica Editor: The USA is a deeply corrupt and immoral country. It demonstrates this at every level of government. Transparency International (TI) describes the USA as facing “a wide range of domestic challenges related to the abuse of entrusted power for private gain” with its – “pay to play” politics and the revolving doors between elected government office, for-profit companies, and professional associations; and the abuse of the US financial system by corrupt foreign kleptocrats and local elites.”

The Office of the president of the USA along with government institutions and its officials in Washington are perceived by the general public to be the most corrupt in the country according to TI. In addition, people also think that most or all business executives are corrupt.

This is no better demonstrated than this latest piece of news published in The Architects Newspaper where the Environmental Protection Agency (EPA) is about to give the go-ahead for the use of Asbestos in manufacturing, building or other use as it no longer considers the highly toxic fibres that cause a particularly aggressive form of cancer worthy of monitoring if said fibres are in the air, ground, or water in its risk assessments.

No, I couldn’t believe it either. Don’t forget, there is an American takeover of Britain on the way and the types of public protection systems Britain has in place are to be ripped down in order to secure a trade deal.

EPA is now allowing asbestos back into manufacturing

Fast Company recently reported on the potential comeback of one of the most infamous building materials of recent memory. Asbestos is now legally allowed back into U.S. manufacturing under a serious of loopholes by the Environmental Protection Agency (EPA). As Fast Company reported, on June 1, the EPA authorized a “SNUR” (Significant New Use Rule) that allowed the creation of new products containing asbestos on a case-by-case basis.

The EPA’s recently released report detailing its new framework for evaluating the risk of its top prioritized substances states that the agency will “no longer consider the effect or presence of substances in the air, ground, or water in its risk assessments.”

This news comes after the EPA reviewed its first batch of 10 chemicals under the 2016 amendment to the 1976 Toxic Substances Control Act (TSCA), which requires the agency to continually reevaluate hundreds of potentially toxic chemicals in lieu of removing them from the market or placing new restrictions on their use. The SNUR greenlights companies to use toxic chemicals like asbestos without consideration about how they will endanger people who are indirectly in contact with them.

Asbestos was widely used in building insulation up until it was completely banned in most countries in the 1970s. The U.S. severely restricted its use without completely outlawing it. As Fast Company covered, the Asbestos Disease Awareness Organization (ADAO) revealed in April that asbestos-related deaths now total nearly 40,000 annually, with lung cancer and mesothelioma being the most common illnesses in association with the toxin.

Healthy Building Network (HBN), an environmental advocacy group, said that the fibrous material poses a major health risk for everyone exposed to it, including those who mine it, those who handle it in industrial facilities, as well as people near or inside renovation and construction projects where it’s being used. HBN’s Board President Bill Walsh said that the chlor-alkali industry is the only industry in the country that still uses asbestos, reportedly importing about 480 tons of the carcinogen each year from Russia and Brazil.

Walsh pointed out that chlorine-based plastics are commonly found in building-product materials and that “virtually all” asbestos in the U.S. is used in the industrial process to make chlorine. This includes PVC and vinyl plastics, which is largely found in the creation of pipes, tiles, flooring, adhesives, paints, and roofing products.

Though the EPA is now easing its regulations against integrating the harmful toxin and others like it under the Trump administration, it will largely be the responsibility of local and state governments, as well as companies and informed consumers to counter these new federal moves. Walsh said it’s up to sustainable building-product manufacturers and ultimately, architects to pressure the market. 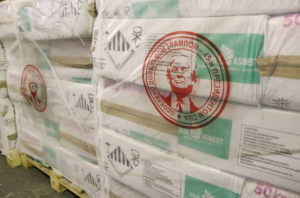 Earlier last month, The Washington Post noted that the Environmental Working Group (EWG) and the ADAO had discovered a controversial post on Russian asbestos exporter Uralasbest’s Facebook page showing photos of company pallets stamped with a seal of U.S. President Donald Trump’s face. As The Post covered, Trump has long been vocal about his scepticism about the harmful effects of asbestos, claiming in his 1997 book, The Art of the Comeback, that anti-asbestos efforts were “led by the mob.” The Post uncovered how in 2012, he tweeted that the World Trade Center might not have burned had the fire-retardant material not been removed from the towers. It’s estimated that 400 tons of asbestos fibre went into the structures before the developers stopped it from being used further in 1971.

The EPA told The Washington Post it will conduct further studies on the first 10 chemicals under the amended TSCA and final risk evaluations will be published in December 2019.