US Constitutional Attorney: “Trump has become a unilateral power” 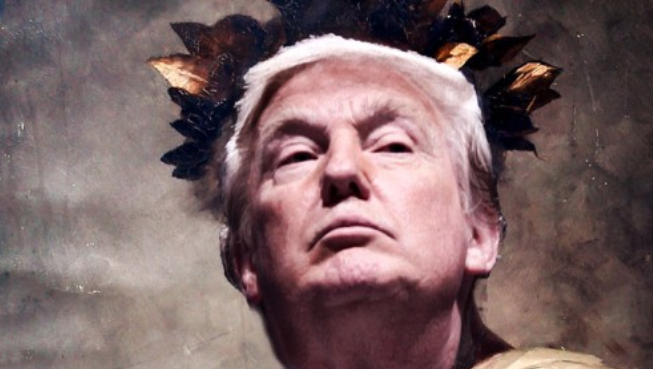 By John W. Whitehead: Someone needs to alert Donald Trump: there is no “Get Out of Jail Free” card just for being president. According to Trump’s Twitter feed, he believes that he has an absolute right to pardon himself of any crimes for which he might be charged while serving in office.

He’s not alone in this imperial belief.

Two of Trump’s lawyers have attempted to float the idea that “the president’s powers are so broad as to make it impossible for him to have obstructed justice.”

Rudy Giuliani, another of Trump’s enablers, insists that Trump could even get away with shooting the FBI director in the Oval Office and not be prosecuted for murder. “In no case can he be subpoenaed or indicted,” Giuliani argued, claiming a president’s constitutional powers are that broad.

Back in 1974, four days before Richard Nixon resigned, the Department of Justice concluded, “Under the fundamental rule that no one may be a judge in his own case, the president cannot pardon himself.”

To suggest otherwise, to empower the President to establish his own rules, not bound by the legislative or judicial branches of the government, is to place him “above the law.”

In operating above the law, the president thus becomes a law unto himself—a dictator, an imperial overlord, a king.

Yet the U.S. government—a constitutional republic—is predicated on the notion that the law is supreme, and that no one can flout it.

In other words, in America, the law is king.

When we refer to the “rule of law,” that’s constitutional shorthand for the idea that everyone is treated the same under the law, everyone is held equally accountable to abiding by the law, and no one is given a free pass based on their politics, their connections, their wealth, their status or any other bright-line test used to confer special treatment on the elite.

When the government and its agents no longer respect the rule of law—the Constitution—or believe that it applies to them, then the very contract on which this relationship is based becomes invalid.

Long before the DOJ issued its 1974 memorandum, which soundly refutes Trump’s claims to legal immunity, America’s founders issued their own proclamation—the Declaration of Independence—denouncing the tyrannical dictates of an imperial ruler. Unfortunately, we’ve been backsliding ever since.

Although the Constitution requires a separation of powers between the executive, legislative and judicial branches of government in order to ensure accountability so that no one government agency becomes all-powerful, the office of the president of the United States has, for all intents and purposes, become a unilateral power unto itself.

Each successive president over the past 30 years has, through the negligence of Congress and the courts, expanded the reach and power of the presidency.

These presidential powers—acquired through the use of executive orders, decrees, memorandums, proclamations, national security directives and legislative signing statements and which can be activated by any sitting president—enable past, president and future presidents to act as a dictator by operating above the law and beyond the reach of the Constitution.

This is what you might call a stealthy, creeping, silent, slow-motion coup d’état.

So it’s not all Trump’s fault if he believes that he is untouchable and all-powerful: this abuse of presidential powers has been going on for so long that it has become the norm, the Constitution be damned.

It’s not just the occupant of the Oval Office that needs to be held accountable to the rule of law, either. There are thousands of government bureaucrats who are getting away with murder (in many cases, literally) simply because the legislatures, courts and the citizenry can’t be bothered to make them play by the rules of the Constitution.

Abuse of power—and the ambition-fueled hypocrisy and deliberate disregard for misconduct that make those abuses possible—works the same whether you’re talking about sexual harassment, government corruption, or the rule of law.

It’s the arrogance underlying the action that speaks volume.

It doesn’t matter what starts us down this path, whether it’s a president insisting that he get a free pass for sexually harassing employees, or waging wars based on invented facts, or attempting to derail an investigation into official misconduct.

If we continue down this road, there can be no surprise about what awaits us at the end.

After all, it is a tale that has been told time and again throughout history about how easy it is for freedom to fall and tyranny to rise, and it often begins with one small, seemingly inconsequential willingness on the part of the people to compromise their principles and undermine the rule of law in exchange for a dubious assurance of safety, prosperity and a life without care.

For example, almost 85 years ago, the citizens of another democratic world power elected a leader who promised to protect them from all dangers. In return for this protection, and under the auspice of fighting terrorism, he was given absolute power.

This leader went to great lengths to make his rise to power appear both legal and necessary, masterfully manipulating much of the citizenry and their government leaders.

Unnerved by threats of domestic terrorism and foreign invaders, the people had little idea that the domestic turmoil of the times—such as street rioting and the fear of Communism taking over the country—was staged by the leader in an effort to create fear and later capitalize on it.

In the ensuing months, this charismatic leader ushered in a series of legislative measures that suspended civil liberties and habeas corpus rights and empowered him as a dictator.

On March 23, 1933, the nation’s legislative body passed the “Law to Remedy the Distress of the People and the Nation,” which appeared benign and allowed the leader to pass laws by decree in times of emergency.

What it succeeded in doing, however, was ensuring that the leader became a law unto himself.

The leader’s name was Adolf Hitler, and the rest, as they say, is history.

Yet history has a way of repeating itself.

Hitler’s rise to power should serve as a stark lesson to always be leery of granting any government leader sweeping powers.

Clearly, as I make clear in my book Battlefield America: The War on the American People, we are not heeding that lesson.