USA: 1200 per cent more people killed by police than by mass shooters since 2015 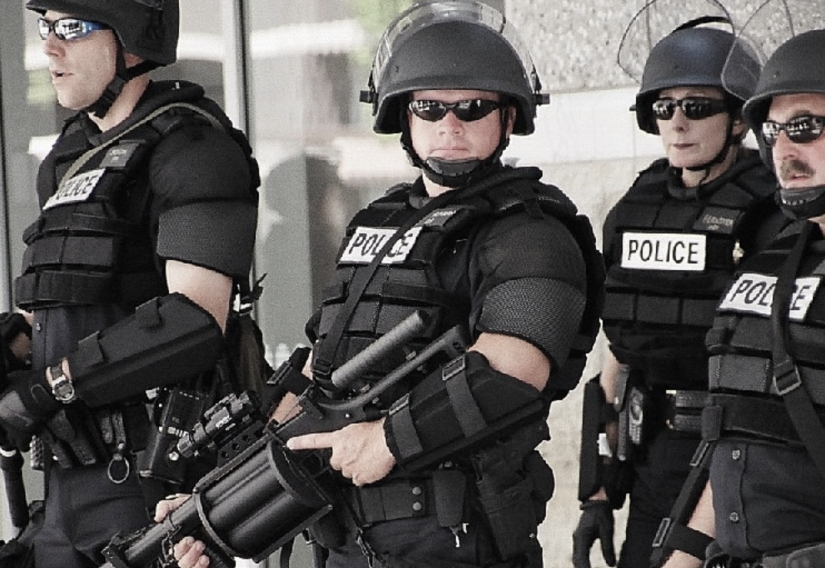 Consider that five years after police shot and killed an unarmed 18-year-old man in Ferguson, Missouri, there has been no relief from the government’s gun violence.

Clearly, the U.S. government is not making America any safer.

Indeed, the government’s gun violence—inflicted on unarmed individuals by battlefield-trained SWAT teams, militarized police, and bureaucratic government agents trained to shoot first and ask questions later—poses a greater threat to the safety and security of the nation than any mass shooter.

In fact, 1200% more people have been killed by police in America than mass shooters since 2015.

Curiously enough, in the midst of the finger-pointing over the latest round of mass shootings, Americans have been so focused on debating who or what is responsible for gun violence—the guns, the gun owners, the Second Amendment, the politicians, or our violent culture—that they have overlooked the fact that the systemic violence being perpetrated by agents of the government has done more collective harm to the American people and their liberties than any single act of terror or mass shooting.

Violence has become our government’s calling card, starting at the top and trickling down, from the more than 80,000 SWAT team raids carried out every year on unsuspecting Americans by heavily armed, black-garbed commandos and the increasingly rapid militarization of local police forces across the country to the drone killings used to target insurgents.

The government even exports violence worldwide.

Talk about an absurd double standard.

If we’re truly going to get serious about gun violence, why not start by scaling back the American police state’s weapons of war?

I’ll tell you why: because the government has no intention of scaling back on its weapons.

In fact, all the while gun critics continue to clamour for bans on military-style assault weapons, high-capacity magazines and armour-piercing bullets, the U.S. military is passing them out to domestic police forces.

While Americans have to jump through an increasing number of hoops in order to own a gun, the government is arming its own civilian employees to the hilt with guns, ammunition and military-style equipment, authorizing them to make arrests, and training them in military tactics.

For that matter, why do police need armoured personnel carriers with gun ports, compact submachine guns with 30-round magazines, precision battlefield sniper rifles, and military-grade assault-style rifles and carbines?

Over the course of 30 years, police officers in jack boots holding assault rifles have become fairly common in small-town communities across the country. As investigative journalists, Andrew Becker and G.W. Schulz reveal, “Many police, including beat cops, now look more and more like combat troops serving in Iraq and Afghanistan.”

Does this sound like a country under martial law?

You want to talk about gun violence? While it still technically remains legal for the average citizen to own a firearm in America, possessing one can now get you pulled over, searched, arrested, subjected to all manner of surveillance, treated as a suspect without ever having committed a crime, shot at and killed by police.

You don’t even have to have a gun or a look-alike gun, such as a BB gun, in your possession to be singled out and killed by police.

There are countless incidents that happen every day in which Americans are shot, stripped, searched, choked, beaten and tasered by police for little more than daring to frown, smile, question, or challenge an order.

Growing numbers of unarmed people are being shot and killed for just standing a certain way, or moving a certain way, or holding something—anything—that police could misinterpret to be a gun, or igniting some trigger-centric fear in a police officer’s mind that has nothing to do with an actual threat to their safety.

With alarming regularity, unarmed men, women, children and even pets are being gunned down by twitchy, hyper-sensitive, easily-spooked police officers who shoot first and ask questions later, and all the government does is shrug, and promise to do better, all the while the cops are granted qualified immunity.

This is what passes for policing in America today, folks, and it’s only getting worse. Remember, to a hammer, all the world looks like a nail.

Yet as I point out in my book Battlefield America: The War on the American People, “we the people” are not just getting hammered.

Violence begets violence: until we start addressing the U.S. government’s part in creating, cultivating and abetting a culture of violence, we will continue to be a nation plagued by violence in our homes, in our schools, on our streets and in our affairs of state, both foreign and domestic.

Constitutional attorney and author John W. Whitehead is founder and president of The Rutherford Institute. His new book Battlefield America: The War on the American People is available at www.amazon.com.