USA: Impeach the Government: Rogue Agencies Have Been Abusing Their Powers for Decades 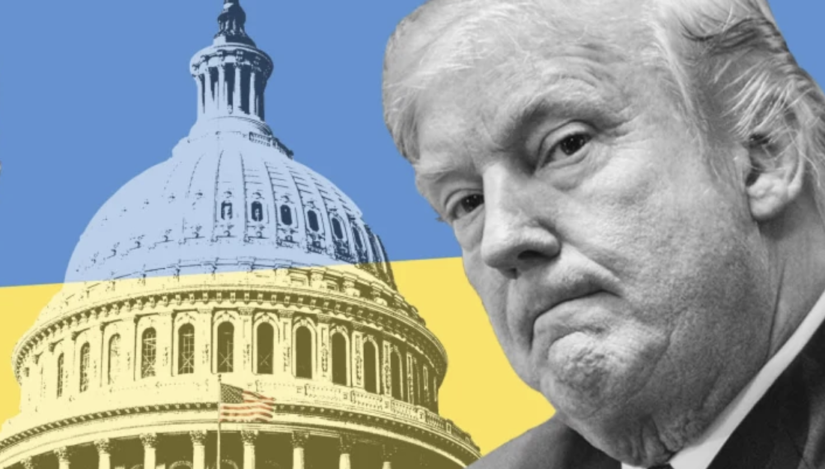 By John W Whitehead – Constitutional attorney, Charlottesville, Virginia: By all means, let’s talk about the impeachment of Trump. To allow the President or any rogue government agency or individual to disregard the rule of law whenever, wherever and however it chooses and operate “above the law” is exactly how a nation of sheep gives rise to a government of wolves.

To be clear: this is not about Donald Trump. Or at least it shouldn’t be just about Trump.

This is a condemnation of every government toady at every point along the political spectrum – right, left and centre – who has conspired to expand the federal government’s powers at the expense of the citizenry.

For too long now, the American people have played politics with their principles and turned a blind eye to all manner of wrongdoing when it was politically expedient, allowing Congress, the White House and the Judiciary to wreak havoc with their freedoms and act in violation of the rule of law.

“We the people” are paying the price for it now.

We are paying the price every day that we allow the government to continue to wage its war on the American People, a war that is being fought on many fronts: with bullets and tasers, with surveillance cameras and license readers, with intimidation and propaganda, with court rulings and legislation, with the collusion of every bureaucrat who dances to the tune of corporate handouts while on the government’s payroll, and most effectively of all, with the complicity of the American people, who continue to allow themselves to be easily manipulated by their politics, distracted by their pastimes, and acclimated to a world in which government corruption is the norm.

This entire impeachment process is a manufactured political circus—a shell game—aimed at distracting the public from the devious treachery of the American police state, which continues to lock down the nation and strip the citizenry of every last vestige of constitutional safeguards that have historically served as a bulwark against tyranny.

Has President Trump overstepped his authority and abused his powers? Without a doubt. Then again, so did Presidents Obama, Bush, Clinton, and almost every president before them.

Trump is not the first president to weaken the system of checks and balances, sidestep the rule of law, and expand the power of the president. He is just the most recent.

If we were being honest and consistent in holding government officials accountable, you’d have to impeach almost every president in recent years for operating “above the law,” unbound by the legislative or judicial branches of the government.

When the government and its agents no longer respect the rule of law—the Constitution—or believe that it applies to them, then the very contract on which this relationship is based becomes invalid.

This is what you might call a stealthy, creeping, silent, slow-motion coup d’état. This abuse of power has been going on for so long that it has become the norm, the Constitution be damned.

“Trump is not the first president to weaken the system of checks and balances, sidestep the rule of law, and expand the power of the president. He is just the most recent”

There are hundreds—make that thousands – of government bureaucrats who are getting away with murder (in many cases, literally) simply because the legislatures, courts and the citizenry can’t be bothered to make them play by the rules of the Constitution.

Unless something changes in the way we deal with these ongoing, egregious abuses of power, the predators of the police state will continue to wreak havoc on our freedoms, our communities, and our lives.

It’s the nature of the beast: power corrupts.

We’re seeing this dynamic play out every day in communities across America.

Abuse of power—and the ambition-fueled hypocrisy and deliberate disregard for misconduct that make those abuses possible—works the same whether you’re talking about sexual harassment, government corruption, or the rule of law.

“If we continue down this road, there can be no surprise about what awaits us at the end”

After all, it is a tale that has been told time and again throughout history about how easy it is for freedom to fall and tyranny to rise, and it often begins with one small, seemingly inconsequential willingness on the part of the people to compromise their principles and undermine the rule of law in exchange for a dubious assurance of safety, prosperity and a life without care.

The American kleptocracy (a government ruled by thieves) has sucked the American people down a rabbit hole into a parallel universe in which the Constitution is meaningless, the government is all-powerful, and the citizenry is powerless to defend itself against government agents who steal, spy, lie, plunder, kill, abuse and generally inflict mayhem and sow madness on everyone and everything in their sphere.

This dissolution of that sacred covenant between the citizenry and the government—establishing “we the people” as the masters and the government as the servant—didn’t happen overnight. It didn’t happen because of one particular incident or one particular president. It is a process, one that began long ago and continues in the present day, aided and abetted by politicians who have mastered the polarizing art of how to “divide and conquer.”

Unfortunately, there is no magic spell to transport us back to a place and time where “we the people” weren’t merely fodder for a corporate gristmill, operated by government hired hands, whose priorities are money and power.

So yes, let’s talk about impeachment, but don’t fall for the partisan shell game that sets Trump up as the fall guy for the Deep State’s high crimes and misdemeanors. Set your sights higher: impeach the government for overstepping its authority, abusing its power, and disregarding the rule of law.

JOHN W. WHITEHEAD is a Constitutional attorney and founder and president of The Rutherford Institute. His new book Battlefield America: The War on the American People  is available at www.amazon.com.