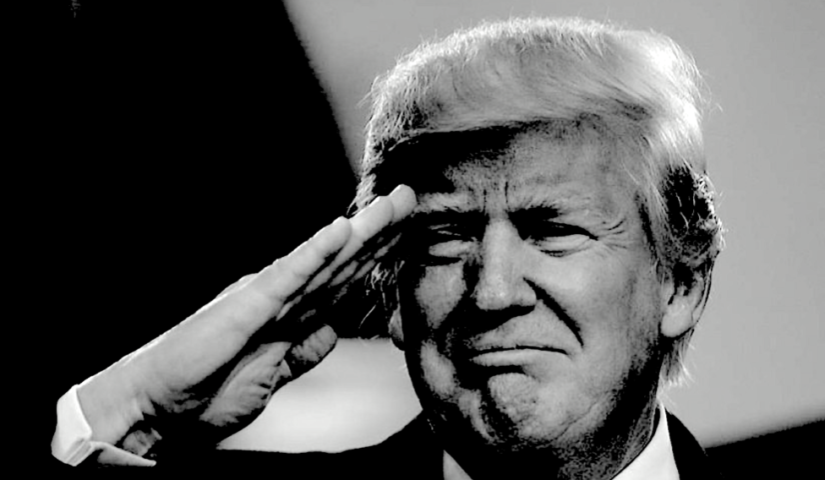 By Constitutional Attorney, John W Whitehead, Charlottesville, Virginia:  And so it continues. This impeachment fiasco is merely the latest in a never-ending series of distractions, distortions, and political theatre aimed at diverting the public’s attention from the sinister advances of the American Police State.

Don’t allow yourselves to be distracted, diverted or mesmerized by the cheap theatre tricks.

This impeachment spectacle is Shakespearean in its scope: full of sound and fury, signifying nothing.

Nothing is the keyword here. Despite the wall-to-wall media coverage, nothing will change.

Mark my words: the government will remain as corrupt and self-serving as ever, dominated by two political factions that pretend to be at odds with each other all the while moving in lockstep to maintain the status quo.

So President Trump’s legal team can grandstand all they want about the impeachment trial being “an affront to the Constitution” and “a dangerous perversion of the Constitution,” but that’s just smoke and mirrors.

Do you know what is really “an affront to the Constitution”? The U.S. government.

We’ve been losing our freedoms so incrementally for so long—sold to us in the name of national security and global peace, maintained by way of martial law disguised as law and order, and enforced by a standing army of militarized police and a political elite determined to maintain their powers at all costs—that it’s hard to pinpoint exactly when it all started going downhill, but we’re certainly on that downward trajectory now, and things are moving fast.

“The American system of representative government has been overthrown by a profit-driven, militaristic, corporate oligarchy bent on total control”

The republic has fallen.

The American system of representative government has been overthrown by a profit-driven, militaristic, corporate oligarchy bent on total control and global domination through the imposition of martial law here at home and by fomenting wars abroad.

Even now, we are being pushed and prodded towards a civil war, not because the American people are so divided but because that’s how corrupt governments control a populace (i.e., divide and conquer).

These are indeed dangerous times but not because of violent crime, which remains at an all-time low, or because of terrorism, which is statistically rare, or because the borders are being invaded by foreign armies, which data reports from the Department of Homeland Security refute.

No, the real danger that we face comes from none other than the U.S. government and the powers it has granted to its standing armies to rob, steal, cheat, harass, detain, brutalize, terrorize, torture and kill American citizens with immunity.

This danger comes from greedy, power-hungry bureaucrats on the government payroll who have little to no understanding of their constitutional limits.

This danger comes from greedy politicians and corporations for whom profit trumps principle.

Do you want to know about the state of our union? It’s downright scary.

Consider, if you will, all of the dangerous, debilitating, deceitful, dehumanizing, discriminatory and dictatorial schemes inflicted on “we the people” by a bureaucratic, totalitarian regime that has long since ceased to be “a government of the people, by the people and for the people.”

I haven’t even touched on the corporate state, the military-industrial-complex, SWAT team raids, invasive surveillance technology, zero-tolerance policies in the schools, overcriminalization, or privatized prisons, to name just a few, but what I have touched on should be enough to show that the landscape of our freedoms has already changed dramatically from what it once was and will no doubt continue to deteriorate unless Americans can find a way to wrest back control of their government and reclaim their freedoms.

“What is far more difficult to face up to is the reality of life in America, where unemployment, poverty, inequality, injustice and violence by government agents are increasingly norms”

There can be no denying that the world is indeed a dangerous place, but what the president and his cohorts fail to acknowledge is that it’s the government that poses the gravest threat to our freedoms and way of life, and no amount of politicking, parsing or pandering will change that.

It is easy to be diverted, distracted and amused by the antics of politicians, the pomp and circumstance of awards shows, athletic events, and entertainment news, and the feel-good, wrapped-in-the-flag evangelism that passes for religion today.

What is far more difficult to face up to is the reality of life in America, where unemployment, poverty, inequality, injustice and violence by government agents are increasingly norms, and where “we the people” are at a distinct disadvantage in the face of the government elite’s power grabs, greed and firepower.

The Constitution doesn’t stand a chance against a federalized, globalized standing army protected by legislative, judicial and executive branches that are all on the same side, no matter what political views they subscribe to: suffice it to say, they are not on our side or the side of freedom.

As I make clear in my book Battlefield America: The War on the American People, the powers-that-be want us to remain distracted, divided, alienated from each other based on our politics, our bank accounts, our religion, our race and our value systems. Yet as George Orwell observed, “The real division is not between conservatives and revolutionaries but between authoritarians and libertarians.”

You either believe in freedom or you don’t. It’s that simple.

Everything else is just a deadly distraction. As Orwell observed in 1984:

“All that was required of them was a primitive patriotism which could be appealed to whenever it was necessary to make them accept longer working hours or shorter rations. And even when they became discontented, as they sometimes did, their discontent led nowhere, because, being without general ideas, they could only focus it on petty specific grievances. The larger evils invariably escaped their notice.”