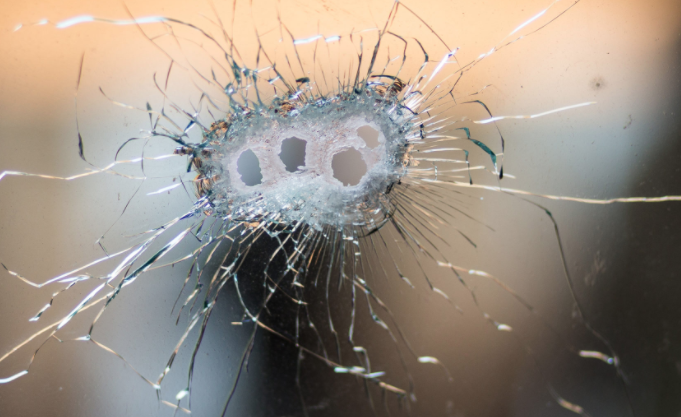 By John W Whitehead – US constitutional attorney – Charlottesville: We are caught in a vicious cycle. With alarming regularity, the nation is being subjected to a spate of violence that terrorizes the public, destabilizes the country’s fragile ecosystem, and gives the government greater justifications to crack down, lock down, and institute even more authoritarian policies for the so-called sake of national security without many objections from the citizenry.

This shooting, which is being chalked up to mental illness by the 19-year-old assassin, came months after a series of mass shootings in late 2017, one at a church in Texas and the other at an outdoor country music concert in Las Vegas. In both the Texas and Las Vegas attacks, the shooters were dressed like a soldier or militarized police officer and armed with military-style weapons.

As usual following one of these shootings, there is a vocal outcry for enacting more strident gun control measures, more mental health checks, and heightened school security measures.

Also as usual, in the midst of the finger-pointing, no one is pointing a finger at the American police state or the war-drenched, violence-imbued, profit-driven military industrial complex, both of which have made violence America’s calling card.

Ask yourself: Why do these mass shootings keep happening? Who are these shooters modelling themselves after? Where are they finding the inspiration for their weaponry and tactics? Whose stance and techniques are they mirroring?

Mass shootings have taken place at churches, in nightclubs, on college campuses, on military bases, in elementary schools, in government offices, and at concerts. In almost every instance, you can connect the dots back to the military-industrial complex, which continues to dominate, dictate and shape almost every aspect of our lives.

We are a military culture engaged in continuous warfare.

We have been a nation at war for most of our existence.

We are a nation that makes a living from killing through defense contracts, weapons manufacturing and endless wars.

We are being fed a steady diet of violence through our entertainment, news and politics.

All of the military equipment featured in blockbuster movies is provided—at taxpayer expense—in exchange for carefully placed promotional spots.

It’s estimated that U.S. military intelligence agencies (including the NSA) have influenced over 1,800 movies and TV shows. And then there are the growing number of video games, a number of which are engineered by or created for the military, which have accustomed players to interactive war play through military simulations and first-person shooter scenarios.

This is how you acclimate a population to war and cultivate loyalty to a war machine.

Why is the Pentagon (and the CIA and the government at large) so focused on using Hollywood as a propaganda machine?

To those who profit from war, it is—as journalist David Sirota recognizes—“a ‘product’ to be sold via pop culture products that sanitize war and, in the process, boost recruitment numbers.”

In order to sell war, you have to feed the public’s appetite for entertainment.

Not satisfied with peddling its war propaganda through Hollywood, reality TV shows and embedded journalists whose reports came across as glorified promotional ads for the military, the Pentagon turned to sports to further advance its agenda, “tying the symbols of sports with the symbols of war.”

The military has been firmly entrenched in the nation’s sports spectacles ever since, having co-opted football, basketball, even NASCAR.

This is how you sustain the nation’s appetite for war.

No wonder entertainment violence is the hottest selling ticket at the box office.

No wonder the government continues to whet the nation’s appetite for violence and war through paid propaganda programs (seeded throughout sports entertainment, Hollywood blockbusters and video games)—what professor Roger Stahl refers to as “militainment“—that glorify the military and serve as recruiting tools for America’s expanding military empire.

No wonder Americans from a very young age are being groomed to enlist as foot soldiers—even virtual ones—in America’s Army (coincidentally, that’s also the name of a first person shooter video game produced by the military). Explorer scouts, for example, are one of the most popular recruiting tools for the military and its civilian counterparts (law enforcement, Border Patrol, and the FBI).

No wonder the United States is the number one consumer, exporter and perpetrator of violence and violent weapons in the world. Indeed, the war hawks have turned the American homeland into a quasi-battlefield with military gear, weapons and tactics. Domestic police forces have become roving extensions of the military—a standing army.

So when you talk about the Florida shooting, keep in mind that you’re not dealing with a single shooter scenario. Rather, you’re dealing with a sophisticated, far-reaching war machine that has woven itself into the very fabric of this nation.

You want to stop the gun violence?

Stop the worship of violence that permeates our culture.

Stop glorifying the military industrial complex with flyovers and salutes during sports spectacles.

Stop acting as if there is anything patriotic about military exercises and occupations that bomb hospitals and schools.

Stop distributing weapons of war to the local police and turning them into extensions of the military—weapons that have no business being anywhere but on a battlefield.

Nikolas Cruz may have pulled the trigger that resulted in the mayhem in Parkland, Fla., but something else is driving the madness.

We’ve got to do more than react in a knee-jerk fashion.

What we need is a thoughtful, measured, apolitical response to these shootings and the violence that is plaguing our nation.

As I point out in my book Battlefield America: The War on the American People, the solution to most problems must start locally, in our homes, in our neighborhoods, and in our communities. We’ve got to de-militarize our police and lower the levels of violence here and abroad, whether it’s violence we export to other countries, violence we glorify in entertainment, or violence we revel in when it’s leveled at our so-called enemies, politically or otherwise.

Our prolonged exposure to the toxic culture of the American police state is deadly.