What Went Wrong in Charlottesville: At All Levels, Government Is Still the Problem 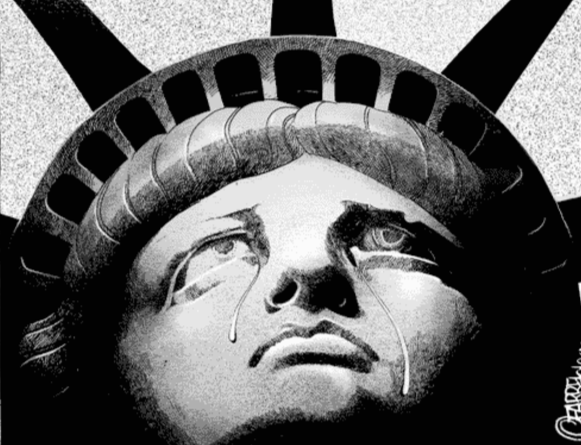 These are the hallmarks of an institution that is rotten through and through.

It doesn’t matter whether you’re talking about the federal government, state governments, or local governing bodies: at all ends of the spectrum and every point in between, a shift has taken place.

“We the people” are not being seen or heard.

Everything happening at the national level is playing out at the local level, as well.

Take my own hometown of Charlottesville, Virginia, for instance.

In the summer of 2017, Charlottesville became ground zero for a heated war of words—and actions—over racism, “sanitizing history,” extremism (both right and left), political correctness, hate speech, partisan politics, and a growing fear that violent words will end in violent actions.

In Charlottesville, as in so many parts of the country right now, the conflict was over how to reconcile the nation’s checkered past, particularly as it relates to slavery, with the present need to sanitize the environment of anything—words and images—that might cause offense, especially if it’s a Confederate flag or monument.

That fear of offense prompted the Charlottesville City Council to get rid of a statue of Confederate General Robert E. Lee that has graced one of its public parks for 82 years.

That’s when everything went haywire.

In attempting to pacify one particularly vocal and righteously offended group while railroading over the concerns of those with alternate viewpoints, Charlottesville attracted the unwanted attention of the Ku Klux Klan, neo-Nazis and the alt-Right, all of whom descended on the little college town with the intention of exercising their First Amendment right to be disagreeable, to assemble, and to protest.

When put to the test, Charlottesville did not handle things well at all.

No one—not the armed, violent, militant protesters nor the police—gave peace a chance on August 12 when what should have been an exercise in free speech quickly became a brawl that left one dead and dozens more injured.

The police, who were supposed to uphold the law and prevent violence, failed to do either.

Indeed, a 220-page post-mortem of the protests and the Charlottesville government’s response by former U.S. attorney Timothy J. Heaphy merely corroborates our worst fears about what drives the government at all levels: power, money, ego, politics and ambition.

When presented with a situation in which the government and its agents were tasked with protecting free speech and safety, Heaphy concluded that “the City of Charlottesville protected neither free expression nor public safety.”

Read Heaphy’s report for yourself.

Not much different from what is happening on the national scene.

Commissioned by the City of Charlottesville, this Heaphy report was intended to be an independent investigation of what went right and what went wrong in the government’s handling of the protests.

Here’s what went wrong, according to the report:

1. Police failed to get input from other law enforcement agencies experienced in handling large protests.

2. Police failed to adequately train their officers in advance of the protest.

3. City officials failed to request assistance from outside agencies.

4. The City Council unduly interfered by ignoring legal advice, attempting to move the protesters elsewhere, and ignoring the concerns of law enforcement.

5. The city government failed to inform the public about their plans.

6. City officials were misguided in allowing weapons at the protest.

7. The police implemented a flawed operational plan that failed to protect public safety.

8. While police were provided with riot gear, they were never trained in how to use it, nor were they provided with any meaningful field training in how to deal with or de-escalate anticipated violence on the part of protesters.

9. Despite the input and advice of outside counsel, including The Rutherford Institute, the police failed to employ de-escalation tactics or establish clear barriers between warring factions of protesters.

10. Government officials and police leadership opted to advance their own agendas at the expense of constitutional rights and public safety.

11. For all intents and purposes, police abided by a stand down order that endangered the community and paved the way for civil unrest.

12. In failing to protect public safety, police and government officials undermined public faith in the government.

The Heaphy report focused on the events that took place in Charlottesville, Virginia, but it applies to almost every branch of government that fails to serve “we the people.”

As the Pew Research Center revealed, public trust in the government remains near historic lows and with good reason, too.

This isn’t America, land of the free, where the government is “of the people, by the people [and] for the people.”

Rather, as I make clear in my book Battlefield America: The War on the American People, this is Amerika, where fascism, totalitarianism and militarism work hand in hand.

So what’s the answer?

As always, it must start with “we the people.”

I’ve always advised people to think nationally, but act locally. Yet as Charlottesville makes clear, it’s hard to make a difference locally when the local government is as deaf, dumb and blind to the needs of its constituents as the national government.

Still, it’s time to clean house at all levels of government.

You’ve got a better chance of making your displeasure seen and felt and heard within your own community. But it will take perseverance and unity and a commitment to finding common ground with your fellow citizens.

Stop holding your nose in order to block out the stench of a rotting institution. Stop letting the government and its agents treat you like a servant or a slave. You’ve got rights. We’ve all got rights. This is our country. This is our government. No one can take it away from us unless we make it easy for them.

Right now, we’re making it way too easy for the police state to take over.

Stop being an accessory to the murder of the American republic.