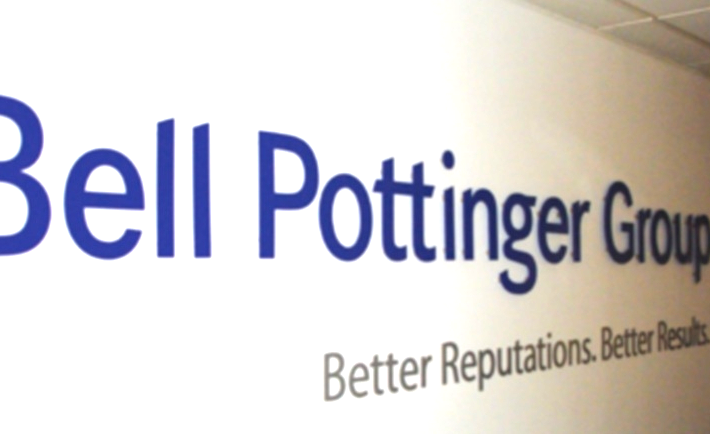 By Craig Murray: One wealthy family through generations has been a pillar of the British establishment, and at the same time responsible for an astonishing amount of harm. Yet you have probably never heard of the Pottingers. Their history can almost make you believe in Grand Guginol stories that a capacity for evil can be genetically inherited. The Bell Pottinger scandal in South Africa, where the PR firm has been found to have deliberately exacerbated racial tension in collusion with corrupt billionaires, is only the latest episode. Here is a glimpse into the astonishing story of the Pottingers.

Purely by chance I have stumbled in three entirely different ways on the activities of the Pottingers in different generations, which is how I can tell this story, and nobody else can.

In researching (my book) Sikunder Burnes, I encountered Sir Henry Pottinger, pillar of the British establishment and Burnes’ boss, who features prominently throughout the book. As a very young man Henry undertook one of those heroic journeys in disguise that were a staple of Raj exploration, across the Baloch lands to Persia. But he developed into an extremely bellicose imperialist, craving the annexation of the territory of modern Pakistan. He also developed a pathological hatred of Burnes. This caused him to contradict Burnes’ advice to disembark Sir John Keane’s Bombay Army at Karachi in 1839, instead choosing a completely unsuitable beach. He also overruled Burnes’ personally reconnoitred supply line through the Thatta desert. Both decisions were wrong and based on intense jealousy of Burnes, and caused major delays and losses to the army.

Henry Pottinger found the outlet for his Imperial aggression in the Opium War, as breathtakingly immoral a war as any in the history of all Empire, in which Britain forced China to accept the flow of opium from the East India Company. After killing Chinese with brutal efficiency, Pottinger was responsible for the forced cession by lease of Hong Kong as a UK colony. He became the first Governor of Hong Kong.

The history books are coy on the circumstances which led to his tenure of Hong Kong being cut short, and this being beyond the scope of my Burnes book I did not get into manuscript research on it, but it involved a dispute with the British merchants and involved both Henry Pottinger’s personal money-making schemes and his relationship with “pretty Mrs Morgan.” Removed to South Africa as Governor of Cape Colony, the history books are more explicit about why he did not last long there. G M Theal’s History of South Africa recounts:

No other Governor of his colony ever lived in such open licentiousness as he. His amours would have been scandalous in a young man, in one approaching his sixtieth anniversary they were inexcusable… a cold, calculating, sneering, unsympathetic demeanour prevented men of virtue being attached to him.

Henry’s nephew Eldred became famous to Victorians as “The Hero of Herat”. It is a great story of the British Empire. On shooting leave, Eldred Pottinger was indulging in the favourite heroic occupation of exploring the North West Frontier of the Raj in disguise. He chanced to be in Herat when this Afghan city came under lengthy siege from a Russian-officered Persian army. The cowardly Afghan rulers would have been overwhelmed but fortunately the lone plucky Brit in the City organised the defences and held the Russian hordes at bay, preventing their marching on India. Famously, at one point when Persian troops had breached the defences, Pottinger drove the cowardly fleeing Wazir, Yar Mohammed Khan, back to fight with the flat of his sword.

Except it is all utter bullshit. Surviving manuscript letters of Alexander Burnes make plain Pottinger was in Herat on Burnes’ orders, and Burnes explicitly states that Eldred Pottinger’s presence in the city being “on leave” was a ruse because Britain was breaking its explicit treaty obligation to be neutral in a conflict between Afghanistan and Persia. Yet no British historian has ever published this until I published Sikunder Burnes – even Peter Hopkirk and William Dalrymple repeat the lie of Eldred being there accidentally.

Furthermore the idea that the Afghans were cowards inspired by a true Brit is total nonsense. Pottinger was by no means the only European involved in the city’s defence. The entire story of the “Hero of Herat”, including the bit about driving the Wazir to the breach with his sword, was concocted by the Raj’s great Victorian propagandist, Sir John Kaye. The only evidence for it was said to be in Pottinger’s own journals, which were “accidentally” destroyed in a fire in Kaye’s study. To be fair to Eldred Pottinger, Burnes (who knew the Wazir well and doubted the story) records that Eldred never spoke of his famous exploits, and became embarrassed when they were mentioned. Eldred Pottinger survived captivity in the First Afghan War but died during the Opium War, possibly by suicide.

Henry Pottinger’s son Frederick occupies a position in Australian folklore akin to the Sheriff of Nottingham in England, as the ruthless enforcer of harsh British rule and enemy of the Bushrangers. While the latter are unfairly romanticised, there is no doubt Fred was a nasty piece of work.

Eton educated, Frederick whored and gambled his way through much of the family estate, and although his father was a senior Imperial governor, Fred was cut off and sent to a lowly position in the New South Wales police. All of Henry’s ruthlessness in the Opium War was displayed by Fred in law enforcement in Australia. In March 1863 a young boy accused of being a gang lookout died in detention under Fred Pottinger and his notoriety spread. In 1865 Pottinger was dismissed for his violent conduct in pursuing fugitives, and died shortly thereafter in a gun accident, again possibly a suicide.

The Pottingers continued right at the heart of the British political establishment, and I skip several generations – but assure you it is the same family – to come to William Pottinger. The most disgusting example of a modern corrupt civil servant imaginable, William was right up there in the monarchical pecking order, awarded by the Queen as a Companion of the Royal Victorian Order and Companion of the Order of the Bath. While Permanent Secretary at the Scottish Office, Pottinger corruptly handed the architect George Poulson a contract to design the Aviemore Centre. Poulson’s bribes to Pottinger included £20,000 cash, cars and Savile Row suits. William Pottinger was sentenced to seven years in jail, reduced to four on his flashing his royal awards and establishment connections. Oh sorry, I meant on appeal.

This was the second time I came into contact with the baleful Pottinger story, my own father having a relationship with Poulson and Pottinger through T Dan Smith, my father serving for years as a manager at the Aviemore Centre where I also worked throughout my teens.

After jail William published, under his middle name George Pottinger, execrable biographies of his ancestors Henry and Eldred Pottinger, which elide pretty well all I have told you here.

The son of the disgusting criminal William George Pottinger is Piers Pottinger, and I wish to make plain that I do not believe that psychotic behaviour can be inherited and that in no way is this blog intended to imply that Piers Pottinger, Chairman of MySquar Ltd registered in Tortola in the entirely respectable British Virgin Islands, is in any way connected with anything dodgy. Mr Pottinger is a highly accepted pillar of the British establishment just like all his ancestors.

Piers currently chairs the Asian wing of Bell Pottinger, which he co-founded with Tim Bell. They were famously propagandists for Thatcher and also Tory Party donors. Until the current massive corruption scandal in South Africa led to suspension of operations, Bell Pottinger had represented an entirely respectable slate of clients including:

I could go on.

This current manifestation of this “remarkable” family was the subject of my third personal stumbling on information. In about (from memory) 2006, Uzbek opposition leader Mohammed Solih visited Britain, after I had helped campaign to get him a visa. While here, one businessman took him to a meeting in a grand board room in the City of London. There an astonishing presentation was made to him, and an astonishing proposition put.

Solih could be made President of Uzbekistan in a year. Substantial money would be invested upfront to undermine President Karimov. Key named leaders in the Uzbek security services and defence forces would be bought up. The media narrative to the Uzbek public would be secured. Financial sector activity would isolate Karimov’s access to his money in the UK and Europe. A revolution could successfully be procured. In return, all Solih had to do was to sign contracts to deliver Uzbekistan’s oil, gas, gold and uranium to certain Western companies – special purpose vehicles which disguised who really would benefit.

Solih was astonished. “Just who are you?” he joked “are you MI6 or the Illuminati?”

No, came the reply, we are Bell Pottinger.

Solih of course refused to sell his country down the river. The story sounded amazing when he first told me, but in the light of what we now hear from South Africa it makes perfect sense.